ANA All Nippon Air is a five-star airline and one of my favorite airlines between North America and Asia. They have now launched the renovation of their fleet of 50 Boeing B777 long-haul with the first plane entering service next month on the Tokyo -London route. Each plane will feature suites in First and Business Class as well as refreshed Premium Economy and Economy cabins and a friendlier entry and common area! Get more details, photos and video below!

ANA is rated a 5-star airline by SkyTrax and has a very good reputation for their premium cabins. They are stepping it up a notch with a new First Class product, called “The Suite” that  offers more space, doors for privacy and the largest 4K TV screens in the air at 43in! The seats are made by Apex, who also provided previous premium seats, and have a modern decor! 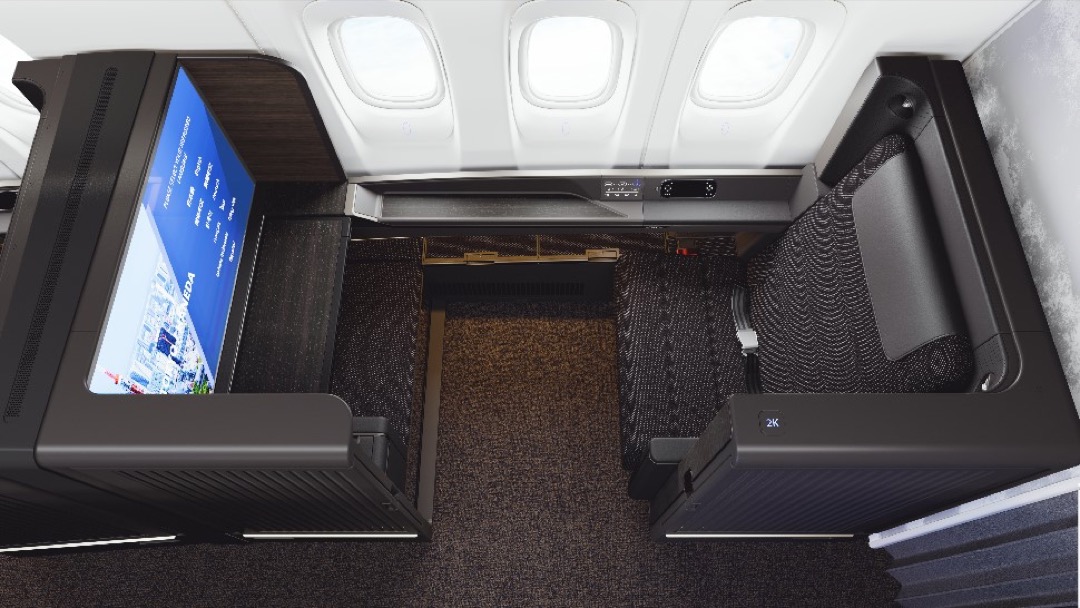 ANA already has a great business class, including excellent service and, what is for me, one of the most comfortable business class seats in the air! The old Apex Suite has very private window seats and long beds that don’t narrow too much at the feet, making it a great place to sleep for tall people like myself.
The new Business Class, called “The Room”, will feature much wider seats in a 1-2-1 layout with individual doors. Each B777 will have 64 business class seats instead of 68, giving slightly more space to each seat. The seats will also feature large TVs!

The seats remind me of the current Singapore Airlines Business Class – which has some pros and cons. While they are very wide, they are short and have a narrow foot well, forcing you to sleep at an angle and making it difficult for tall people to be comfortable. The “bench style” seating is also less comfortable for lounging and watching TV. 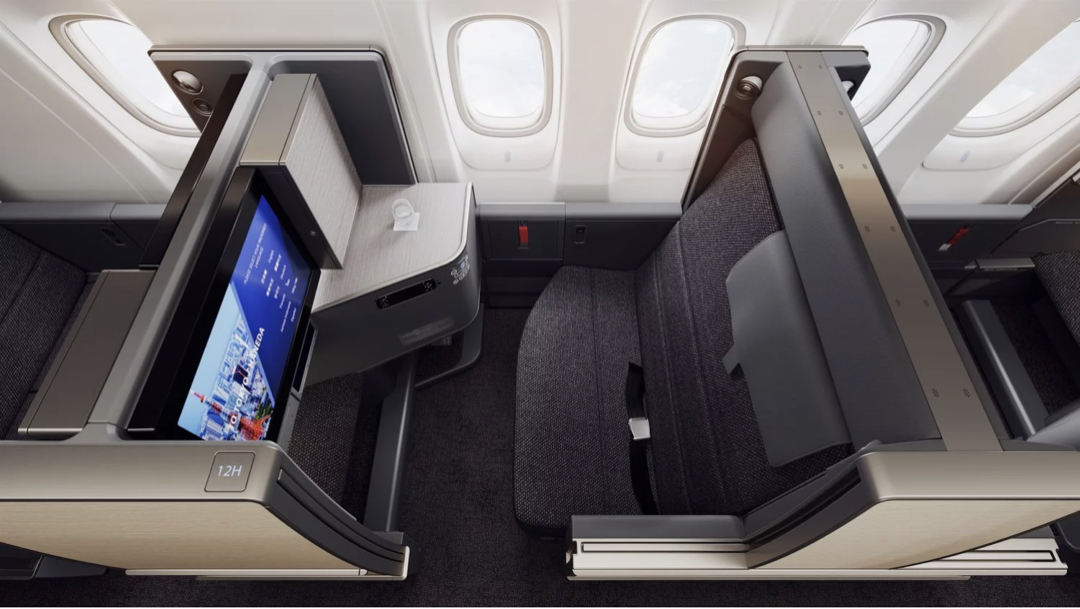 So, while the new business class seats look fantastic, I’ll withhold judgement until I’ve had a chance to try them out for comfort – the prettiest seat doesn’t matter if I can’t sleep well in it!

The news is much more mixed for Economy travelers. ANA is also launching refreshed Premium Economy cabin that features the same 2-4-2 layout with new designs. 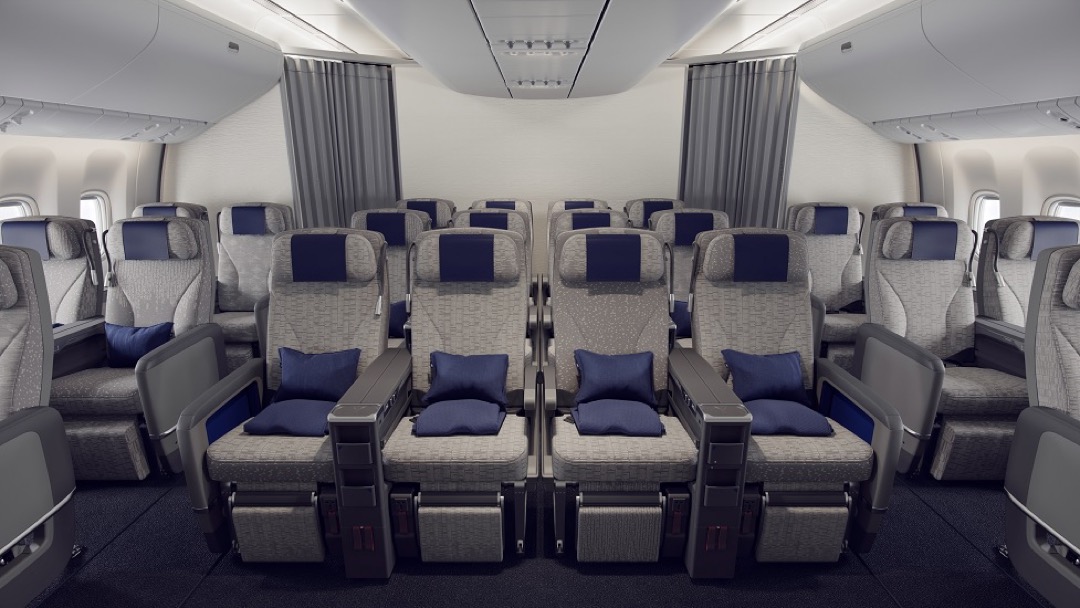 The ANA Economy cabin will also get a new decor and will have a standard 3-4-3 layout, as you can see from the photo below. Some older ANA B777 planes still have a 3-3-3 layout, reducing the space for each seat – I’d rather have a wide, old seat than a tight, new one. 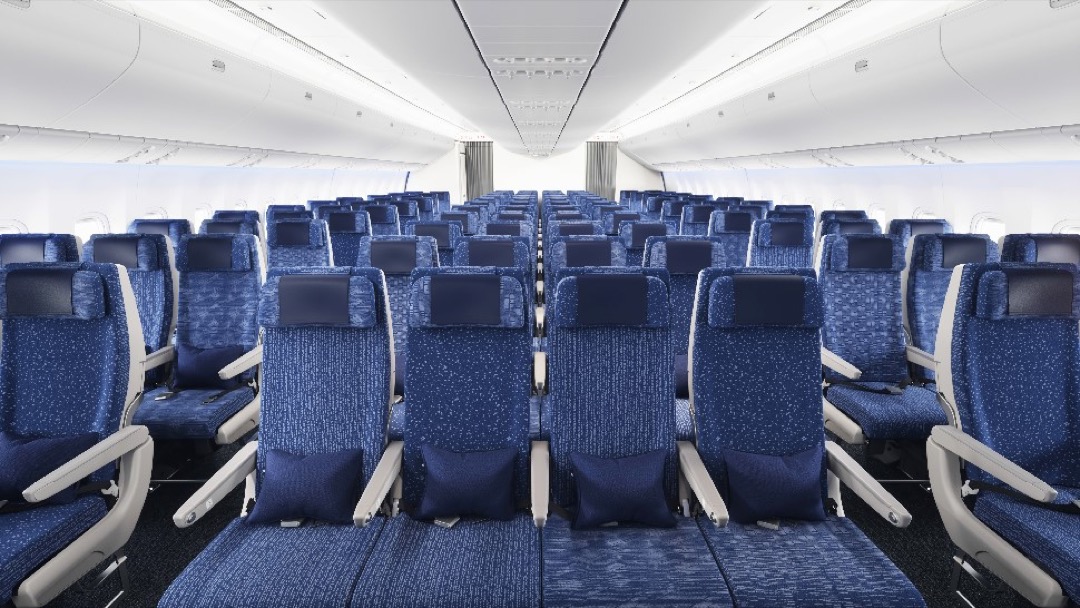 ANA is also rolling out a self-service area, so you can get up for a stroll and grab a snack or drink during a long flight – that’s a useful improvement I very much welcome! 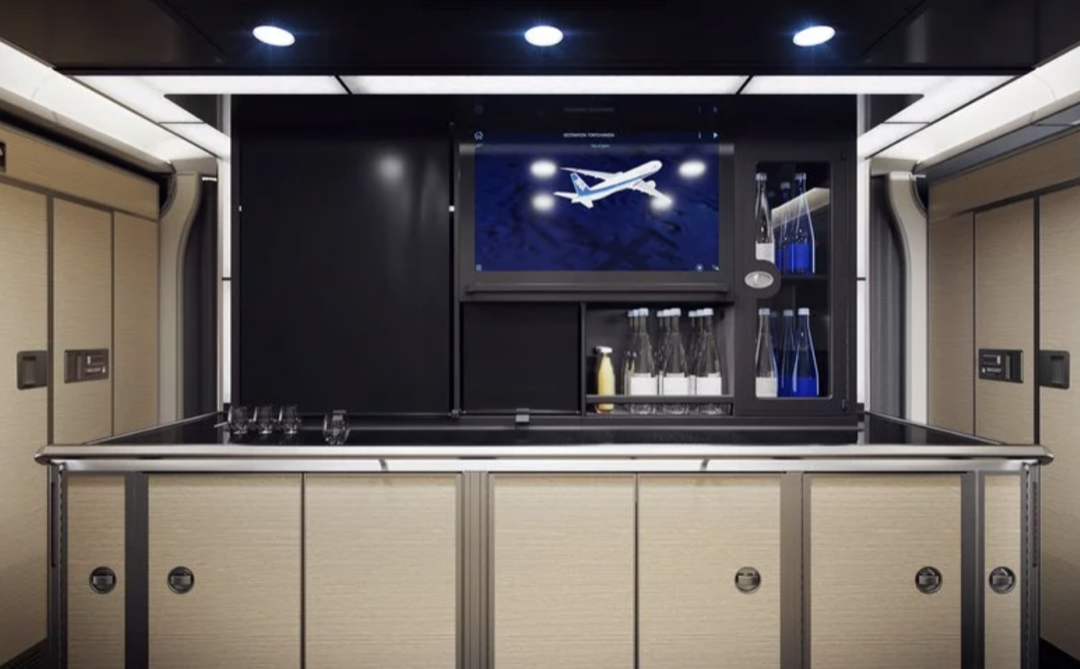 Overall, this looks like a very nice upgrade of the existing cabins and I’m looking forward to try out the new Business Class and maybe even splurge on the new First Class. Get a better feel for the cabin in the video below.

With the first plane already starting to fly next month, it’s much more likely to happen soon than on some over-hyped new cabins (cough…. United Polaris…. cough) that take years to roll out!