All Nippon Air is one of the two main carriers in Japan. They have flights all over the world and as a member of Star Alliance, connect to many destinations in Japan and all over Asia. Could they be an option for you? 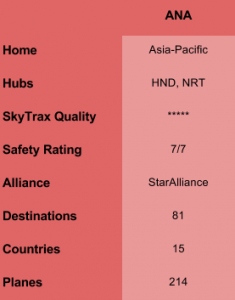 ANA – who are they? All Nippon Air (ANA, airline code NH) is based out of Tokyo’s Haneda and Narita International Airports (HND, NRT). They currently serve 49 airports in Japan and 32 international routes to the USA, Canada, Germany, France, UK and all over Asia. They operate a fleet of 214 planes with a wide variety of Airbus and Boeing types and configurations. ANA was the launch customer for the Boeing 787 and has a number of them today.

Skytrax rates ANA a 5* Airline, their highest ranking. They have been in the Top 10 for the last three years, making them one of the premier airlines around the world. Airline Ratings gives them a 7 (out of 7) safety rating, also the top rating available.

ANA has its own frequent flyer program, ANA Mileage Club, and is part of StarAlliance, the largest airline alliance in the world, giving members plenty of earning and redemption options. 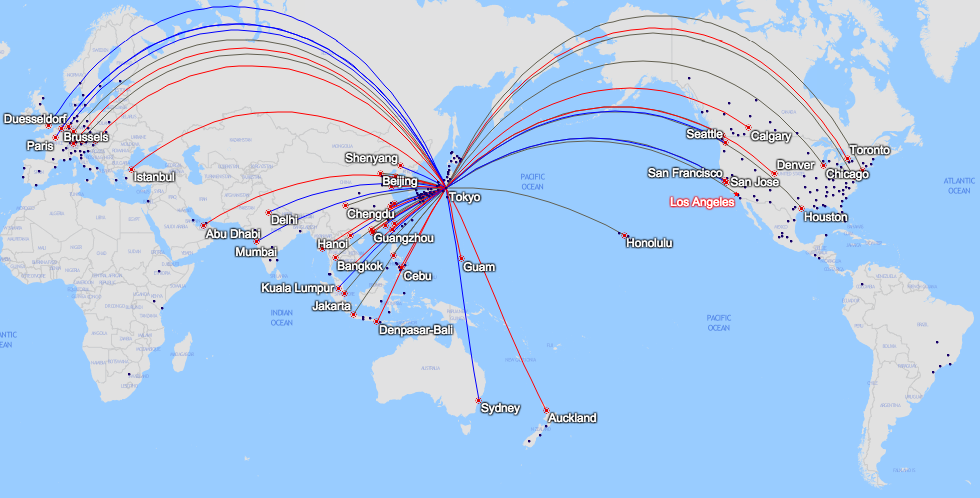 Why should I care? ANA is a premium network carrier, giving you a choice of First, Business, Premium Economy and Economy Class across their network. As a member of StarAlliance you might end up on ANA on flights to Japan or Asia, even if you purchased a ticket with another StarAlliance carrier. For example, United cancelled several of their South East Asia destinations, connecting to ANA operated flights instead.

If you are used to the poor economy product of United or the mediocre business class products of United or Lufthansa, you will be delighted by the competing, nicer products ANA has to offer! If you want to stay within the StarAlliance group for mileage earning or redemption, this is a great alternative to those carriers.

What else do I need to know? ANA has the majority of flights into Tokyo’s Haneda airport, the closest to downtown Tokyo. It’s also a fairly compact airport, making it more convenient than Narita. So, if you have to go frequently to Tokyo on business, this is one of your best options.

ANA was the launch carrier for the Boeing 787 Dreamliner and currently has with 35 B787 more planes of this type than any other carrier. If you want to try it out (which you should!), ANA gives you plenty of route options.

ANA Mileage Club is a rewards program generally competitive with other Asian network carriers. Within StarAlliance, it has always had one of the best award search tools (it has been my go-to search engine for years), although the recent website redesign caused some hick-ups.

For more information about ANA, you can read my reviews of their Economy Class, Business Class and lounges at Haneda and Narita (coming soon).