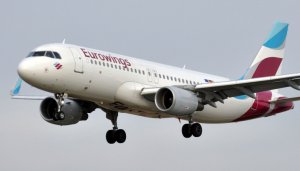 On the Capital Markets Day on June 24, 2019, Lufthansa Investor Relations provided an update on the plans of the airline group. And that includes a turnaround of struggling low-cost subsidiary Eurowings, which will re-focus on short-haul, point-to-point flights with a fleet of Airbus A320 planes only. The planned integration of Brussels Airlines into Eurowings will be stopped and a new turnaround plan for the Belgian airline is in the works. Find out how that will impact your travel plans below!

Eurowings was built from multiple airlines Lufthansa Group acquired over the years and had ever-changing objectives. The biggest impact was the take-over of failed airberlin, including long-haul routes an turbo-prop planes. All of that left Eurowings as what I described as a hybrid-carrier, somewhere between a low-cost carrier (LCC) and a full service airline: Eurowings charged extra for luggage or food, but also offered a business class with lie-flat seats and even lounges. They operated point-to-point on shorter flights, but also had hubs with connections to long-haul flights. The many acquisitions left Eurowings with a hodgepodge of planes, 4 (!) Airline Operating Certificates (AOC) in Germany alone and crews all-over the place. It also settled them with higher operating costs than other LCC, a terrible operational performance in 2018 and and unclear differentiation from Lufthansa.

Now, Lufthansa is cutting through all that and re-focusing Eurowings as a short-haul, lower cost airline that’s more clearly differentiated from Lufthansa:

Eurowings will standardize on Airbus A320 short-haul planes. They will phase out the small turboprop planes they inherited from airberlin, transfer the wide-body A330 to the network airlines and get rid of some of their oldest planes.
They will standardize on one AOC for Germany and focus on the secondary airports they are strong in, including Hamburg, Cologne, Stuttgart and Duesseldorf. The simplification of fleet, operations and hubs is expected to increase the efficiency significantly, making Eurowings (more) profitable. 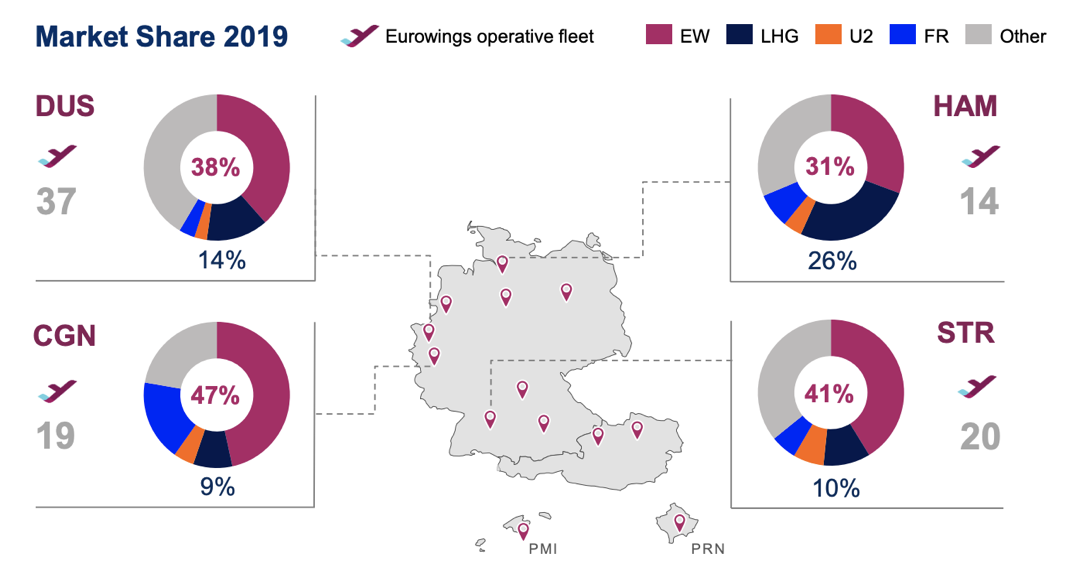 Lufthansa also shared that Eurowings currently has a much higher yield (is able to demand higher prices) than competing low-cost carriers. 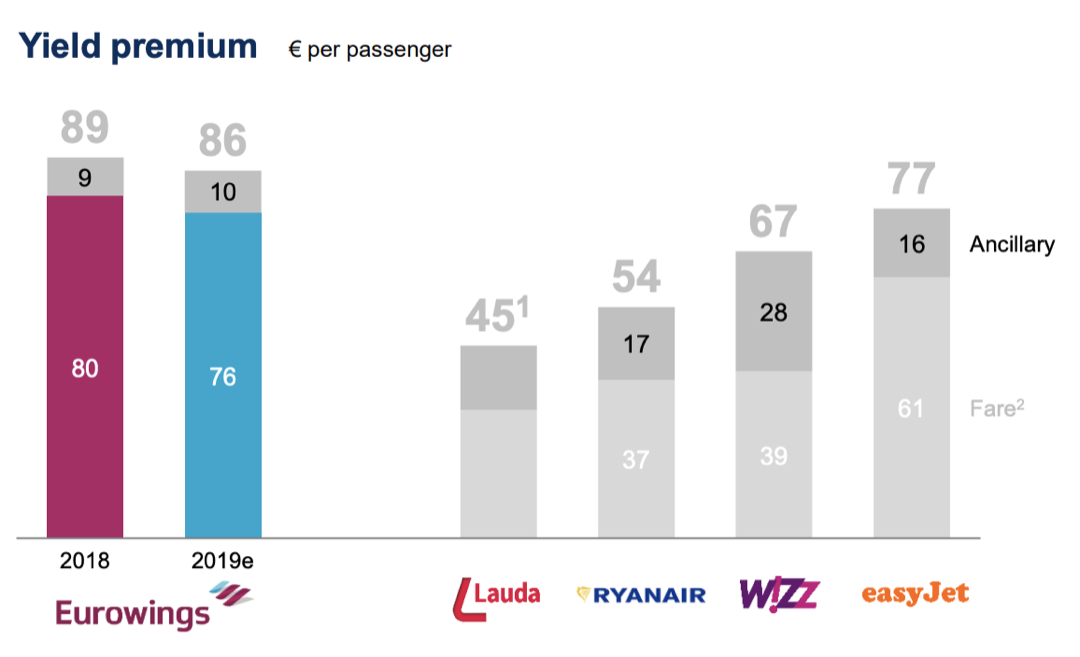 That is likely to shrink as Eurowings gives up some of their premium attributes and LH is planning to make up for it, you guessed it, with ancillary revenue by selling you hotel rooms or car rentals in addition to your seat, luggage and food!

Bottomline: I understand the business rationale for these changes from an investor perspective – Eurowings had become too complex to fulfill its purpose in the Lufthansa Group.
But from a customer perspective, it remains to be seen whether these changes will be positive or negative: Many people in Germany’s secondary cities were happy about will long-haul, non-stop flights from, for example, Cologne – will these be taken over by one of the other group airlines – or will travelers have to connect through one of the hubs? I quite enjoyed the premium hard product (the same really as Lufthansa) and good service on Eurowings – will they maintain that or go down to the level of Ryan Air?
For more details, check out the Investor Day Presentation. I will keep you posted on the ongoing changes at Eurowings.