Accor Hotels has been making news by investing into experiences beyond the hotel stay, including onefinestay, food and events. The strategy is to become a “lifestyle” company that delivers experiences and not a mere bed & shower. In line with this strategy, Accor has now announced an overhaul of their loyalty program: good bye Accor LeClub, welcome ALL – Accor Live Limitless! Find out what that entails!

Accor, true to form, announced the changes with great flair and little details. Thankfully, they have started to fill in the detail, probably after the groans from their elite members about the lack of clarity.

Accor has announced that the recently acquired brands will join the program, including The House of Originals, Delano, Mondrian, SLS, Hyde, 21C, Mantis, Mövenpick, Orient Express, 25hours, Mantra, Art Series, Peppers and Breakfree.
That is great news, although we will have to wait to see to what degree they will join. For example, Raffles and Fairmont currently participate, but you don’t get any status benefits at these properties, for example no lounge access for Platinum members.

There will be two new, premium status levels, above the current top level Accor LeClub Platinum:
Diamond will be achieved with 26,000 status points (compared to 14,000 for Platinum), requiring a spent of $11,873 at higher-end hotels or a staggering $23,854 at ibis hotels, making it almost impossible to achieve with stays at Accor’s budget hotels. There is no indication of achieving Diamond with nights, so it’s spend only.
There will also be an “invitation only” level that will likely require an undisclosed amount of spend in access of the above, similar to Global Service of United Airlines.
Both levels will receive “additional in-hotel benefits” that are not further specified at this time. I’d assume this will be similar to the benefits of the former Fairmont President’s club, where frequent guests would receive dining or spa vouchers, upgrades or lounge access.

According to Accor, all existing elite levels will retain the same level of benefits. In addition, Platinum elite members will receive one confirmed suite upgrade on achieving Platinum and up to 12 total, one for every 4,000 additional status points (or $1,827 spend).
While that sounds like a great addition, as a current Platinum member, I view this with trepidation – currently, as the top-tier member, I receive occasional suite upgrades for free. Once there are two higher levels and suite upgrade certificates, I’d expect those free upgrades to stop or become very rare for Platinum members. So, for now, I assume this to be a net-loss for Platinum members, as I have experienced more than 1 free upgrade each year!
I expect similar consequences for Gold and Silver members who will now be much lower on the totem pole! 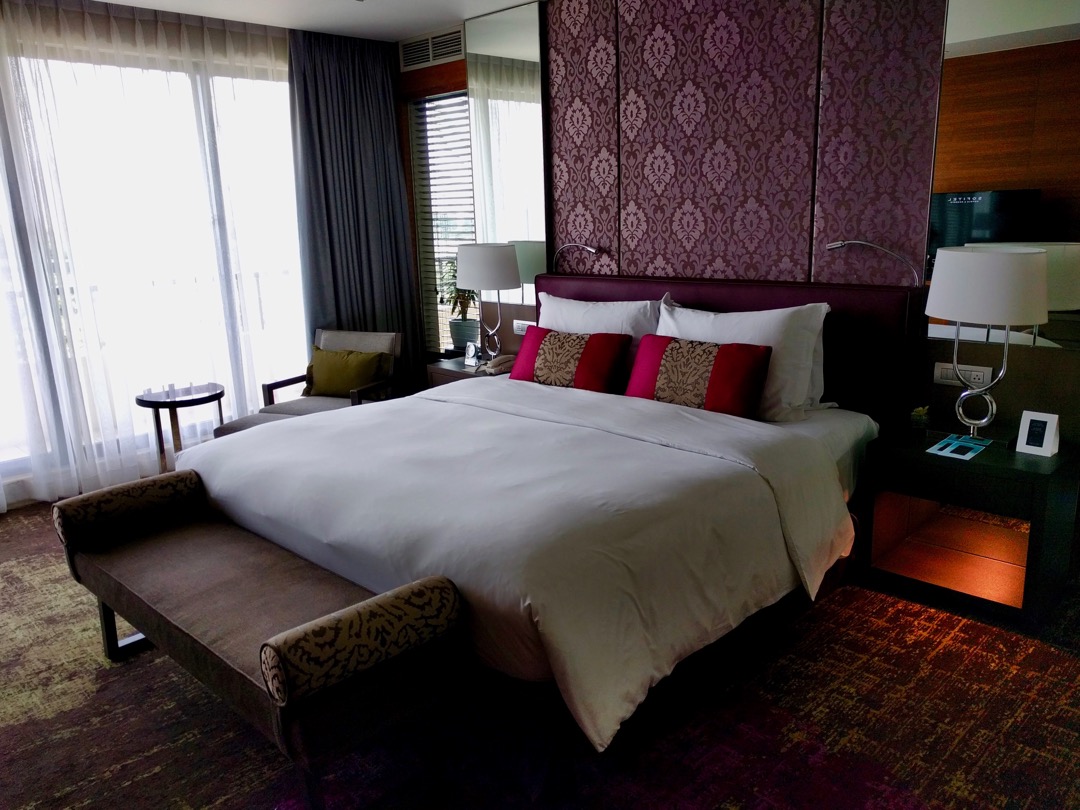 Suite Bedroom at the Sofitel Manila

Accor is also rolling out new partnerships. As part of the press release, they announced that this includes a partnership with AEG, giving members access to premium venues providing over 60,000 tickets and private suits in Latin America, Asia and Euorpe.
It’ll also include a partnership with IMG, giving access to chef masterclasses and culinary encounters in London, Paris, Sao Paulo, Hong Kong and Toronto.

They are also promising enriched benefits – for now, that appear to be the guaranteed suite upgrades and unspecified “in hotel benefits”.
I’ll want to see what that means before rendering judgement how much “enriched” those benefits are….

The last pillar are a new identity and branding. Accor is moving back from Accor Hotels to just Accor and from Accor LeCub to ALL. They are planning to launch a new website and app. Given the poor performance of the current website and app with its many flaws, I would applause the investment, but I fear it’ll be for a pretty re-branding, rather than to fix the many flaws.
They are planning to spend EUR225 million on this, alas that includes the steep fees of reportedly EUR50M to sponsor Paris Saint Germain Soccer Club, formerly sponsored by Emirates!

I will continue to update this post as more details are released. You can read the press release here. For now, it seems like a mixed bag for existing members. I’m already well on my way to achieve Platinum status in 2019 (for 2020), but will have to assess my personal plans for 2020, once all the details are clear.!