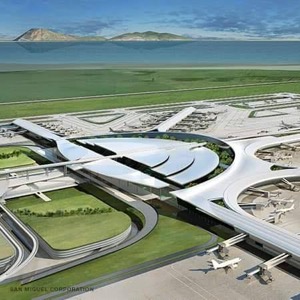 The Philippine Department of Transportation has signed a contract with San Miguel Corporation, a local conglomerate, to build the New Manila International Airport in Bulacan for an estimated $14 Billion. It is expected to break ground later this year, with the first phase to open in 4-5 years. Future phases will bring 4 runways and accommodate up to 100 million passengers a year. The selected site, about 35km North of Manila’s current airport NAIA, will allow for expansion to 6 runways and a capacity of 200 million passengers – almost 7 times the design capacity of NAIA!

The Philippines main gateway to the world, Manila’s Ninoy Aquino International Airport (NAIA) with the airport code MNL, has been in the news mostly for the delays, poor services and plentiful scams. Renovations have brought it up to modern standards, but the limited space and the single runway make it one of the most congested airport in Asia – it is processing more than 40 million passengers a year, but was only designed for 30 million. The congestion results in frequent flight delays and both local airlines, Philippine Airlines and Cebu Pacific, have terrible on-time records hovering in the 60s % at the bottom of all airlines.

Discussions about expanding NAIA with a second runway, building a new airport to the South or expanding the former military airport at Clark have been going on for years, with different wealthy families pushing one or the other and different administrations leaning towards different families.
Finally, all this back and forth appears to come to an end with the contract signed between the Philippine government and San Miguel Corporation (SMC). The airport will be built to 100% with private funding and without government subsidies, at a cost of PHP734 Billion (approx US$14B). In return, SMC will receive a 50 year concession to operate the airport, making it what must be the largest privately built and run airport in the world! 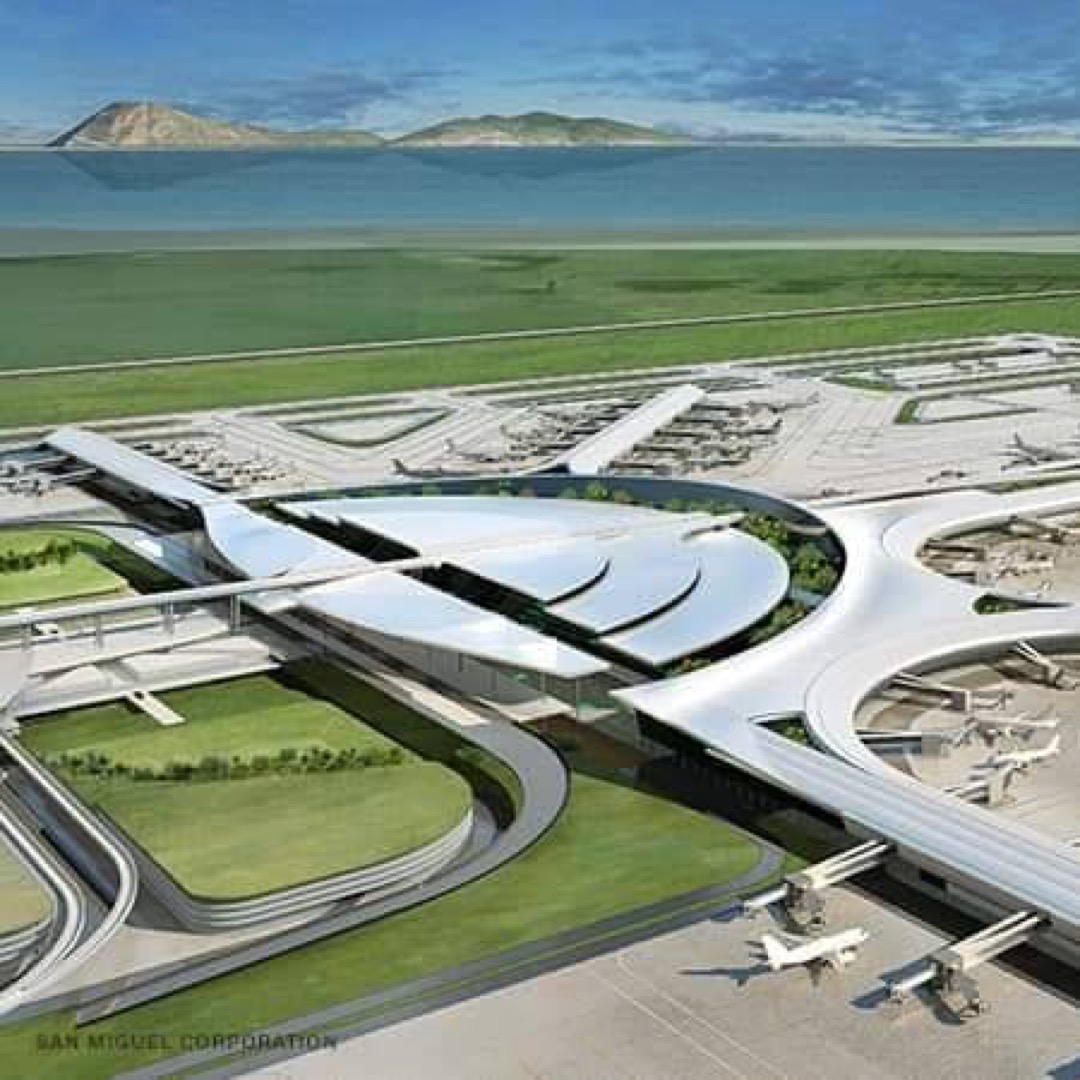 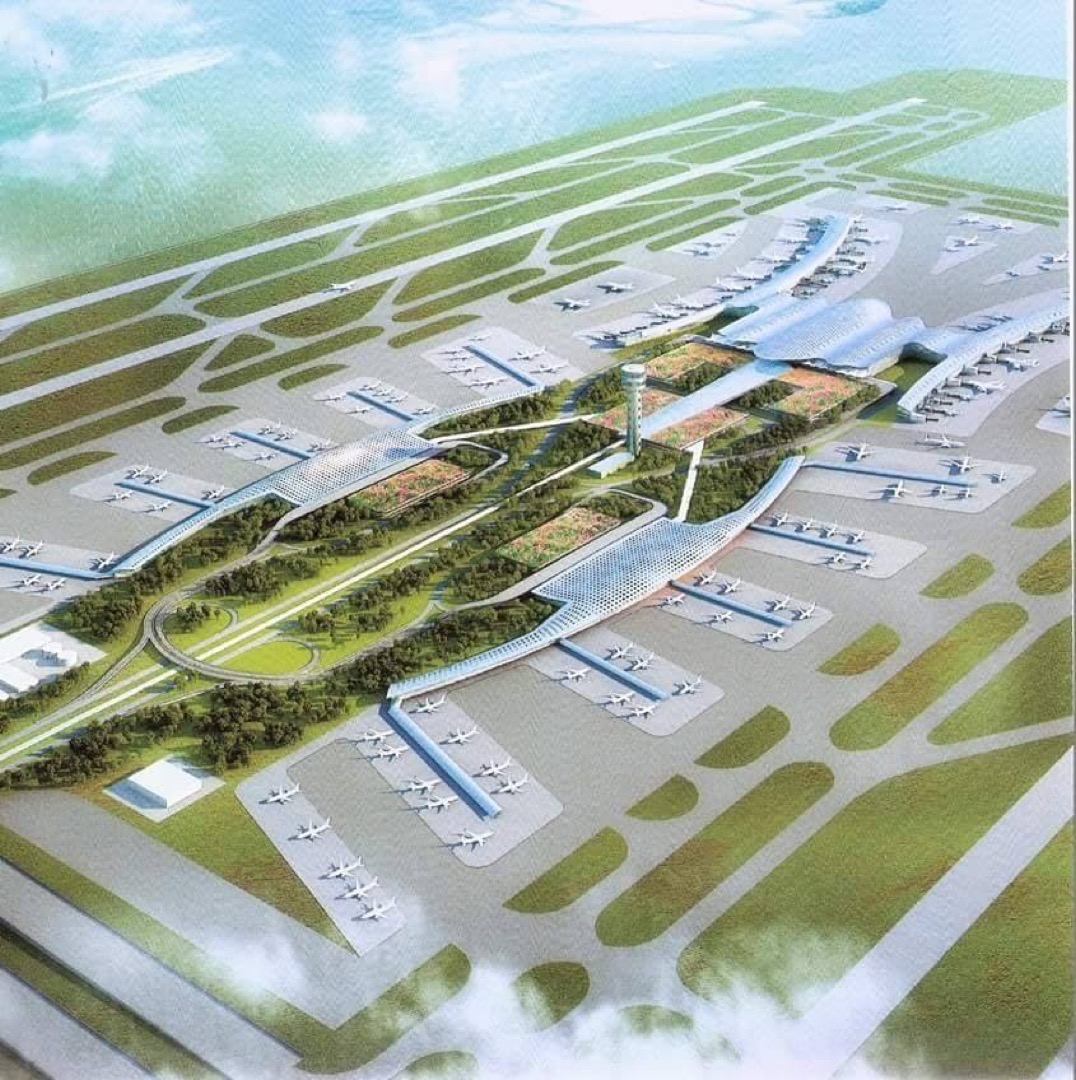 A big concern is the distance from the center of Manila, around 30km North of the Financial Center of the city. Traffic in Manila is horrific and it could take more than 2h in traffic to get there. Yet, SMC is envisioning additional expressway links and an airport train to connect the airport to the city, promising a trip of only 45 minutes from Manila.

It’s exciting news that the Philippine Government is finally taking action to expand the airport capacity for Metro Manila, having exceeded the design capacity many years ago. It’s great that they are not just fixing the current situation with more bandaids, but are looking ahead and build and airport that can last for decades!
I also consider the private business leadership a good thing, San Miguel has a good reputation for completing large scale projects on plan. The plan to complete the first phase in 4-5 years seems ambitious, but I’m certainly keeping my fingers crossed.
I won’t hold my breath on the promise to reach the airport in 45 minutes though – I have spent more time than 45 minutes just to get to the expressway entrance (2km from my place), never mind driving 30km on it! Without the envisioned airport train, it’ll be difficult to get 100 million passengers to the airport!
It will also be interesting to see how the new airport will compete with Clark to the North and NAIA in the center of the city – many flyers will probably prefer to continue flying from a central airport, so the plans of Philippine Airlines and Cebu Pacific will be critical for the airport success.

You can find updates on the New Manila International Airport Facebook Page.
If you’d like to get more travel related news or deals like this from around the world, please follow me on Twitter – I’m posting news daily, so you can stay up to date on the world of travel with my Twitter updates! Or, for a weekly update, sign up for my newsletter for a Sunday Summary!