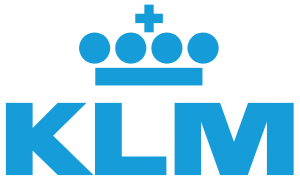 KLM Royal Dutch Airlines is the flag carrier of the Netherlands and the oldest airline still operating under their original name, since 1919! I have flown them a few times and have all the facts and figures below, to see if they are a good fit for your travel plans! 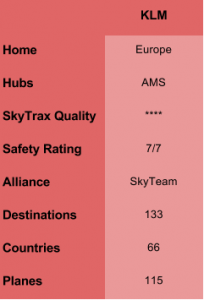 KLM – Who are they? KLM (IATA code KL) is based out of Amsterdam’s Schiphol airport. As small as the Netherlands are, they only 2 two domestic destinations, but a total of 133 destinations in 66 countries, giving them a broader geographic reach than most global carriers, including destinations all over Europe, Africa, the Middle East, Asia, as well as North and Latin America. Their subsidiary KLM Cityhopper operates regional flights to an additional 44 destinations across Europe! The merger of KLM and Air France has made the joint company one of the largest airlines in the world!
KLM is going through a fleet renewal program and is operating a mix of Boeing B737 for short-haul destinations, B777 and B747, as well as Airbus A330 jets. They have a number of new B787 Dreamliner and A350 on order! KLM Cityhopper operates a fleet of regional jets from Embraer and Fokker for their short-haul flights. 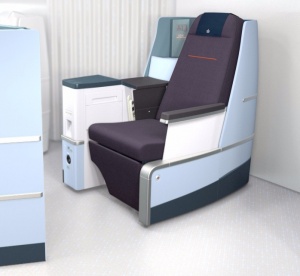 KLM offers 2 ½ classes of service. On long-haul flights, they offer a business class product with a hodge-podge of seats: A lot of planes still have old-style recliners and angled-flat seats – fully flat beds were introduced in 2013, very late in the market. A new seat in a 1-2-1 configuration will be rolled out with new B787 coming into the fleet! Their short-haul Business Class product is similar to other European airlines, with economy seats, empty middle seats and improved service. They have a “premium” economy product, which only differs in seat pitch from the regular economy product, compared to a true premium economy class on Lufthansa or Singapore Airlines.
SkyTrax rates KLM a four-star (out of 5) airline, putting them on par with Lufthansa or British Airways and ahead of the large US carriers. Airline Ratings gives them a perfect 7 (out of 7) safety rating.
KLM participates in the Flying Blue rewards program, shared with Air France and is a partner in the SkyTeam alliance.

Why should I care? If you are a SkyTeam member, for example with Delta in the US, KLM and AirFrance give you great access to Europe. KLM also serves some unusual destinations in the Caribbean, Africa and Asia, for example Uganda, Republic of Congo or Sint Maarten.
The Flying Blu program offers regular promotions for award tickets, giving you a chance to redeem for a free flight with fewer miles!

What else should I know? With the large variation of planes and seats, you should check seatguru to see what you are getting, especially in business class – there is a world of difference between a fully flat bed and an old-fashioned recliner seat! KLM Cityhopper has gone through a fleet renewal and I found their economy class to be pleasant!
The integration of SkyTeam partners is not very reliable – my status on their partner Alitalia was not recognized and online check-in was more painful than it should be in 2015!