Jet Airways has ceased all operations, leaving thousands of travelers stranded around the world. Jet Airways was in negotiations with lenders to rescue the struggling airline, but wasn’t able to get financing to continue operations and had to shut down. While those negotiations are continuing, the likelihood of rescue is getting smaller by the day, as airports re-assign valuable landing slots to competitors and leasing companies transfer Jet Airways planes to other airlines, reducing the value of the company to likely investors. If you are scheduled to fly with Jet Airways, you should take action immediately. Find out what to do.

Jet Airways India started flying in 1993 and became the second largest airline in India with more than 100 planes serving over 50 destinations in India, Asia, the Middle East, Europe and North America. It briefly became the largest Indian carrier in 2010, but descended into financial troubles soon after and never recovered. India is a low-yield market and competition among the airlines is fierce, with a number of low-cost carriers having made Jet Airway’s life difficult in the last view years.

A number of parties, including current shareholder Etihad and the conglomerate Tata have supposedly expressed interest, but time seems to be running out. Airports have (temporarily) reassigned precious landing slots at India’s busy airports to meet demand and leasing companies have started to re-assign Jet Airway’s planes after the carrier failed to make payments and had to ground the planes. Employees are demanding government support, but so far none of that has resulted in a new plan for the airline. The more time competitors have to fill the gap Jet Airways has left, the less value there is in picking up the defunct carrier. 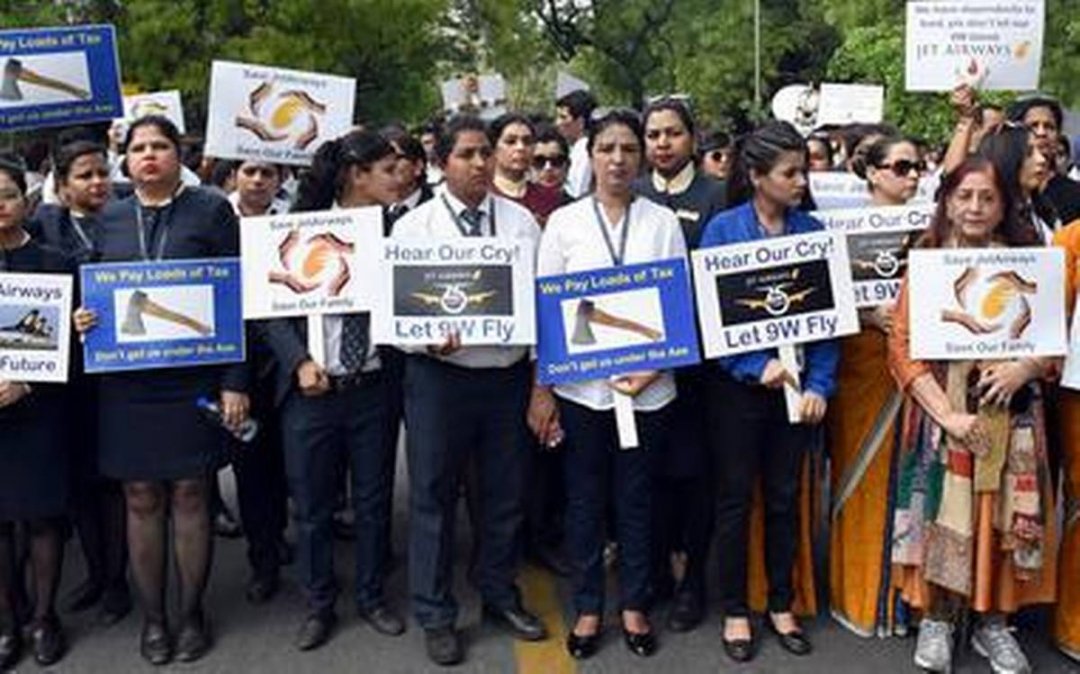 What should you do: If you are scheduled to fly on Jet Airways, you should take action immediately:

If you purchased your ticket from Jet Airways and your ticket number starts with 589, you have to organize alternative flights on your own. You are not likely to receive any refund and should contact your credit card company for reversal of the charge. Credit card companies in the US and a number of other countries have processes in place for bankruptcy of airlines and you may be able to get a full refund. If you purchased travel insurance, carefully check the terms for a possible refund.

If you purchased your ticket through a partner airline and your ticket number does NOT start with 589, the ticket issuing airline is responsible for your flights and has to make alternative arrangements. Contact the ticketing airline immediately and request alternative flights immediately. If your flight is several months out, they might ask you to wait, but I’d follow up frequently and insist on a rebooking – the longer you wait, the fewer options you’ll have to find a flight that works for your schedule.

If your flight was part of a tour package and you purchased the package in Europe, you are likely protect under local consumer protection laws and the tour operator is responsible for the rebooking. Similar to above, I’d recommend to contact your tour operator and insist on a rebooking as soon as possible to make sure the flight changes fit your travel needs.

The airline markets around the world are very dynamic and competitive. While I value the competition and the choice and affordable pricing it brings, it also results in disruption and the failure of some of those airlines. The last few years of brought a number of airline bankruptcies and I expect more to come. You can protect yourself by considering the quality of the airlines you choose, using credit cards to pay for your tickets and possibly purchasing travel insurance to cover potential fallout.