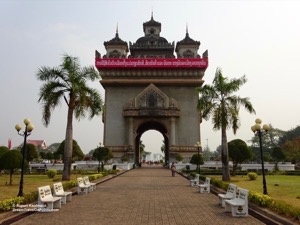 Vientiane is the capital of Laos and on my first trip to the city more than a decade ago, it was the most relaxed, slowest-paced capital city I’d ever seen. While things have changed a lot over the years, it still is the slowest-paced capital you’ll find in Asia. There is a reason people translate LAO PDR not with People’s Democratic Republic, but with Please Don’t Rush!

Why you should go: Vientiane has grown to a city of more than 750,000 people, yet it still has the feeling of a much smaller city, making it a relaxing break from hectic cities like Bangkok or Saigon! The government in collaboration with the UN has done a great job at preserving the old town and it has been declared a UNESCO World Heritage area. Most of the major sights and plenty of restaurants, cafes and bars are in the old town and it’s a very walkable city! And Vientiane doesn’t get a whole lot of tourists, so it still feels like the Laos I remembered!

A walking tour of some of the main sights will take only a few hours and will give you a good idea of the city. While Vientiane became the capital of the Lao kingdom in 1563, it was burned down by Siam armies later and what you see today mostly stems from the French colonial period. You can start at the Presidential Palace, which is impressive from the outside, but unfortunately can’t be visited. Across the street is the Buddhist temple Sisaket – which you can visit for a small fee. 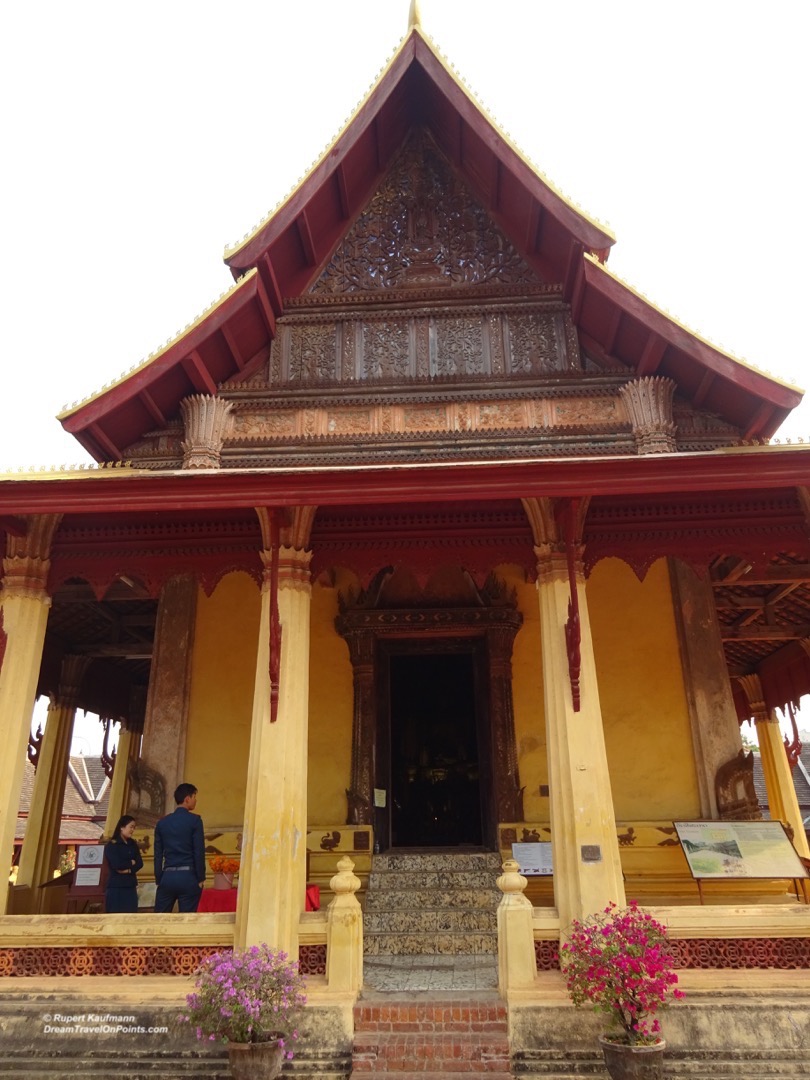 From here, you can head down Lane Xang Avenue, inspired by the Champs Eleysees in Paris. The French colonial administration had an ambitious design for the capital and at the end of the avenue you’ll find the most noticeable landmark in Vientiane, the Patuxai Gate, inspired by the Arc de Thriomphe. You can climb up to the top for some great views over the city. On your way back into the old town, stop by the large stupa That Dam. 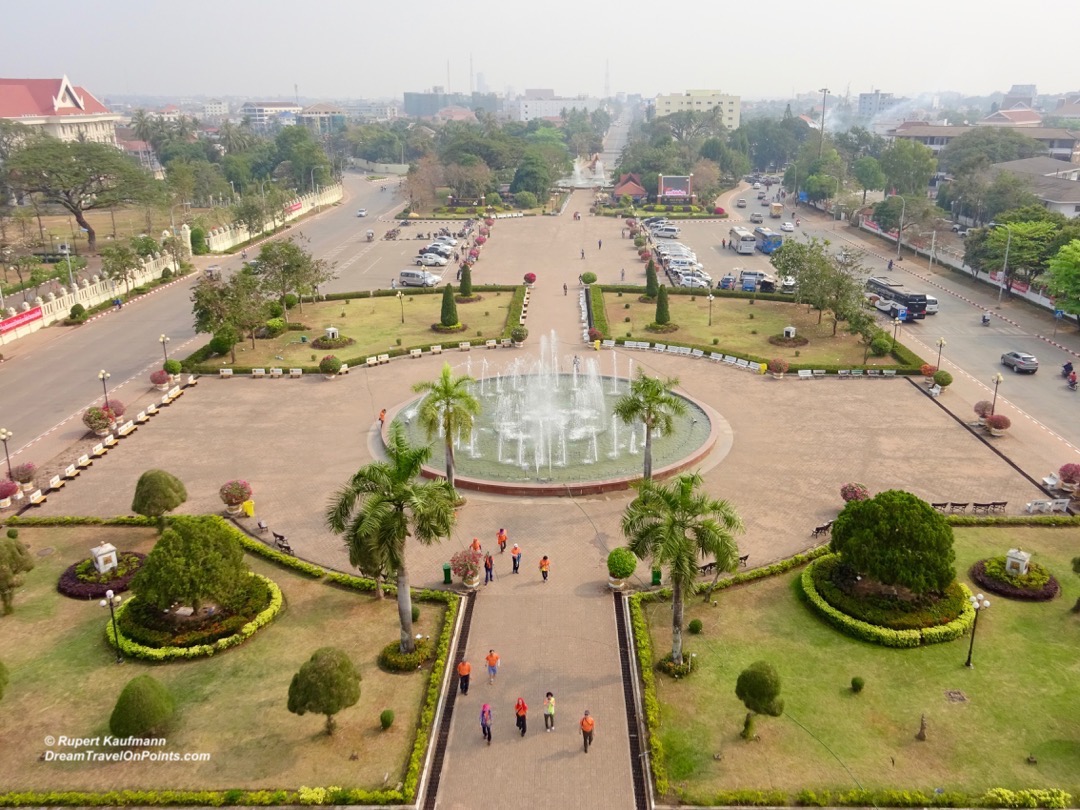 In the evening, you should make your way to the Night Market on the river – that’s were everybody else will be, especially on the weekends. It’s a lively market with lots of stalls selling anything you’d usually find in a mall, as well as some wares targeting visitors. You’ll also find plenty of street food choices and it’s a great place to watch Laotian live – from families with kids, to groups of young people and couples on dates, everybody will be there. If the street food is not on your menu, there are a few restaurants along the main road, as well as rooftop bars with great views of the sunset over the Mekong river with a bottle of Beer Lao! 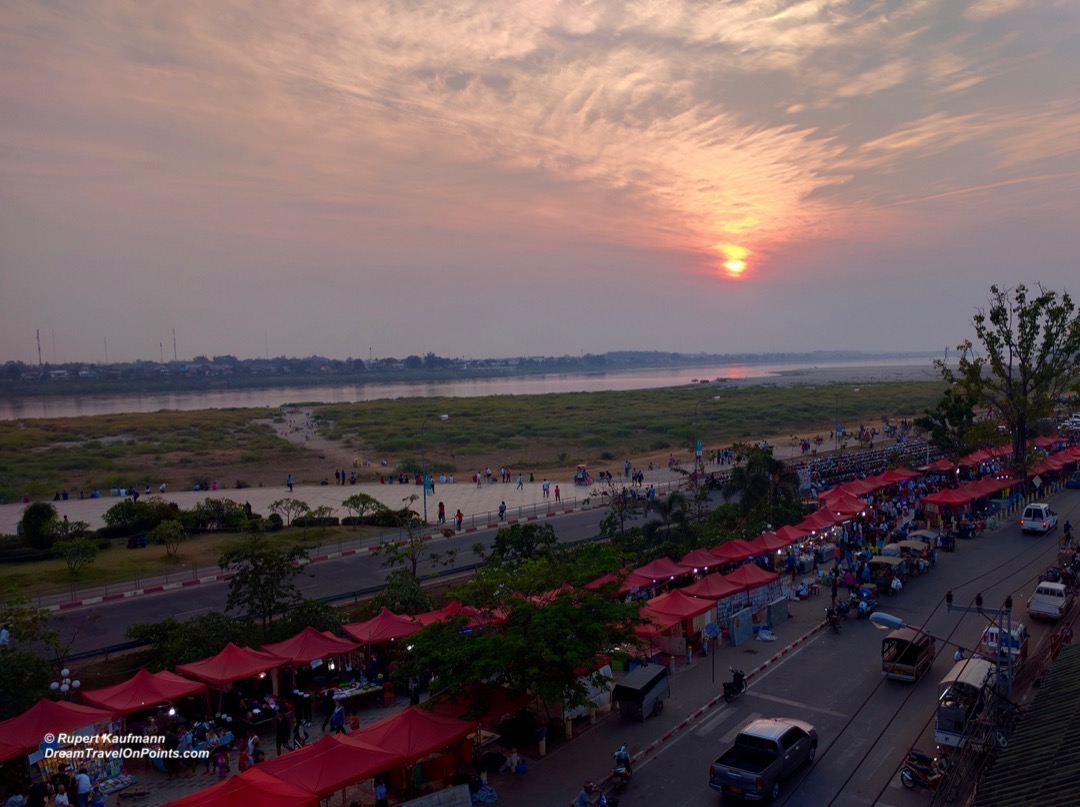 Travel Tips: While Vientiane is a sleep town, it has air connections from many of the ASEAN capitals. The easiest way to get there it is via Bangkok, with a large number of daily flights. It is the hub for flights to all the other cities in Laos. Until AirAsia started flying to Vientiane, the cheapest way was to fly to Udon Thani on the Thai side of the Mekong and take the bus to Viantiane – which now looks mighty inconvenient.
From the brand new airport, you can catch a fixed-fee taxi into the city for 57,000 Lao Kip (approx. $7). Around town, you’ll be able to walk everywhere or use one of the many tuk tuk and taxis looking for business.
If you are looking for a place to stay, I’d recommend to stay in the Old Town, with easy access to everything. I stayed at the excellent ibis Vientiane and you’ll also find a number of independent boutique hotels. 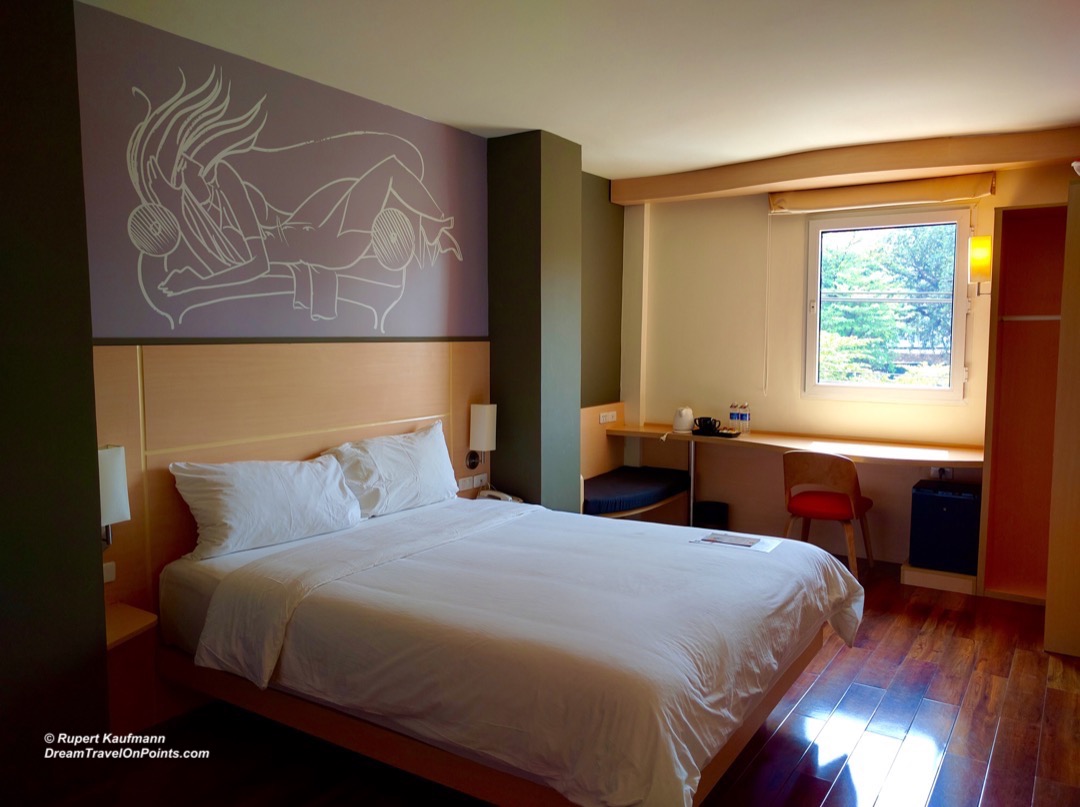 You won’t have trouble finding a place to eat – just walk around the old town and check the menus of the many places, offering a wide variety of food. Vientiane has some of the best coffee and pastry shops in Asia, courtesy of its French history, I believe, so you should try one of them – Joma Bakery and La Banneton are popular, but new ones appear to be added daily! 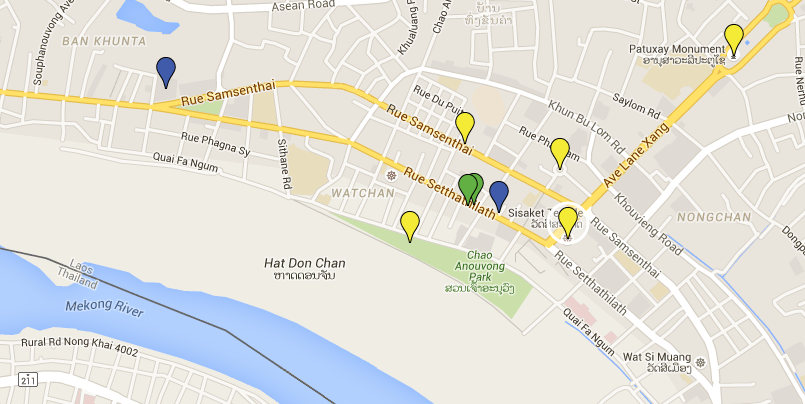 Vientiane used to be the gateway to Laos, including the beautiful and popular Luang Prabang. Nowadays, Luang Prabang has its own international flights. If you don’t have a lot of time, I’d recommend to head straight to Luang Prabang. But if you have a few extra days or are looking for a break from the hectic life in Bangkok, Singapore or Saigon, Vientiane is worth a visit on its own and the relaxing pace is contagious. I’m pretty sure it won’t be another decade for my next visit!