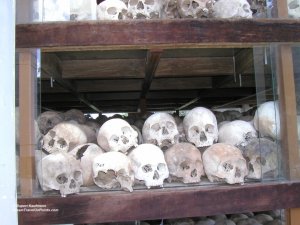 If you want to understand modern Cambodia, it’s important to know about the horrific history of the Khmer Rouge who ruled the country from 1975-1979 and killed between 1.5 and 3 million people of a population of only 7.5 million. The Tuol Sleng Genocide Museum in Phnom Penh and the Choeung Ek Killing Fields nearby are shocking sights and provide insights into the dark episode that shaped Cambodia.

The Tuol Sleng Genocide Museum is the site of the former Security Prison 21 (S-21). The former high school was turned into a prison soon after the victory of the Khmer Rouge in the Cambodian civil war. An estimated 17,000 were imprisoned at S-21, with 1,000-1,500 prisoners at a time, most were tortured and killed. Initially, most of the prisoners were members of the former government, soldiers or academics, doctors or other intellectuals and elites. Later, the Khmer Rouge imprisoned other members of the communist regime to purge opposing factions.
Prisoners faced harsh rules, slept on the floors and were shackled to metal bars with little food or water. They were interrogated to reveal “enemies of the revolution” and tortured to give up names. Most were killed at the prison or sent to the Killing Fields outside Phnom Penh. 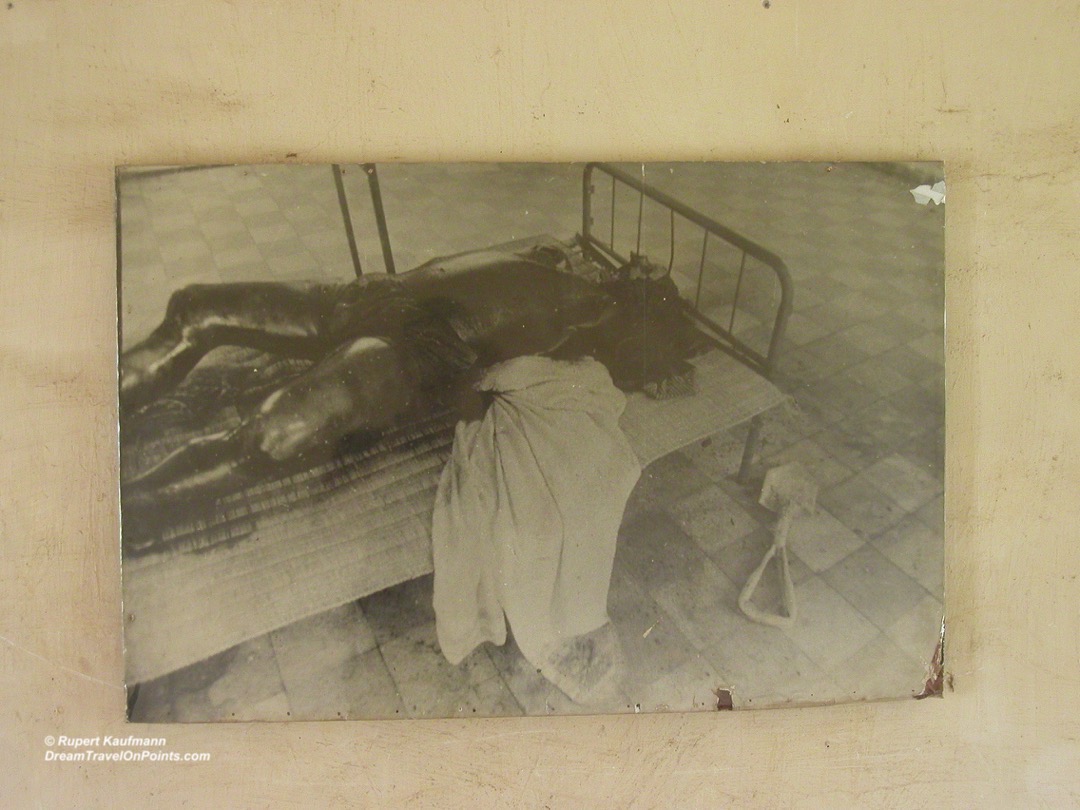 The Tuol Sleng Genocide Museum has black & white photos taken shortly after the prison was liberated by the Vietnamese army in 1979 of the tortured bodies, as well as photos of the inmates taken by the Khmer Rouge. There are also metal bars prisoners were shackled to and torture instruments to beat, burn or waterboard the prisoners. 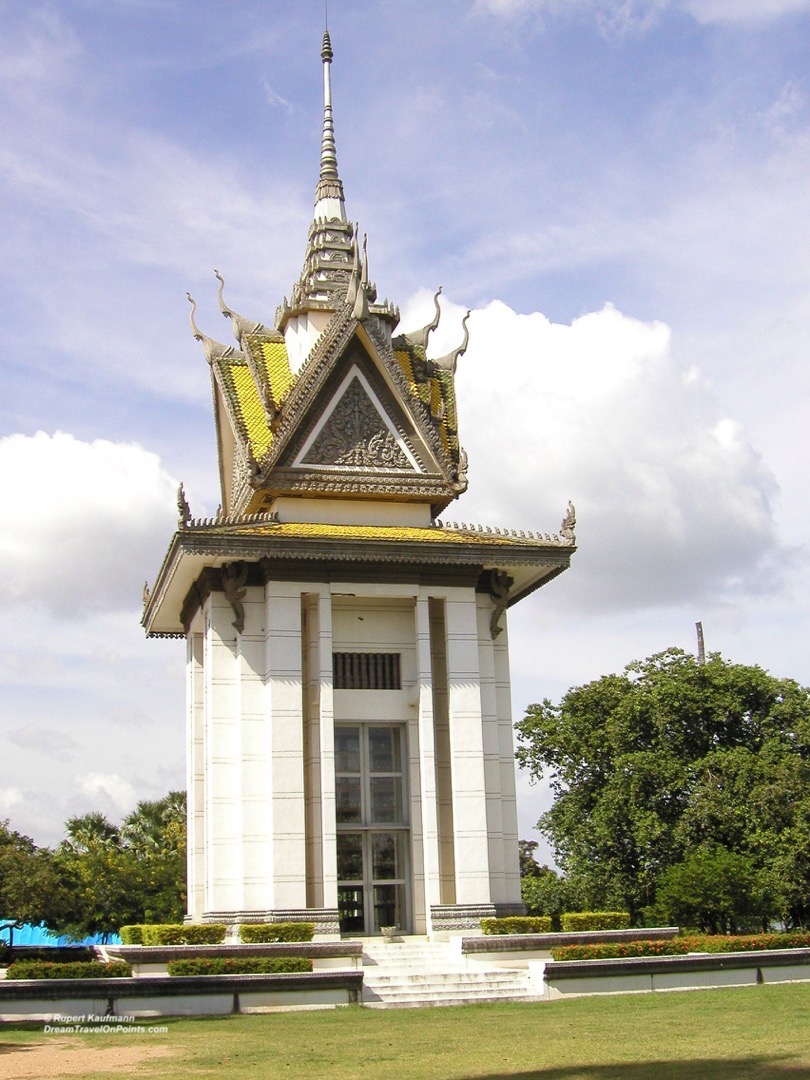 After the burial grounds at the prison were full, prisoners were brought to the Choeung Ek Killing Fields outside of Phnom Penh to be killed and buried. The Choeung Ek Memorial is marked by a white stupa with acrylic glass sides, filled with more than 5,000 skulls of the prisoners killed and buried here. The Prisoners were brought here by truck, lined up along shallow graves and clubbed to death or stabbed to save bullets. Small children were beaten against trees to smash their skulls then thrown into graves. The mass graves with more than 8,000 remains were found when heavy rains unearthed the skeletons shortly after the Vietnamese army deposed the Khmer Rouge. Some of the graves around the site remain undisturbed today. 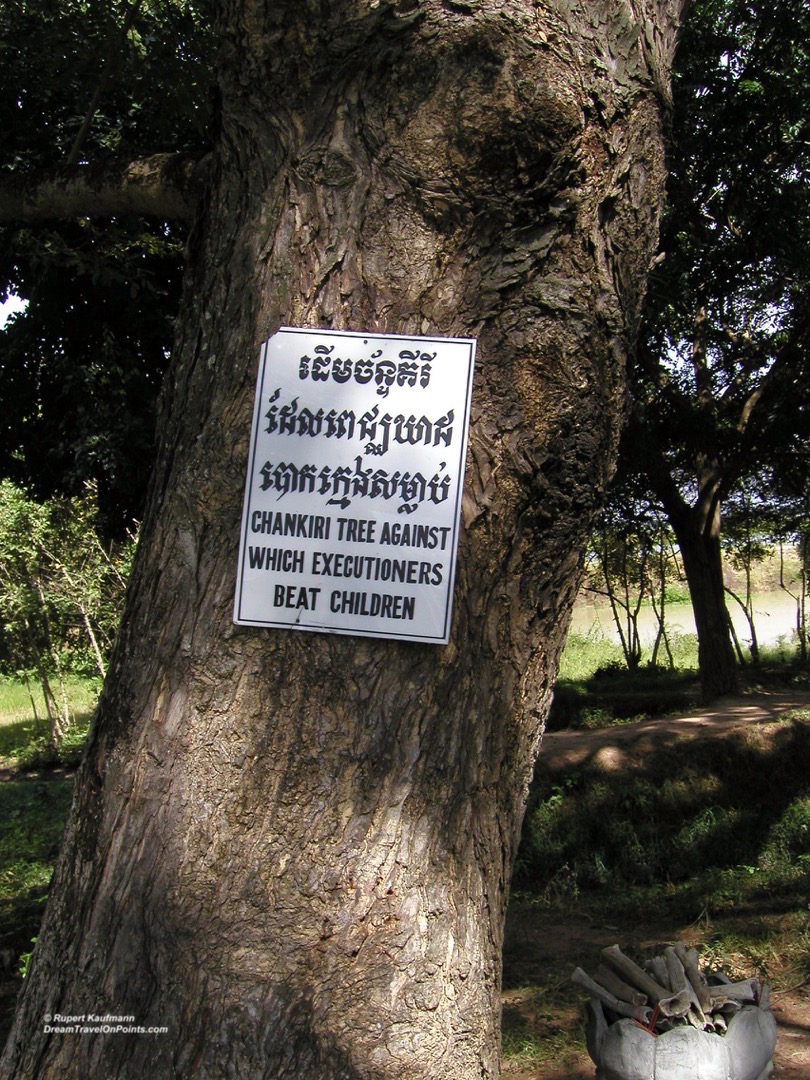 Travel Tips: Similar to the horrifying experience of visiting the Auschwitz Concentration Camp, I recommend to visit Tuol Sleng and the Killing Fields – we must remember our history or are doomed to repeat it! Knowing the history also helps to understand modern day Cambodia, as it has so recently shaped the lives of Cambodians – the civil war only ended in 1994!

It is a difficult visit and most likely the most harrowing experience of your visit to Cambodia. It is not suitable for small children and even older children, I believe, will require a lot of explanation and preparation prior to the visit.
You can find additional information and photos here and here to prepare yourself and determine whether it is a trip you want to undertake.

There are many tour offers that combine the two visits, including transportation to the sites.