This week’s Travel News brings you an update on the new seats the two Asian low-cost carriers AirAsia and Cebu Pacific selected for new planes and what you can expect from them. I’ve also listed some new routes from Europe to Asia, giving you more options to visit! 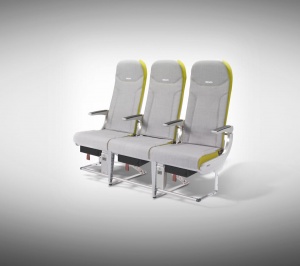 Cebu Pacific is the launch customer of the new Recaro SL3510 slimline seat for their new Airbus A321neo planes scheduled to arrive starting in 2017! In the race for ever slimmer and lighter seat, this seat replaces the foam in the backrest with a new netting material. The material is supposed to better conform to your spine, providing more support and making it more comfortable, despite the space and weight savings. It also has a neat space to rest a tablet on the fold-down tray – a great feature, as it will allow you to watch a movie on your personal device during the meal service, something that is difficult on regular trays in seats without built-in screens (photos courtesy of Cebu Pacific’s news release)! 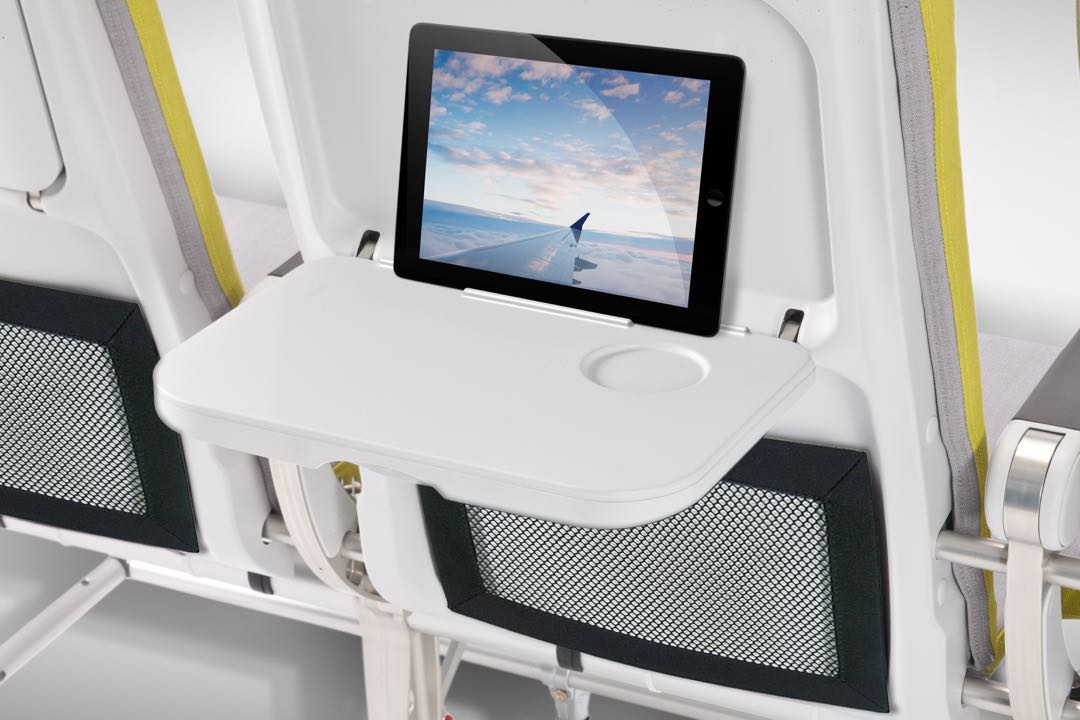 Air Asia has also selected a new seat for their new Airbus A320 being delivered, the Hawk seat from Mirus. The key criteria for the selection were also lower weight due to the composite construction and fewer parts, making maintenance easier and cheaper! While this seat allows for up to 10in recline and power ports in the seat, I’m not holding my breadth for those features to show up on the AirAsia planes – as their CEO has said, they are “low cost all the way” (photo courtesy of the Mirus website)! 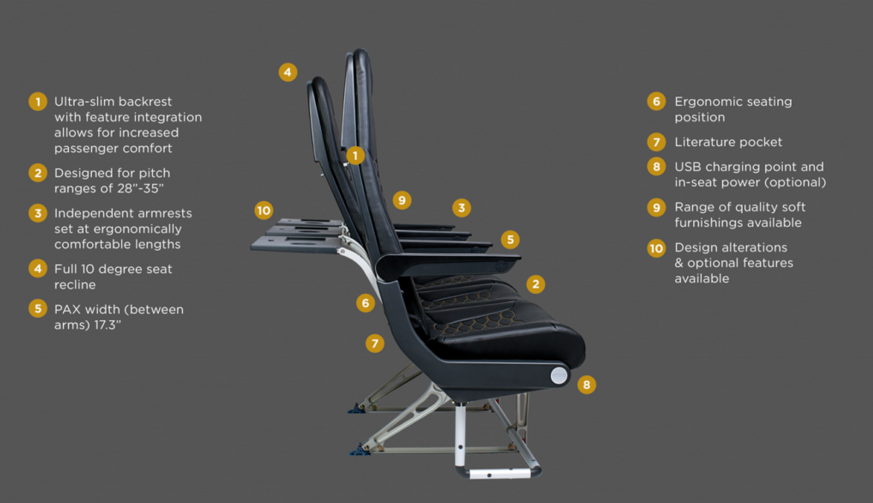 It’s interesting to note that two Asian low-cost carriers are the launch customers for these seats. They have been at the forefront of driving down cost in very competitive and fast growing markets, with lots of planes on order. Both airlines are unabashedly low-cost – and that’s what these seats are really all about. By being around 40% lighter than older seats, the airlines will safe fuel in flight and by being thinner, they can squeeze more seats into each plane, without compromising leg room. For customers that means low fares, but despite the seat makers promise of comfort, I’ve yet to see a slimline seat that’s more comfortable than the ones they replace – at best they are similar. I don’t mind these seats at all on flights of up to 4h, but unfortunately, both AirAsia Economy and Cebu Pacific Economy use the same (current) seats on their long-haul flights – and flights of 8-9h in seats like this are not going to be comfortable at all, so I will be looking for news if these will also make it into the airline’s Airbus A330 in the future!

New Routes: Asiana is launching the first non-stop flight from Budapest, the Hungarian capital, to Seoul, South Korea. With connections to destinations around Asia, that provides one more connection between Europe and Asia. It’s billed as a charter flight starting in July of this year, so we’ll see if this is only for the summer tourist season in Europe or lasts beyond this!
Alitalia is launching its starting flights from Rome to Beijing in July 2016, making it the third Asian destination after Seoul, South Korea, and Tokyo, Japan. Alitalia has connection throughout Europe.