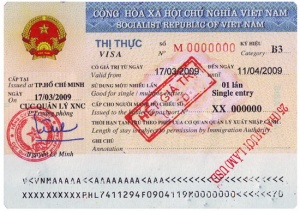 Every time I travel in Europe, I just love the ease to get from one country to the next, especially in the Schengen group: no border controls, no passport needed! Asia isn’t quite as easy, with different visa rules and fees for every country, making it a hassle and expensive in many places. Fortunately, things are getting easier and cheaper step-by-little-step, with more and more countries easing the rules. Here are the latest ones:

Indonesia: In the past, visitors from other ASEAN countries and a select few others were able to enter Indonesia without a visa for short stays of up to 30 days. The list includes: Brunei, Malaysia, Philippines, Singapore, Thailand, Vietnam, Cambodia, Myanmar, Laos, Chile, Hong Kong, Macau, Morocco, Peru and Ecuador 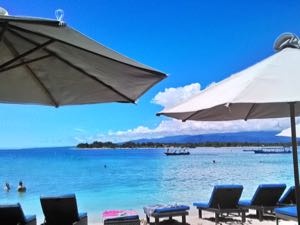 Earlier this year, it was announced that this visa-free policy would be extended to an additional 30 countries starting in April. When I arrived in April, nobody had told the immigration officers – the implementation was held up. But now, finally, Indonesia has extended the visa-free travel to the following 30 countries: China, Japan, South Korea, USA, Canada, New Zealand, Mexico, Russia, England, Germany, France, the Netherlands, Italy, Spain, Switzerland, Belgium, Sweden, Austria, Denmark, Norway, Finland, Poland, Hungary, Czech Republic, Qatar, United Arab Emirates (UEA), Kuwait, Bahrain, Oman and South Africa.
If you are an independent traveler, please keep in mind that these facilities are only available in the following airports and seaports:
Airports: (CGK) Soekarno-Hatta in Jakarta, (DPS) Ngurah Rai in Bali, (KNO) Kuala Namu in Medan, (SUB) Juanda in Surabaya and (BTH) Hang Nadim in Batam.
Seaports: Sri Bintan and Tanjung Uban seaports in Bintan Island and Sekupang and Batam Center ports in Batam
Everybody else (and at any other air-/seaport) still has to apply for a Visa on Arrival for a fee of $35 or other appropriate visa. The authorities acknowledged that this is a step to encourage tourism and I believe it does make it easier and more attractive! I have written about Indonesia, including Bali, Gili Islands, Lombok and Medan and you can find more information here! 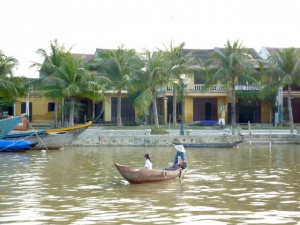 Vietnam: After many proposals from the local tourism authorities, the government has just added 5 European countries to the list of visa-free travelers: France, Germany, Italy, Spain, UK. Starting on July 1st, 2015 (assuming there are no implementation issues), visitors from those countries will be able to stay up to 15 days without a visa. It’s still unclear, how often one can visit without a visa. The rules described are anywhere from “a 30 day pause”, “15 days in any 90 day period” to “once in 5 years”, so if you are planning to visit multiple countries in South-East Asia, I’d recommend to avoid going in and out of Vietnam to avoid visa issues. There is also hope for Australia, New Zealand and Canada which were approved by the Prime Minister to be added July 1st, 2016!
The full list of countries with their varying number of days allowed without visa is below:
Belarus (15), Brunei (14), Cambodia (30), Denmark (15), Finland (15), France (15), Germany (15), Indonesia (30), Italy (15), Japan (15), Kyrgyzistan (30), Laos (30), Malaysia (30), Myanmar (14), Norway (15), Philippines (21), Russia (15), Singapore (30), South Korea (15), Spain (15), Sweden (15), Thailand (30), United Kingdom (15).
Let’s hope that the original plan to add the full European Union as well as the USA, will be eventually implemented – with at least 30 days of travel, which is becoming somewhat of a standard for visa travel elsewhere! Until then, everybody else will have to apply for a visa at a Vietnam embassy. While their theoretically is a Visa on Arrival, it requires a pre-approval letter from the Ministry of Public Security in Hanoi – good luck with that! 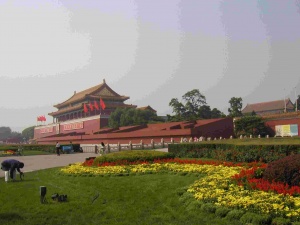 China: The US and China recently implemented a reciprocal 10-year visa, allowing their citizens to apply for a visa valid for tourism, business or family visits multiple entries over a 10 year period. You still have to apply for it at a Chinese embassy or consulate, fill out extensive paperwork, pay pretty steep fees and wait for the processing to happen. I have applied for Chinese visa multiple times and the hassle factor and cost are pretty high. At least under the new rules, US citizens only have to do it once. There are still issues when traveling for different reasons, for example a “group visa” issued when traveling as part of a tour, can cancel out any previously issued visa, so make sure to clarify before you plan a trip!
Fortunately, China has relaxed the rules to allow for visa-free transit of up to 24h for pretty much anybody with a valid onward ticket and for up to 72h for visitors from specific countries, meeting a tight set of requirements. The short version is as follows:
– You are a citizen of the following countries:
Twenty four European Schengen countries: Austria, Belgium, Czech Republic, Denmark, Estonia, Finland, France, Germany, Greece, Hungary, Iceland, Italy, Latvia, Lithuania, Luxembourg, Malta, Netherlands, Poland, Portugal, Slovakia, Slovenia, Spain, Sweden, and Switzerland;
Thirteen other European countries: Russia, the United Kingdom, Ireland, Cyprus, Bulgaria, Romania, Ukraine, Serbia, Croatia, Bosnia-Herzegovina, Montenegro, Macedonia (FYROM), and Albania;
Six American countries: the United States, Canada, Brazil, Mexico, Argentina, and Chile;
Two Oceania countries: Australia, and New Zealand;
Six Asian countries: Korea, Japan, Singapore, Brunei, United Arab Emirates, and Qatar.
– You need to travel from a foreign country to China and on to a different foreign country (A to China to B, but not A to China to A!).
– You are traveling through one of the following airports:
Beijing (PEK), Chengdu (CTU), Chongqing (CKG), Dalian (DLC), Guangzhou (CAN). Guilin (KWL), Hangzhou (HGH), Shanghai Hongqiao (SHA). Shanghai Pudong (PVG), Shenyang (SHE); Xiamen (XMN) and Xi’An (XIY)
– You have a valid passport as well as tickets confirming your onward travel and a visa for your destination after China (if required).
– With all that in place, you have to present all your documents and request for 72h visa exemption at check-in for departure to China – they will inform immigration in China. Once arrived in China, you can head to the special lane for visa exemption and ask for the visa. It will allow you to stay in your arrival city only for 72h starting at 0:00 on the day after your arrival, based on your scheduled arrival and departure time. Once you leave the airport, you will have to register with the police – your hotel will do that for you upon check-in!

Well, if that sounds like a bit of a hassle for “visa free” travel, it probably is! I haven’t tried it myself, but it probably is better than getting a regular visa, so it’s a start! With a number of Chinese airlines offering bargain fares including connections through their hubs in mainland China, it provides an opportunity to check out some Chinese cities for a short visit. I will keep this in mind for a future trip! To be sure you are avoiding any issues, I’d suggest to read the full documentation, available at Tripadvisor!