This week’s Travel News focuses on Australia and New Zealand, with an update on Virgin Australia launching Kids Class, an “adult-free zone”, Air New Zealand starting the first non-stop flight between Auckland and Manila, Philippines, and Hertz being forced to reimburse rental car customers who were incorrectly billed for pre-existing damages! All of it is good news, so check out the details below!

Virgin Australia: More and more kids are traveling these days, with their families or alone, and that is causing stress for many travelers – the families with kids and the people around them! Some airlines have introduces “quiet zones” (like AirAsia) or seating kids only on the lower deck of their Airbus A380 (like Malaysia Airlines), usually designed to keep the cabin quiet for people who desire that. Virgin Australia is taking a different tack that helps families and people seeking peace & quiet and is much better marketing: They are rolling out a “Kids Class”: Kids can board riding on a rolling suitcase. On the plane, they get storybooks and the seats are protected from kidding with extra cushions. The safety cards are chewable and the food is in plane-shape! All that should make flying a lot more fun for the kids, relaxed for the parents and quieter in the rest of the plane! Check out the movie to see hot it will look like and let’s hope that other airlines follow this example! 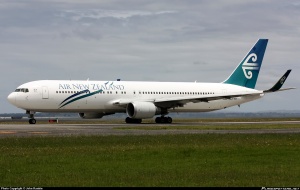 Air New Zealand: While Philippine Airlines has been serving Auckland from Manila via Cairns on narrow-body Airbus A320 for a while, Air New Zealand is now launching non-stop flights between the two capital cities three times a week on wide-body planes, making for a shorter and more comfortable flight! This should be interesting for the many Filipinos living in New Zealand or looking to visit, as well as for Kiwis looking to explore Manila, the Gateway to Paradise, and the many beaches on the 7,000+ islands! Flights are scheduled to start in December 2016, in time for the dry season in Manila and summer in New Zealand!

Hertz: Car rental companies are known for their scammy tactics, from charging a fortune for gas to scaring you into insurance you don’t need! There are also lots of reports from travelers being charged for supposed damages to the car after they return home that they didn’t cause. After an investigation by the Australian Competition and Consumer Commission (ACCC), Hertz Australia now is refunding consumers who were incorrectly charged for pre-existing damage to rental cars and over-priced repairs. It’s great to know that consumer protection is watching out for customers and is a good reminder to be careful when renting cars, even from the biggest corporations: Always check your car when picking it up, take photos and report any existing damage. Make sure to do the same on the return of the car and get a receipt for a car being accepted back without issues!