This week’s Travel News brings you an update of new seats at United Airlines: United showed off their new Polaris Business Class offering, from new lounges to new seats and other enhancements to the ground and inflight experience! I have flown hundreds of thousands of miles in United’s business class and am very excited about the coming changes! Read on to find out more!

There has been a ferocious battle between airlines for premium passengers in First and Business Class and over the last few years, fully flat seats with direct aisle access have become the de-facto standard to be competitive. Lufthansa, for example was far behind and just completed their upgrade to fully flat seats (read my review of the new product here). And while United had fully flat seats for a while, their 2-4-2 layout with very narrow seats and two dreaded middle seats was hardly competitive anymore (read my review here), with even Delta and American having introduced better seats. 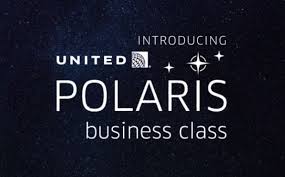 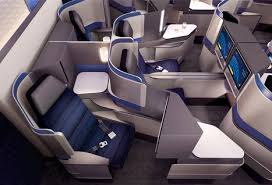 This sounds like some very exciting upgrades, in fact just as good as United’s current First Class (read my review here). And, as rumors have been suggesting for a while, hidden in the fine print of the announcement is the news that indeed First Class will be eliminated going forward.
Polaris will be launched on December 1st, 2016, with the Chicago Polaris lounge and the first flight of a new Boing B777-300ER. The new product will be onboard new Boeing B787-10 and Airbus A350-1000 planes and existing B767-300 and B777-200 will be refurbished over time. Don’t get too excited though – the refurbishment will take years, so you’ll still be seeing the old seats for a while. 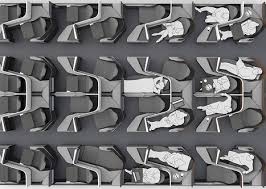 I will see, if one of the new planes will be on the routes I travel frequently, so I can bring a first-hand report. Until then, for more information, check out the United News Release as well as the Polaris Information Site, including a video!