Many travelers (including yours truly) have been shocked by high mobile phone and data charges on foreign trips. Phone companies worldwide are milking their customers with outrageous charges for phone use in foreign countries. As of June 15th, European Union regulation has ended roaming charges across EU nations – roam like at home is the message. You can make phone calls, send SMS messages or use internet data on your mobile phone from any EU phone company, anywhere in the EU without extra charges

How does it work? If you have a mobile phone SIM card issued by any provider in an EU country, the call minutes, SMS messages or internet data included in your prepaid or postpaid plan can be used in any EU country. If your SIM card is from Germany for example, you can use your phone on vacation in Spain or Italy just like at home: any call or message will count against your limit. If you have 1 1GB data limit, use abroad counts just like at home.
And I can confirm that it works as advertised: On my recent Europe trip, I purchased a SIM card from Vodafone in Germany. The CallYa Prepaid card includes 200 minutes and SMS to all networks as well as 1GB of data and offered EU roaming already prior to the EU deadline. I tried it out in Bulgaria and Romania. In each country, my phone worked without issue and calls, SMS and data was counted against my limit. 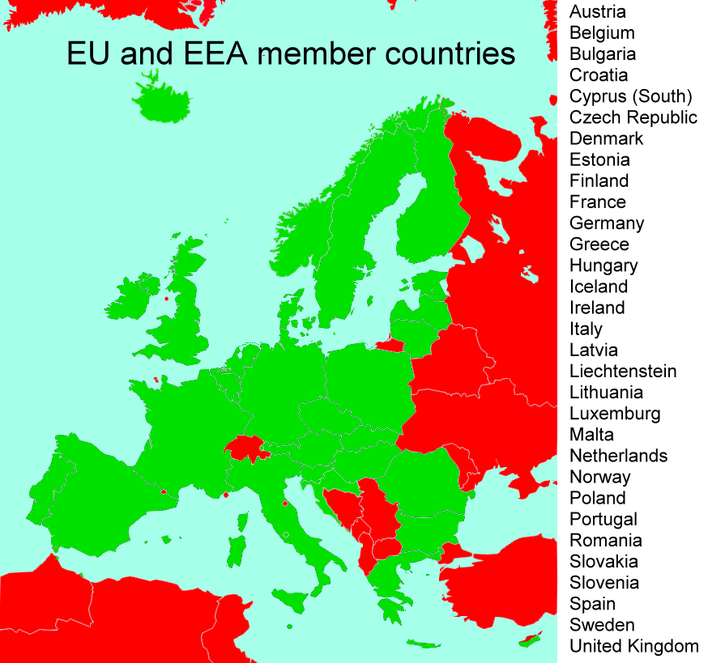 Exceptions and Additions: In addition to all EU countries, Norway, Lichtenstein and Iceland, who don’t belong to the EU but to the closely aligned EFTA, agreed to also be included in this deal, so your EU SIM card will work without problems there as well. Switzerland isn’t in the EU and didn’t want to join, so roaming (like much else) remains very expensive in the small Alpine country!
The US press made much of the exceptions from the rules – mostly based on lack of understanding of EU reality. The EU implemented a number of rules to limit abuse of the roaming system. Carriers can implement data caps, so if you have an unlimited data plan or very high data volumes, the carrier can limit your data use abroad. That sounds bad, but won’t impact most people – some of the limits I found are 9GB or 12GB – plenty for most peoples regular vacation or business travel use. There are also time limits, for example a 4 month limit abroad or fair use limits, for example you can’t regularly use it more in countries other than you purchased the SIM card in. This is meant to prevent “border tourism” where people buy a cheaper service in a foreign country to then use it exclusively or mostly at home.
As far as I can see, these rules make sense and won’t impact regular users.

I consider this all-around good news, not only for EU citizens but also for visitors who are planning to travel around Europe. You can now purchase a local SIM card in the first EU country you visit and then use it in all other EU countries. This makes it much cheaper than paying roaming fees for non-EU visitors and easier than buying a SIM card in each country. You can throw the SIM card away after your trip or keep it for the next one. Prepaid plans like Vodafone’s CallYa can be used without a monthly fee, so it will be active for a few months, if you travel frequently to the EU.