Palawan has been on a number of “best island” lists over the last few years with beautiful beaches, high-end resorts and the unique underground river. But the airport experience on my first visit a few years ago was very basic, with a small, old airport in the main city of Puerto Princesa. Now, the new terminal has opened with a number of improvements, making travel to the island better and easier!

The airport expansion started about two years ago and included a longer runway to handle wide-body planes, a new terminal and air traffic control tower as well as supporting facilities. The project was done by the Korean group Kumho Industrial and cost over $80 Million, a lot of money in the Philippines.
During my first visit, it was the typical small island airport with a capacity of only 350,000 passengers per year. Today, Puerto Princesa is served by all the local airlines, including Cebu Pacific, Philippine Airlines and Air Asia. It received its first international fight from Taipei last year. The new terminal is designed for a capacity of about 2 Million passengers, providing the infrastructure for tourism growth and opened on May 4th, 2017.
On my last visit for a dive trip to the Tubbataha Reef, one of the top dive sites in the Philippines and the world, we used the new terminal (open for just a week) on the other side of the runway and, while still a small airport, it’s a great improvement: It’s a single level building with arrival and departure area at ground level. It’s all held in metal, white and wood, with soaring ceilings and an overall very modern feel. 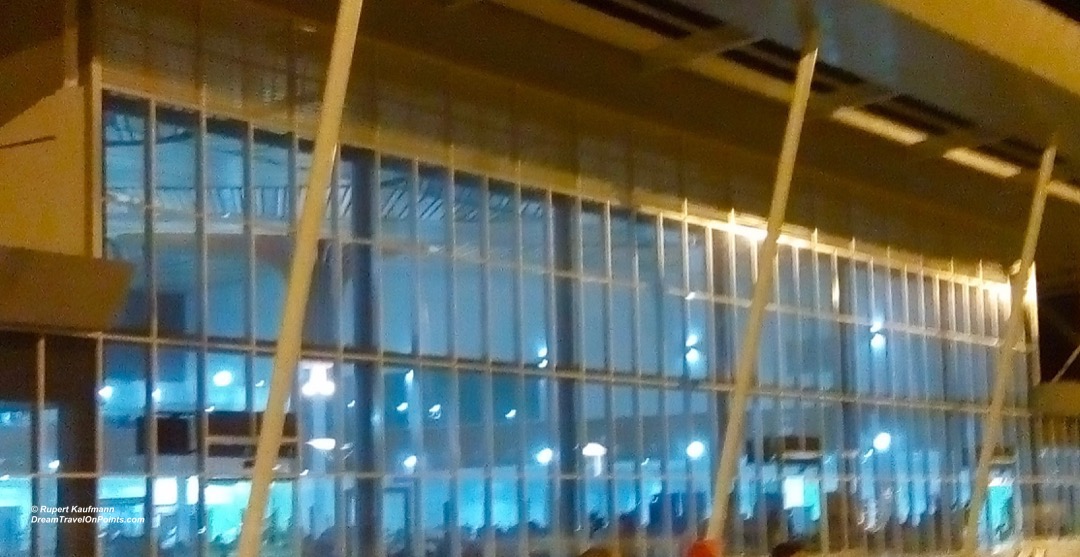 There are no jet bridges, so you board/deplane via stairs and walk to/from the terminal and you might get wet along the way. The arrival area is separated for international and domestic arrivals, with both exiting to the front of the building. Once you leave the modern terminal, you are back to a provincial feel – touts will try to get you to a van, taxi or tricycle for transport, usually asking for sky-high prices. Your best bet is to arrange (often free) transportation through your hotel or tour operator. 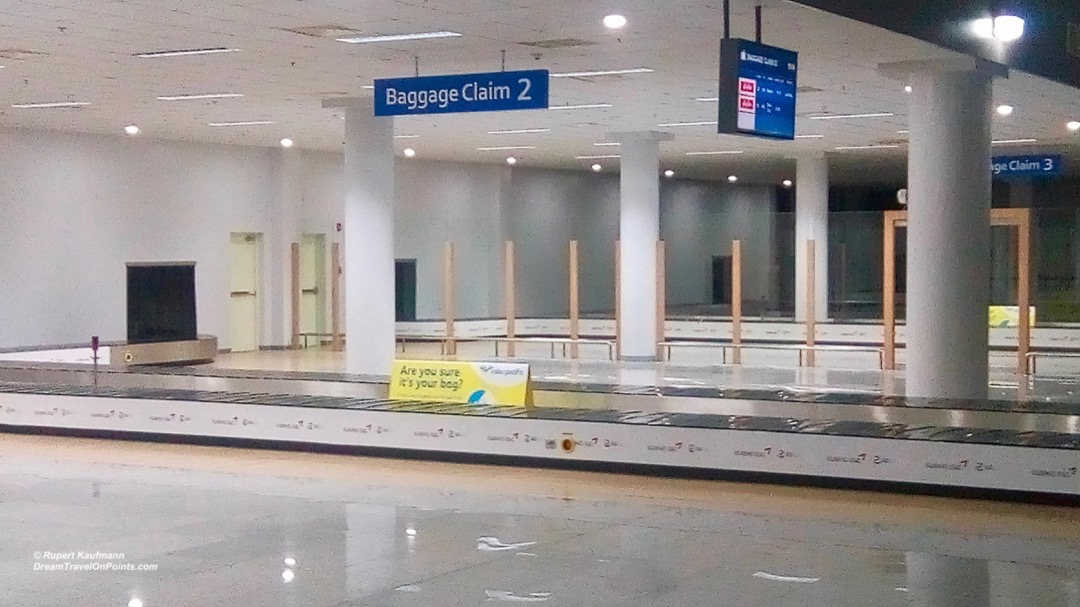 On departure, you have to go through a first security checkpoint at the terminal entrance, with all of your luggage being scanned. Despite the higher capacity, there was a long line outside the terminal when we arrived – only one of two scanners was operating. Let’s hope that the second one will be taking into operation soon! All airline counters are in the same terminal hall, before passing through secondary security to the departure area (with yet another line, also due to only one of two scanners being operated). In the departure hall, there are a number of “gates” (aka doors to the airfield) and they have monitors displaying flight information, making it a little easier to keep track of your flight and gate information. On the second level are restaurants and shops, but due to the 2h wait (!) at the Philippine Airlines check-in, we didn’t have time to try them out and had to board immediately, again by walking to the plane and taking the stairs! We didn’t spot any lounge in the terminal. 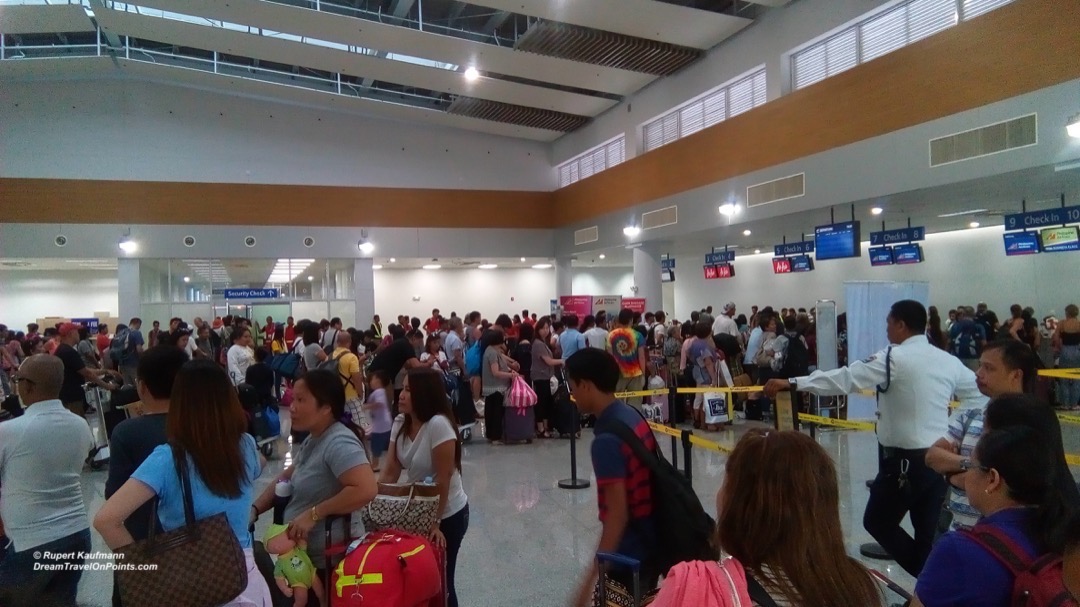 Overall, it’s nothing special compared to airports in other tourist destinations, but this is still a great improvement over the old terminal, resulting in a much better experience when visiting Puerto Princesa.