This week’s Travel News brings you new airline routes around the world: Scoot is planning to start service to Europe in 2017. Eva Air is starting a daily service to Paris. And Turkish Airlines might start flying between Bali and Australia – lots of new options to fly, always a good thing for travelers!

Scoot Airlines is the low-cost subsidiary of my favorite airline, Singapore Airline. They operate an all Boeing B787 Dreamliner fleet out of their hub in Singapore. They currently serve 23 destinations across Asia, Australia and the Middle East. They have ordered 4 new B787 with crew rest areas, allowing them to fly routes over 10 hours! Scoot is planning to use those planes to Europe, making it the first low-cost carrier to take on that route since Air Asia abandoned it after heavy losses. Let’s hope that it works out for Scoot with their new planes and cost effective operation. It could do for the Asia-Europe routes what Norwegian Air and Wow Air have been doing for budget travel between Europe and North America!

Eva Airlines had been flying from its hub in Taipei to Paris, the city of love, three times a week and is starting daily service on October 10th. They will be flying their Boeing B777 with Economy, Premium Economy and Business Class cabins. They arrive in Paris and on the return in Taipei in the morning, making both flights convenient overnight flights! I have flown the premium cabins of most major StarAlliance partners, but unfortunately not Eva Air – they are on my list and this route might come in handy soon for a return trip to Paris! You can get more details here! 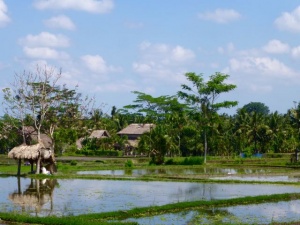 Most countries have negotiated the rights for their respective airlines to connect their countries, often including the right to make stop-overs on the way to far destinations. The so called “fifth freedom rights” allow an airline to pick-up customers on those stop overs. For example, KLM is flying from Amsterdam to Bali via Singapore and you can fly KLM on the route from Singapore to Bali alone – I did that when I was living in Singapore and because it is not a familiar carrier in Asia, prices were pretty low! Turkish Airlines, another StarAlliance carrier, is now considering to use fifth-freedom rights to provide service from Istanbul via Bali to Sydney and Melbourne in Australia. Bali is very popular among Australians and a lot of airlines are competing on the routes between Bali and Australia, including a number of budget carriers. It will be interesting to see if this works out!