This week’s Travel News give you an update of new airline routes to and from Asia – with air traffic still growing faster than elsewhere in the world, it’s good to know what new options you have. And you’ll also find some new hotels being opened up by major chains operating in the region. Asia still has a low ratio of chain hotels to independent hotels when compared to the US, so it’s helpful to know where you can earn and redeem hotel reward points!

Qatar Airways is expanding in Thailand and starting service on December 16th, 2016 from Doha to Chiang Mai, the Rose of the North, via Yangon in Myanmar, five times a week. They will be flying their Airbus A330 with Business (full-flat beds) and Economy Class cabins. Qatar is also flying to Krabi on the Andaman See, a beautiful alternative to popular Phuket starting December 6th, 2016. This will make both destinations much easier to reach from Europe and the East Coast of the US, with only one stop! Qatar Airways is a OneWorld member, so you’ll be able to earn and redeem miles on any OneWorld partner, including American Airlines, British Airways and Air Berlin! 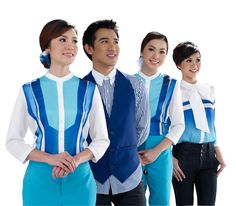 Bangkok Airways is launching new service from Bangkok to Danang, Vietnam, with four flights a week. Danang is a beautiful beach destination and also the closest airport to Hue, the old capital of Vietnam with its impressive historic sights and to Hoi An, my favorite town in Vietnam! Because Bangkok Airways has a huge number of partners, this will make it a much easier trip to central Vietnam for many visitors from Europe and all over Asia with a single connection in Bangkok!

Best Western is opening up a new hotel in Bangkok, the City of Angels, the BW Plus Wanda Grand. The Plus brand is the mid-tier of their hotels and this property is located in the area of the old Don Mueang airport. I have recently started to look into the Best Western chain and their rewards program, despite only having stayed at their properties a few times in the last two decades. As a frequent visitor to Bangkok, I will try to review this or one of their other hotels in the city sometime soon! 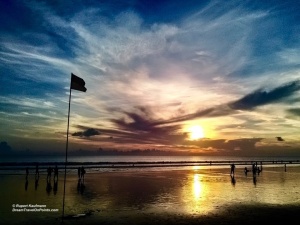 Hilton is getting its third property on Bali, the beautiful Indonesian island with lots to see and do! Hilton has had the Conrad Bali for years and recently opened a Hilton Garden Inn near the airport – which I will try out soon! The Hilton is a conversion of the Grand Nikko hotel in the Nusa Dua resort area – and I’m excited about another option to earn and use Hilton HHonors points and leverage my new Hilton Diamond status!