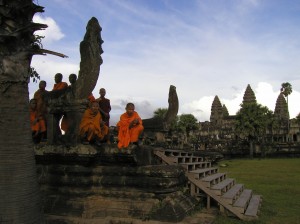 Angkor Wat is one of my Top 5 Historic Destinations and one of the most impressive sights I’ve seen. And, just like ocean front property they “don’t make ’em anymore”, so we have to protect mankind’s heritage, so that future generations can enjoy them and learn from them as well. But fortunately and surprisingly, there are still discoveries to be made: Archeologists found massive ancient cities near Angkor Wat in the jungle, hidden under the foliage, using Lidar technology!

Even after several visits, I’m stunned every time I walk up to Angkor Wat or wander around the beautiful temples of Angkor Thom, Ta Phrom or Banteay Srei. Hundreds of temples were buitl between the 8th and 15th century. And I have been amazed by the fact that it was the largest city of its time, with a population estimated to be 1 Million when London was only 50,000. It likely was the largest city in the world before the age of industrialization!

But now, archeologists led by Damian Evans discovered that the Khmer empire and its capital city were even larger than we thought: using Lidar technology the area surrounding the known temples of Angkor Wat were scanned from the airplane, detecting the landscape, structures, canals and shapes below the jungle! What they found indicates, that there was a massive city around the temples, with complex irrigation infrastructure and canals, possibly large gardens and much more! 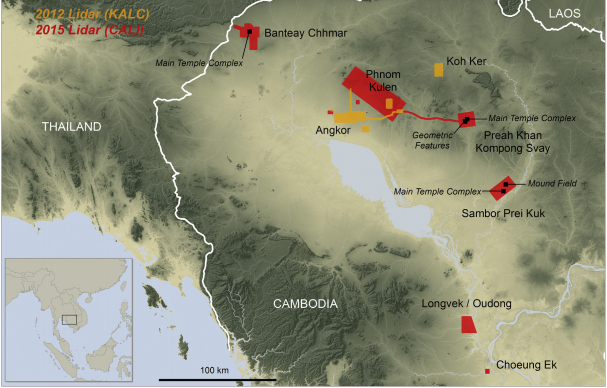 They also discovered completely new cities further away, providing new insights into the history of the Khmer empire. It will take time to analyze the information and figure out what it means about the size of the empire and how it worked! It appears that the water management system was larger and more advanced than anything else in the region at the time. And it also might provide new information how the Khmer Empire eventually collapsed – and what role the climate, water and agriculture played in the downfall. A lot of the existing theories may have to be re-written! 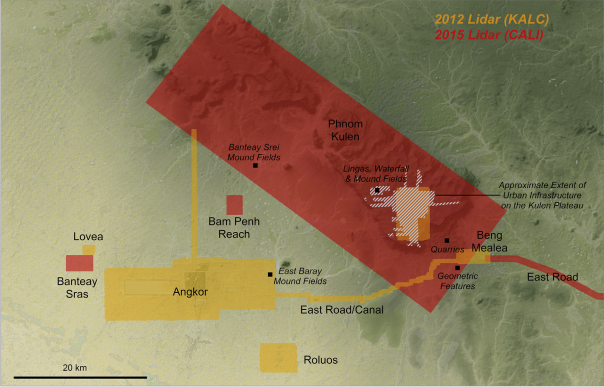 I sure hope that these new discoveries will be carefully developed with the help of archeologists from around the world and eventually will be shared with the world and with visitors. And, I also wish that all this information and discovery finds its way into a museum worthy of the importance of this history to all of mankind – it provides an inspiring story that needs to be told in an inspiring way, and a well done museum would be a great addition to the tourism complex around Angkor Wat.

I for one am exciting to see and learn more on a future visit to Angkor Wat and this is more reason to visit for anybody who hasn’t been!
You can find the full Scientific Paper of Damian Evans about the technology and findings at the Journal of Archeological Science and a PDF version here! The two maps in this post are from the article by Damian Evans!