In this week’s Travel News, I’m looking at the pending acquisition of Carlson Hotels by the Chinese conglomerate HNA. After IHG buying Kimpton last year and Accor buying Fairmont and Marriott buying Starwood, this is the fourth big acquisition in the hotel industry. How will this impact your experience at Carlson Hotels and your travel plans? Read out to find out more!

Similar to the airline industry, there is a wave of consolidation sweeping through the hotel industry, with the chains getting ever bigger. They are competing with online portals, like bookings.com or Expedia on one side and new accommodation choices, like airbnb on the other, and are investing to grow their reach,  improve their rewards programs, technology and online presence. The previous three deals are mergers of hotel chains, bringing together different brands of hotels into larger companies. While these deals turn Accor, IHG and Marriott into companies with more than 4,000 or 5,000 hotels, they are still small when compared to the more than 800,000 hotels available on online sites like bookings.com!

The HNA-Carlson deal is more of a financial transaction than a hotel merger. HNA is the parent company of Hainan airlines and also has stakes in the NH Hotels group and Red Lion Hotels. But in the last three months, they have been on an acquisition spree, buying companies as diverse as the US technology distributor Ingram Micro and the Swiss catering company Gategroup. It seems more driven by the desire to diversify into investments abroad, especially in the US, and only has a “loose” travel focus. There have been rumors that the Carlson family wants to “cash out” – they have been divesting various business interests from the privately held company, like the restaurant chain TGI Friday’s. This financially driven transaction is also confirmed by plans to keep the management team and headquarters in place and continue on the current path, mostly focusing on the ability to grow an make more investments.

So, what impact could there be on your travel plans and experience? Probably not much. With the same management team and general plan, you can expect Carlson to proceed along their current path. The investment might give them greater financial strength, which could be helpful to make much needed investments into IT infrastructure as well as properties: After announcing the new, high-style Radisson Red and luxury Quorvus brands, there is still only a handful of properties in both. And the Club Carlson web site still looks like a leftover from the early days of the internet! Carlson has currently just over 1,000 hotels, with more than half in the US and mid-scale. While I like Radisson Blu (upscale, mostly in Europe) and Park Plaza (mid-scale), the largest brand Country Inn (mid-scale, mostly US) is rather ho-hum. You can see their distribution below and find all the facts and figures here! 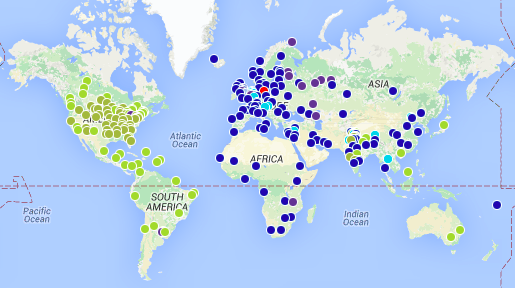 It would also be great to establish cooperation with the sister hotel companies, especially NH Hotels. NH has over 380 hotels in 29 countries, mostly stylish, mid-scale properties in Europe and Latin America. I have stayed at a few of them and loved them, like an aloft hotel with Spanish flair! They would be a great fit with Carlson, adding better coverage in Latin America and Southern Europe, and more stylish choices! I’m a little less excited about Red Lion, with 120 budget and mid-scale hotels in the US, mostly older or from conversions, I don’t think they’ll be on my list for travel plans. 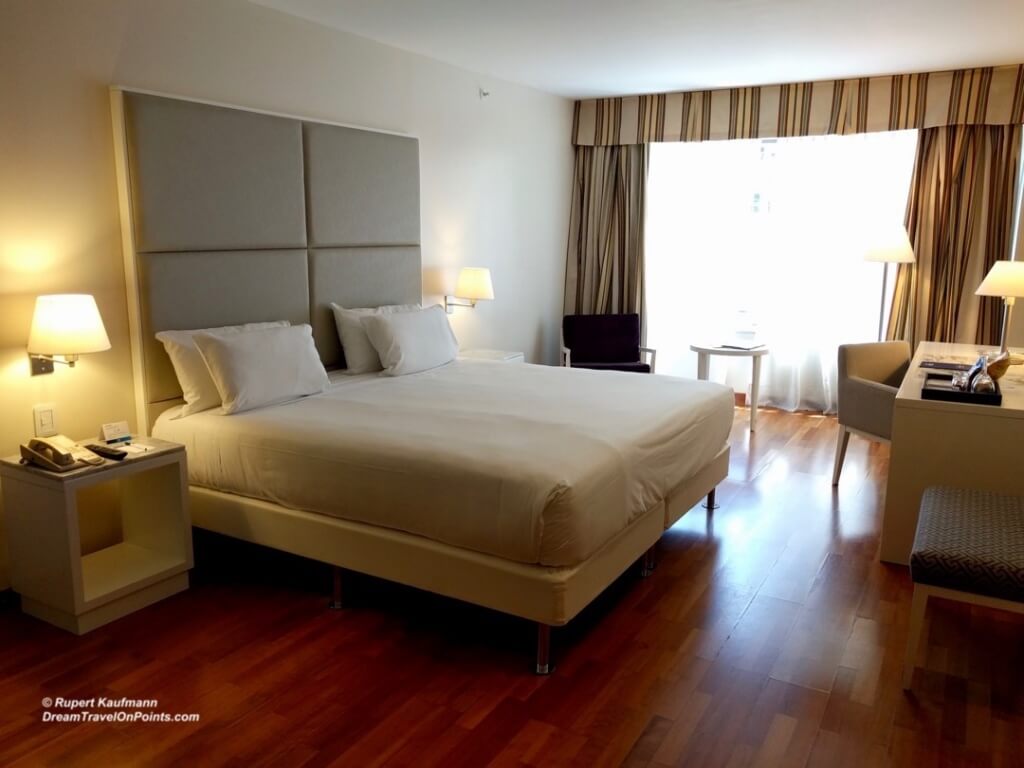 With the management team staying in place and on course, you can expect things to stay the same at Carlson for the time being. If things work out well, additional financial investments might bring improvements to their technology and more properties to choose from. And if they do work closely with their sister brands at NH Hotels and Red Lion, you might see additional opportunities to earn and redeem reward points in the future – one can always hope!