Welcome to the first edition of Travel News where I will bring you news from around the world that will make your travel better by highlighting changes that will make travel more comfortable, easier, faster and safer! This edition focuses on news in and around Thailand, so if you are interested in a trip to the Land of Smiles, read on to see some improvements and new ways to get there! 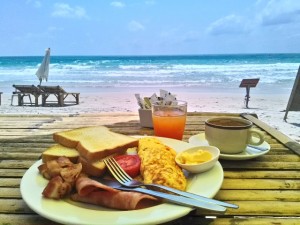 Ko Samui Airport: Ko Samui is the third most popular resort destination in Thailand and a beautiful island with lots of options from young party-goers to retirees and from backpackers to luxury travelers (read more in my two reports about the popular Chaweng Beach and live in a Luxury Resort). The Ko Samui airport is private, operated by Bangkok Airways, and has won awards for its “Resort Style”. While I found it to be pretty, it’s not the most convenient airport with long walks from arrival to the gate and open-air waiting areas at the gate that can get very hot. The $20 Million renovation is looking to make it easier and less confusing for passengers. The immigration area will be enlarged, new baggage carousels will be added and the commercial areas will be relocated to airside. The passenger flow will be re-designed. All the changes have been recommended by a team from Singapore’s Changi Airport, the best in the world, so I have high hopes for the improvements! In related news, the airport operator is seeking approval to raise the number of flights allowed to 80 flights per day (currently operating 45), which should make it easier to get to the island. Currently, many passengers arrive at the mainland airport of Surat Thani, which takes 3-5 hours by bus, ferry and van to get from the airport to your island hotel! 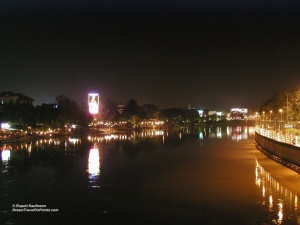 Qatar – New Routes: Qatar Airways has announced two new routes to Thailand. Starting in August, Qatar will fly four times weekly from Doha to Krabi. Krabi has some beautiful beaches, like at Railay Bay or on Ko Lanta, and is a lot less crowded and commercialized than nearby Phuket and I’d recommend to try it over Phuket any day!
Qatar is also starting 3 weekly non-stop flights to Chiang Mai in December 2016. Chiang Mai is called the “Rose of the North” and a great place to relax and enjoy Thailand – so much so that it is one of the easiest “places to get stuck in” and stay a lot longer than you planned!
The new route makes both towns reachable from many points in Europe, North America with one stop only, a lot faster and more convenient! Find the details in the press release! 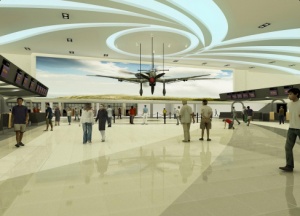 Bangkok Aiport Renovation: Don Mueang Airport was the main Bangkok airport until Suvarnabhumi (BKK) opened in 2006. In the years since, Don Mueang was reopened to serve as the airport for budget airlines, like Air Asia, and has seen explosive growth ever since. Thankfully, the dilapidated airport has undergone a massive renovation effort and I noticed on my most recent trip to the City of Angels that Terminal 2 has been reopened! I didn’t fly through it, but the photos of the planned design are promising. It will make flying a low-cost carrier a lot less of a problem than in the past and will make Getting to Bangkok easier and more comfortable to reach on a budget!
And even more improvements are on the way: The Airport Rail Link connecting Suvarnabhumi airport to the city center will be extended to Don Mueang, providing an easy train connection to the city center. While the current bus to BTS is ok, I certainly would prefer a direct train link!

So, if you are thinking about a trip to Thailand, these news might give you some new options: Krabi or Ko Lanta instead of Phuket;  more and easier flights to Ko Samui instead of Surat Thani and improved operations at the renovated Don Mueang airport flying low-cost carriers! Have fun and enjoy these – good! – travel news!