Last week I gave an overview of United’s new Business Class seat and this week, I’ll introduce American Airlines’ new Premium Economy for international flights – it’s a step up from Main Cabin Extra and a “real” Premium Economy. Read on to find out what to expect and if it’s worth booking!

Airlines have been adding better seats and more features to their Business Class cabins and at the same time crammed more, ever tighter seats into Economy Class and taken away free luggage, food and drinks. That has left an increasing gap between the dreadful regular economy and the very luxurious and expensive Business Class. Several airlines, like Singapore Airlines or Lufthansa have been filling that gap with a Premium Economy cabin, offering an enhanced experience with wider seats, more legroom, better food and entertainment. 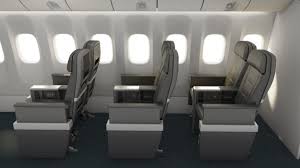 While American Airline has had their “Main Cabin Extra” for a while, it’s not a true Premium Economy, offering the same seat with a little more legroom, but same food, entertainment and service (or lack thereof). But it appears that American has also spotted that widening gap (or is just copying other airlines) and is the first US airline to announce a true Premium Economy for international flights. You’ll get a wider seat with more legroom, a bigger recline and a foot-rest or bar, a personal video screen, power/USB outlets, noise-reducing headsets and better food! If that almost sounds like Domestic First Class – well, in many ways it is! And in some ways, it is “Back to the Future” – “Premium Economy” looks like Business Class used to look like 15-20 years ago, until British Airways and others introduced fully flat beds! It does work a lot better for corporate travelers, as many are restricted to “Business” or “Economy” and will now get a much better product than in the past! 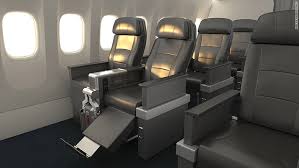 This sounds like a great alternative on long-haul flights, if you want a little more comfort without having to pay the steep price of a business class ticket. It remains to be seen how much American Airlines will charge for it. Singapore Airlines and Lufthansa both introduced their Premium Economy at prices between their regular economy and business. While that sounds obvious, it puts their Premium Economy in competition with other airlines’ business class, making it not that great a deal. 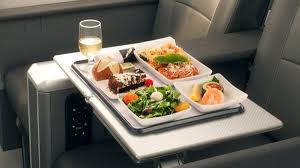 Alas, American Airlines has time to work out the pricing – Premium Economy is starting to roll out late in 2016 with the delivery of new Boeing B787-9 Dreamliners. Expect the rollout to existing B777/787 and Airbus A330/350 to take several years.
In the meantime, get exited about more choices when planning your next long-distance trip and find out more details at American Airlines Premium Economy site!