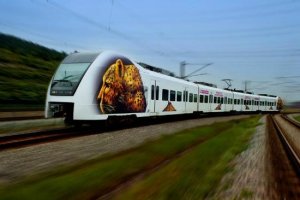 I have called Kuala Lumpur the perfect springboard to explore South East Asia – and the key reason is that it’s so easy & inexpensive to get there and around. With a low-cost flag carrier, the world’s favorite low-cost carrier Air Asia and great public transport around Kuala Lumpur, it’s one of the least expensive places to visit. 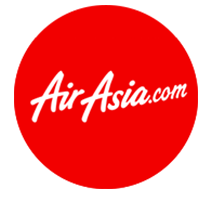 Getting to Kuala Lumpur: KL, the capital of Malaysia, has international flights from all over Asia, Australia, the Middle East and a number of major airports in Europe. A quick search on my favorite airfare search site, kayak.com will help you find the best deal. But what makes Kuala Lumpur so inexpensive is that it’s the hub of Air Asia – you can find fares under $100 to most major cities (and many not so major ones) across Asia. That’s not only great to explore the region – but also allows you to take advantage of long-distance fare sales to other cities in Asia and combine it with an AirAsia ticket to KL! You can find current fares at skyscanner.net – just pick Kuala Lumpur as your departure town, select “Everywhere” as destination and the month of your travel as date – and you’ll see a long list of cheap flights around Asia. Now, you can start or end your trip with a cheap flight to Bangkok, Singapore or Hong Kong!

Getting to the city from the airport: KL has one of the best train networks in South East Asia and that includes a fast and efficient airport train: KLIAEkspres! Trains leave from both Terminal 1 & 2, run every 15 minutes (20 minutes non-peak) and take 30 minutes for the non-stop trip to Sentral Station in the heart of KL, with easy connections to various subways and trains across the metro. Tickets are $13 oneway, with discounts for online purchase, roundtrip tickets, children and seniors! The KLTransit train makes a few stops on the way to Sentral station and works best if you are staying somewhere near those stops or between Sentral and the airport. You can see the schedule, map, current fares and purchase online tickets here!

Getting around KL: There are a number of different trains around KL, operated as rapidKL, KTMKomuter or monorail. While the names might be confusing, they are all integrated and you can ride them with a single ticket! Check out the whole train system on the map below: 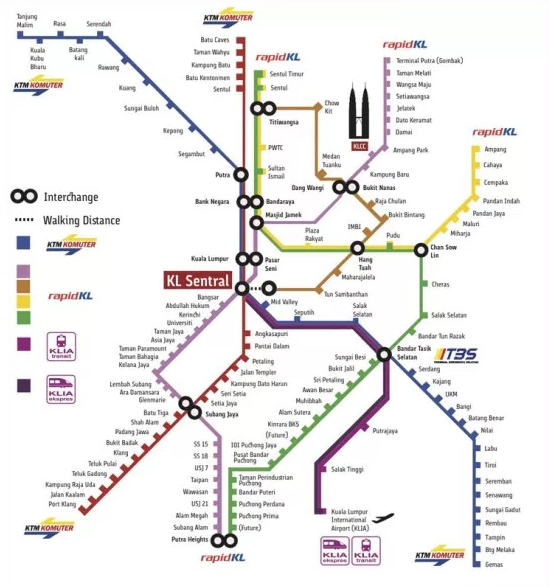 You can buy individual tokens for a single trip or a stored value card for multiple trips (myrapid), valid for 2 years. The lines at the machines are long during rush hour, so if you are staying for a few days, I’d recommend the myrapid card! Short rides around the city center are less than $1 and very convenient! You can check schedules & fares here!

If you are planning to take public transport, staying at one of the many hotels near Sentral, like the aloft Kuala Lumpur is ideal or near one of the train stations.
Alternatively, uber is available in Kuala Lumpur and inexpensive. You also see taxis, but I have had some bad experiences with taxis in the city and have avoided them ever since.

Last but not least, Kuala Lumpur is much easier to walk then you think. There is even a walk way between the iconic KL City Center (KLCC) and the shopping district in Bukit Bintang!