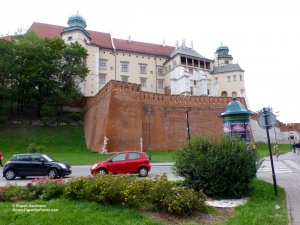 The Wawel Royal Castle of Krakow is one of the most impressive sights in the city with a rich story of history and a number of museums within its walls. Whether you just go for a walk or a longer exploration, it’s well worth a visit and should be on your list!

The first fortifications on the hill above the river were built as early as the 9th century. Over the centuries it was built and rebuilt many times, extended over the years, and yet again rebuilt to what you see today. It was the seat of Polish Kings and the Polish church for centuries, witnessing a long history and leaving an interesting story. After the destruction of World War II, it was rebuilt and turned into a museum. 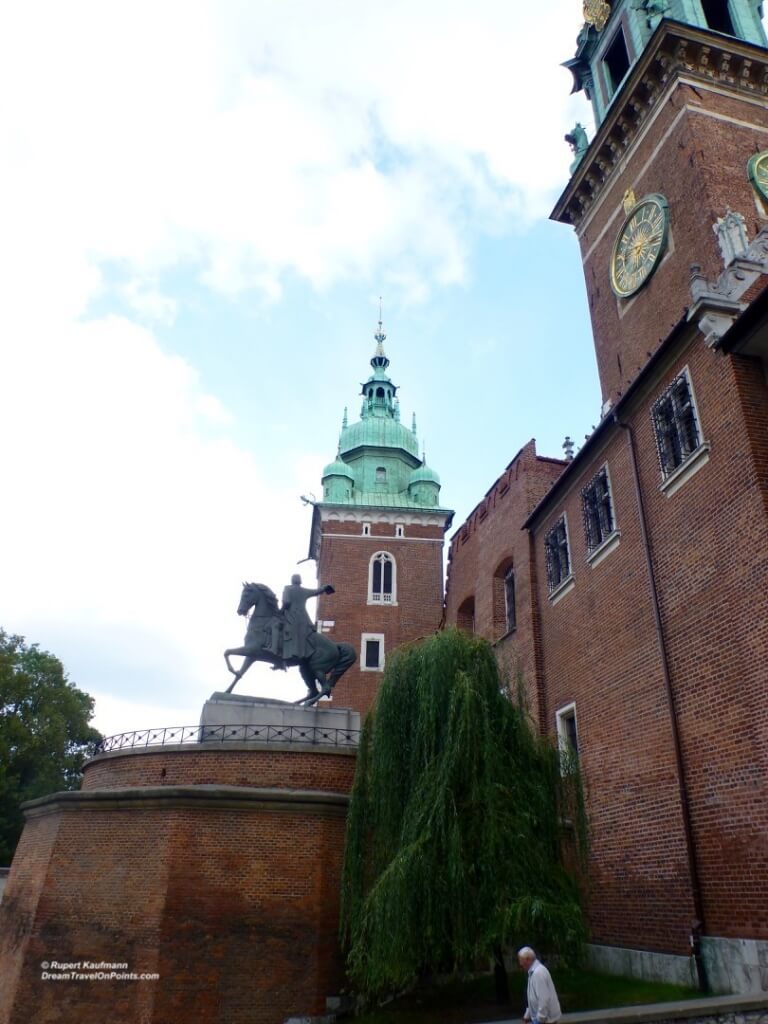 Even if you don’t have a lot of time, it’s worth to hike up the hill and wander around the castle grounds (free). You’ll walk up the path along the high fortification walls and through the castle gate. Past the entrance, you’ll see the huge cathedral – it’s worth walking through it, it is an attraction in its own right! 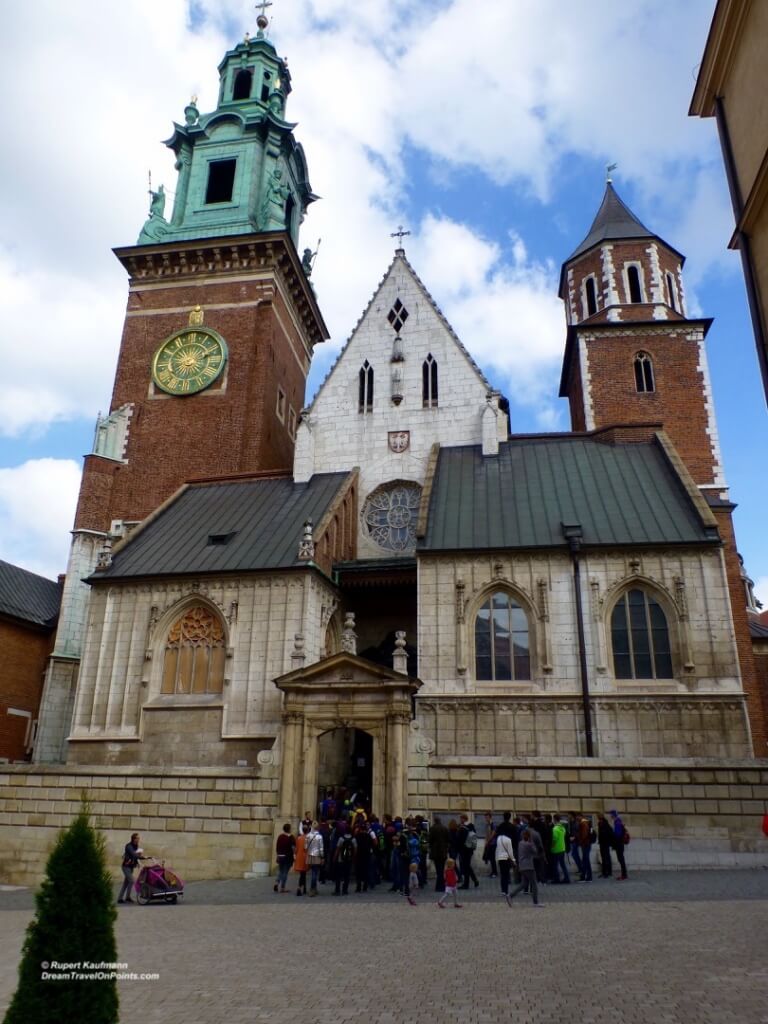 Beyond the Cathedral is the wide open courtyard and on the other side you are treated to a view over the river from the castle walls. You have towers looming high over the castle on either side. 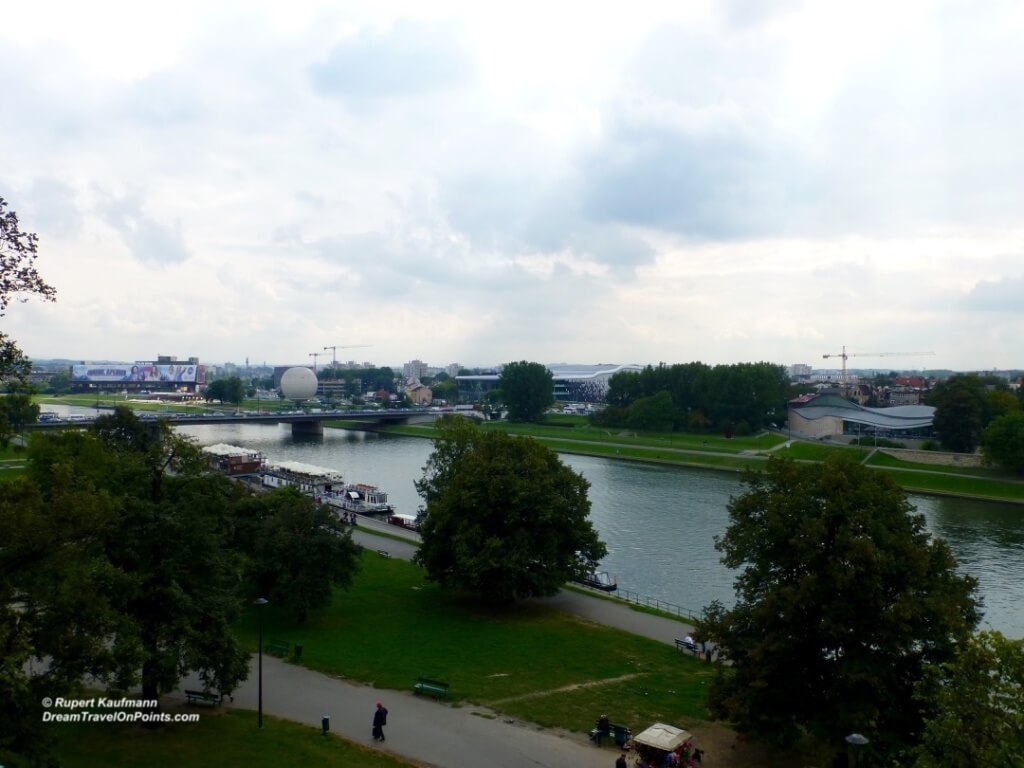 To the left are the former royal residences with its own, arcaded courtyard. From the various styles of architecture you can see how the castle was built and expanded over the centuries with buildings and towers showing the different architectural styles of different periods.

If you have still energy left to explore the castle more (and I hope you do), you can visit one of the many exhibits throughout the castle complex. It’s a little more complicated than it should be, as you’ll need a different ticket for each exhibit and some include a specific time slot for you visit. It pays to figure out, what you’d like to see before going to the ticket counter:

The main exhibition of the castle interior is in the “State Rooms” including the governors residence and guest rooms. You will be able to see carved wooden ceilings, wall friezes and tapestries.  The “Royal Apartments” give you an idea of how the king, his court members and guests lived at the time. You can walk through the chambers and some of the formal rooms with artwork of the time. I found the Royal Castle in Warsaw more impressive, so if you have seen those, you could skip them here.
The “Lost Wawel” is an exhibit about the history of the castle, showcasing the excavation of some of the older structures in the complex, as well as some of the carvings and tiles from earlier periods. It’s pretty unique and a short tour. 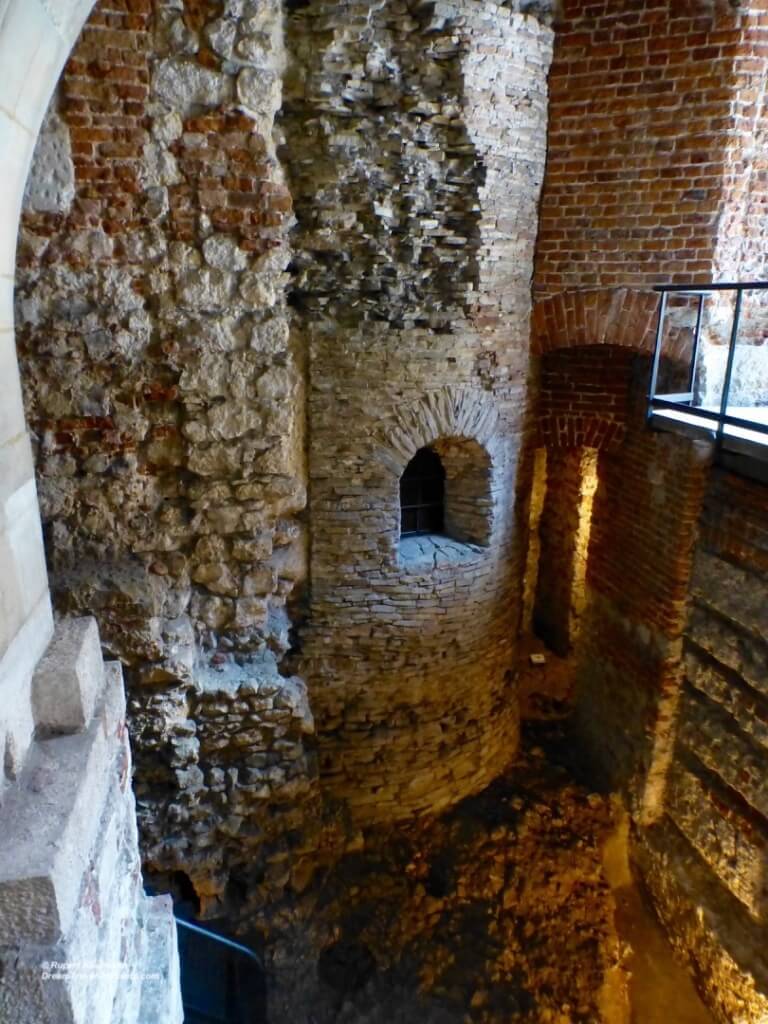 The “Crown Treasury and Armory” houses a collection of royal symbols, swords, sabers and rifles – if you are a weapons fan, this is for you.
Oddly, the castle also has an exhibit of “Oriental Art” from the trade contacts of the Poland at the time. 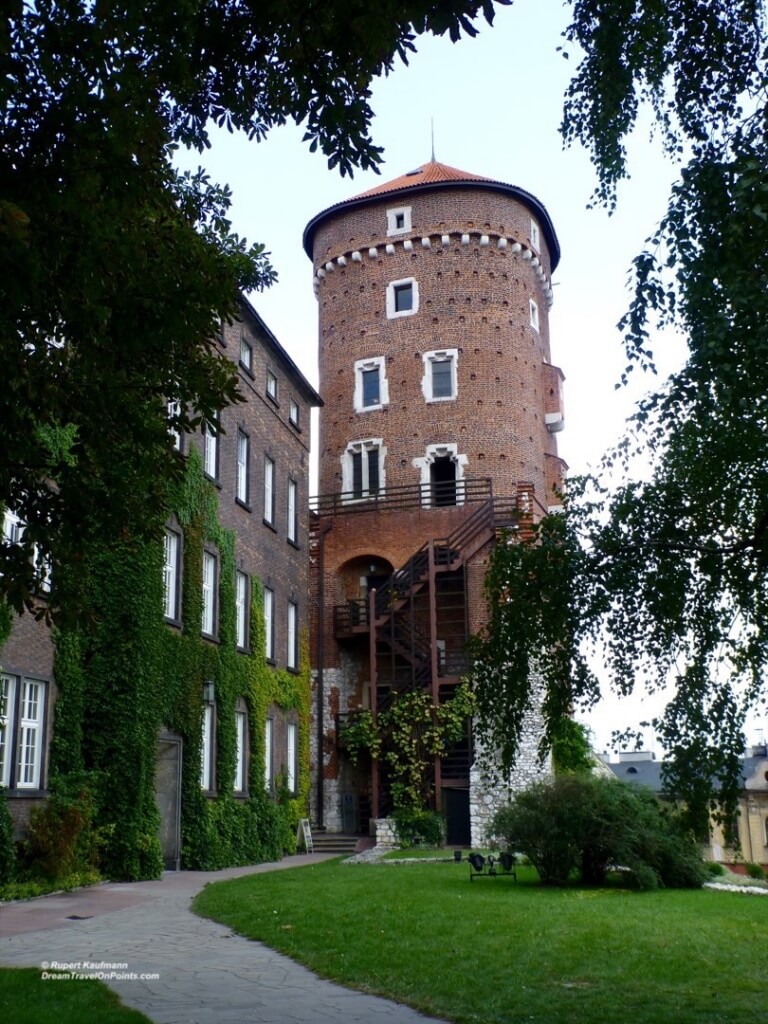 Whatever you choose, you can purchase the tickets at the same office. The opening hours vary by season, day and exhibit, but generally from 10:00 – 16:00 with entry closing 1 hour earlier. The entrance fees also vary by exhibit, but are generally free on Sundays and in November.
You can get all the times and fees here.
There is an outdoors cafe for lunch, snacks or coffee with a nice view of the grounds for a break between tours. I hope you enjoy your time at the castle, it’s worth the walk up from town!