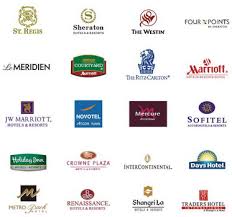 The hospitality research company IdeaWorks has released a new report, rating Wyndham Rewards the most rewarding hotel program, standing head & shoulders above the competition. That confirms my findings – if you are looking for the best value and highest reward rate in your hotels, Wyndham is the best choice. Find out more about the results.

The value of reward programs is a topic of debate, some focus on the perks for elite members, other on the reach of the program with the number of hotels and others on how many points you earn or need to redeem for a free room. IdeaWorks looked at the payback from hotel reward programs and made 1,350 queries for award stays in key cities in the US and abroad for six hotel reward programs. Based on the cash rates for a hotel room as well as the award points needed, it established the value of the points, as well as the reward rate – or payback:

With a payback of 16.7%, Wyndham rewards offers a much higher reward rate than Marriott Rewards at 8.8% in second place and more than 3x the reward rate of the worst performer, Starwood SPG! 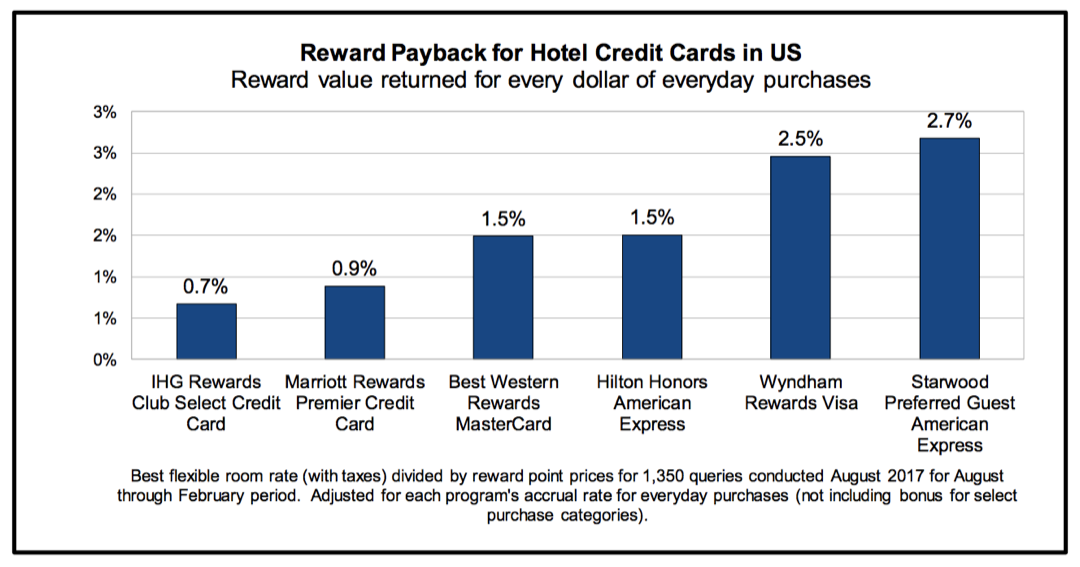 More and more travelers earn points not only with hotel stays, but with credit cards, so it is of great interest to find out, which is the most rewarding credit card to supplement your hotel stays. And while SPG has the lowest reward rate on hotel stays, the SPG AmEx Card offered in partnership with American Express comes out on top for everyday spend with a reward rate of 2.7%, followed by the Wyndham Rewards card at 2.5%! The IHG Rewards Card is the least rewarding at 0.7%.

Another interesting piece of information in the report is the award availability: While SPG and Hilton awards were always available and Wyndham almost always, IHG Rewards Club had the highest rate of not having room availability on reward points at 16%, followed by Best Western at 7.1%.
They also excluded Choice Privileges from the study due to the limited to booking award rooms 30 days in advance – the same reason why I find Choice Privileges to be fairly useless!

I appreciate that IdeaWorks did the detailed research to come up with that study and their method is solid. It comes up with similar results to my earlier report (read here). Some of the differences are due to the approach: IdeaWorks looks at a few key destinations, like New York City, San Francisco, London or Paris. All of these cities are very expensive, resulting in higher point values than I tend to use. They also have a limited number of searches, while HotelHustle uses many more searches in many more destinations, making their value estimates more accurate!

The study also doesn’t look at the higher reward rates for elite members – so as I pointed out in my report, if you are a top elite level member, programs like Marriott Rewards are more . interesting! And if perks are important to you, the crowd favorite SPG or Marriott Rewards shine with more recognition for frequent guests. And lastly, a great payback doesn’t help you a lot, if you don’t like the many budget hotels in the Wyndham Group or don’t have any hotels in the places you want to travel to!

Bottomline: Wyndham Hotels is making a big investment in their reward program, resulting in a payback that is head & shoulders above the competition. If you are a value traveler, like their hotels and don’t worry much about the perks, the Wyndham Rewards Program should be on top of your list and you should consider getting the Wyndham Rewards Visa Card as well.

Hat Tip: Skift published their review of this report.
You find the full report at IdeaWorks! All the data and graphics are theirs and pulled from the IdeaWorks report!