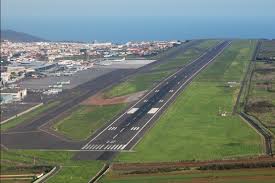 Many frequent travelers avoid certain airports because they are known for frequent delays caused by weather, poor airport design or operations. Now, anybody can avoid the worst airports thanks to the detailed research of OAG. The world’s most on-time airport is Tenerife North in the Spanish Canary Islands with an incredible 90% on-time departure. You can find the other top airports in the article below!

Even the most frequent travelers’ experience pales compared to the 57 million flight records OAG examined. They considered any flight with less than 15 minutes delay as “on time” and looked at airports with at least 2.5 million departing seats in 2017. Because (in general) smaller airports are more likely to operate on time (your first valuable lesson learned), the airports are grouped by size into small (2.5-5m departing seats), medium (5-10m seats), large (10-20m seats), major (20-30m seats) and mega (30m+ seats).

The world’s most on-time airport is the small Tenerife North Airport in the Spanish Canary Islands with 90.05% on-time performance, popular with leisure travelers from Northern Europe escaping harsh winters. My hometown airport of Hanover in Northern Germany wins second spot with 89.34% on-time! The Top 5 Small Airports are as follows:

Among the medium airports, Birmingham wins with 89.52% on-time performance, despite the notoriously bad English weather, followed by Panama City. Two more German airports make the list, with Cologne in the West and my university town of Stuttgart, despite their terrible fog at certain times of year!

The best large airport is Osaka, Japan, followed by Salt Lake City, the Delta hub, and another Japanese Airport, Sapporo:

The top performing major airport is Minneapolis, despite their terribly cold winters, followed by Qatar Airline’s hub Doha and Moscow’s international airport. Two more US airports round out the Top 5, with Detroit and Phoenix – where it can get so hot that the air is too thin for planes to take off!

Among the largest mega-airports, another Japanese airport takes top honors, with Tokyo Haneda in spot 1, followed by Madrid and Delta’s mega-hub Atlanta. Two more US airport make the list with Denver (United) and Dallas/Fort Worth (American). To my surprise, the world’s best airport Singapore Changi only comes in as Number 6 with 80% on-time performance.

The differences in performance are pretty vast and as these examples show, you can’t always blame it on the weather. It pays to review the list, especially when you have a choice of connecting airports – why fly through New York JFK (73%) when Charlotte does so much better (82%)!
It’s also interesting to note that the two Japanese Airlines Japan Airlines and ANA translate this great airport performance into great on-time records of their own, while the US carriers and Lufthansa fail to do the same!

You can find the longer list of airports and their on-time performance in the full OAG Report to find how your hometown airport or most frequent connection airport did!
If you’d like to get more travel related news or deals like this from around the world, please follow me on Twitter – I’m posting news daily, so you can stay up to date on the world of travel with my Twitter updates! Or, for a weekly update, sign up for my newsletter for a Sunday Summary!