While I have seen a few insolvency proceedings in the airline industry, with all the major US carriers having been in Chapter 11 at some point, they usually happen during times of economic crisis, like after 9/11 or the 2008 Great Recession. Alitalia and airberlin both entered insolvency this year, but the process and impact on travelers couldn’t have been more different! Read the tale of two airline bankruptcies below!

Alitalia has been in trouble for years, and has received government support longer than anybody can remember. They have also been bailed out of bankruptcy by the government before, but when the unions voted “no” on a major restructuring to save the failing carrier, clearly hoping for another bailout, the government finally said “enough” and declined support. That forced Alitalia to enter insolvency proceedings in May 2017, supported by a government loan for six months to continue operations.

Since then, it has been pretty quiet, with flights operating normally, the rewards program MilleMiglia continuing to allow earning and redemptions of miles and the SkyTeam alliance continuing to do the same. Passengers have reported a slide in service, with crew seeming to be more worried about their job security than the service to passengers – which is understandable if you don’t know, if you will still have a job 6 months down the road.
And the bidding process for the airline also seems to proceed in an orderly fashion, with bids expected in October, 5 months after entering insolvency, and a push to maintain the carrier as a whole, rather than cutting it into pieces! 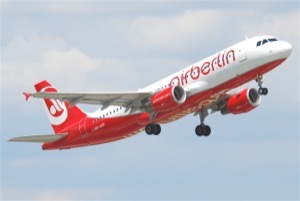 airberlin in comparison entered insolvency when the largest stakeholder Etihad pulled (previously promised) funding in August. The government promised a 3 month emergency loan (compared to 6 months in Alitalia’s case), declared their preference for Lufthansa as a “national champion” (which is not really the open bidding process you’d expect) and the administrator set a meeting to decide on any potential bids by September 15th – less than a month later (compared to Alitalia’s 5 months!). Sure enough, that caused speculation that the bidding was rigged in Lufthansa’s favor – with a former LH manager at the helm of airberlin, talks between LH, Etihad, airberlin and the government having started months prior and a deadline hard to meet for any serious bidder, considering the complexity of the situation. LH declared that they wanted only parts of the airline and nobody seemed to be interested in continuing operations of the whole!

In parallel, the administration immediately started to disassemble the airline, with the topbonus rewards program shut down immediately, routes (that are not interesting to LH) being cut, the OneWorld alliance benefits being cut back (also of no interest to LH as a StarAlliance carrier) and a target date of the End of October being set for the end of regular operations! With the bidding focused on the planes, crews and airline slots, and maintenance, there is little hope for administrative staff to keep their jobs – and in an never-seen-before move, the whole e-commerce team put itself onto the market for a new employer and actually found one!
Interestingly, other bidders have now emerged, who want to continue airberlin and are willing to bid a higher price than what LH is rumored to offer (of course nobody on the outside knows for sure!).

It’s fascinating to see how different the insolvency of two airlines both governed by EU regulations (and at least somewhat similar insolvency laws) can go through such a vastly different process. Both of these processes will come to a head in September/October and I will be watching closely how it goes. It will interesting to see if there will be any law suits in the case of airberlin, given the rushed proceedings!