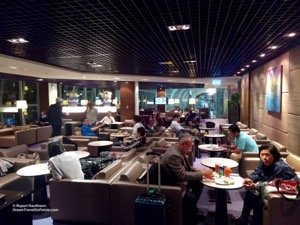 Thai Airways has a total of 8 lounges at their hub at Bangkok’s Suvarnabhumi Airport. Because the airport is huge and the walk from one end to the other can be long, it’s helpful to have lounges close to the gate areas. On a recent trip, I checked out the Thai Airways Royal Silk Lounge in Terminal C before departing from a C gate nearby.

There are two (almost identical) Royal Silk Lounges in Terminal C on Level 3 just opposite each other. They are both available to StarAlliance and Thai Airways Business Class passengers as well as Royal Orchid and StarAlliance Gold members traveling on StarAlliance flights.
They are both much smaller than my favorite lounge, the Royal Silk Lounge in Terminal D, and have one main seating area with leather chairs and tables. The seats are pretty tightly packed, making it difficult to get to the seats with luggage. Despite being much smaller, the lounge feels busier and noisier than the D lounge! A little more separation between groups of seats would help improve the experience.
Both the C East and West lounges also have private rooms and a work corner with PCs as well as showers. The East lounge has “slumber rooms” which I didn’t get to try on my short layover!
The food and drink selection at the buffet is better than what you’ll find in the US, but smaller than in the D lounge a short walk away. You can chose from cold and hot snacks as well as cold and hot drinks, wine and beer. 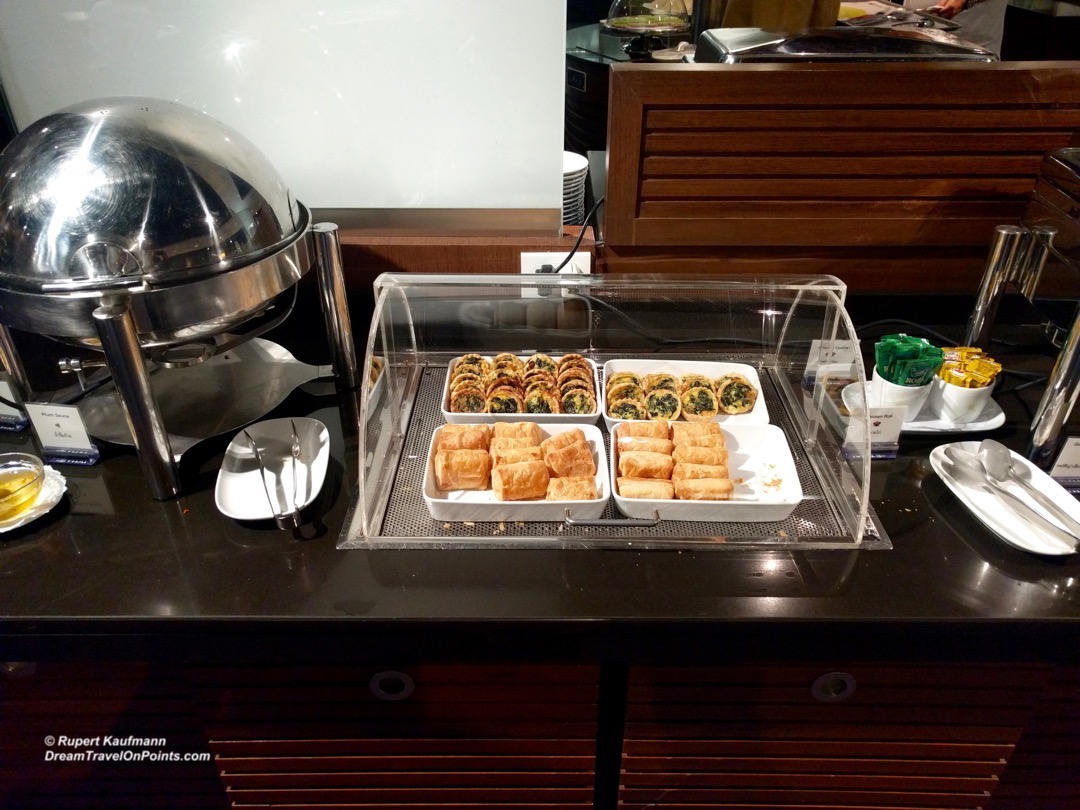 If you have a short layover or are departing from the C-Gates, the C East/West lounges are conveniently located and nice enough to spend your time and have some refreshments. Officially, the C/E lounges are your only choice as StarAlliance Gold members, but I was still able to access the D lounge on my most recent trip flying Thai Economy class as a StarAlliance Gold member – your mileage my vary! If you have a little time and get access to the main D Lounge, with the Royal Orchid Spa, I’d stop there before heading to your gate!
If you are leaving from the E/F/G gates, it’s worth checking out the similar lounges near the E gates so you are closer to your departure gate. Check out the map of all lounges below! 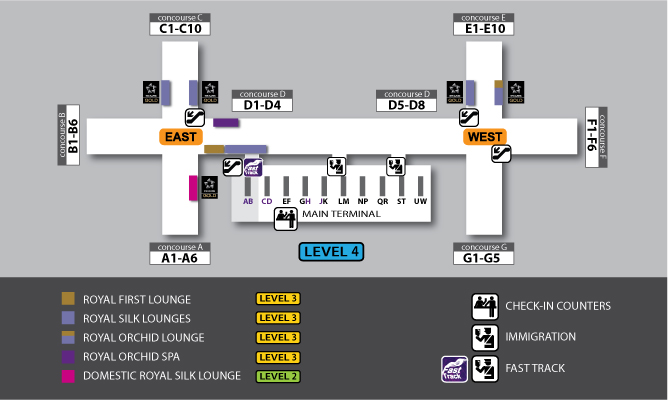