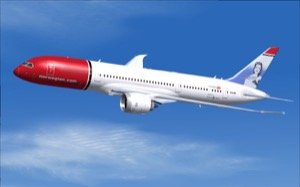 Low-cost carrier Norwegian Air is offering super-low fares on one of their new route between Singapore and London-Gatwick with fares widely available in the next few months from SGD149 (USD112) one-way. That’s the lowest one-way fare I’ve ever seen between Europe and Asia! If that fits your plans, be quick before they are gone!

While I have yet to try out Norwegian Air, I’ve been following the low-cost carrier ever since they launched a fare war over the North Atlantic with fares from the US to Europe as low as $69 one-way. Competitors followed suit and transatlantic fares have been lower than ever!

Now, they are bringing the same approach to routes from Asia to Europe, with the lowest fares yet between Singapore and London-Gatwick at only SGD149 (USD112)! And, different from other sales, these fares are widely available from January through May, with almost every day available in May!

Return fares from London are more expensive, so make sure to compare round-trip fares before booking. This is especially interesting though to combine with a one-way award trip (if you don’t have enough miles for a round-trip) or for a round-the-world trip – just keep going to the Americas and on!

These fares are of course only for the flight itself, including a carry-on of 10kg and personal item only. Checked bags, seat assignments and food cost extra – in a bundle you get all of that for SGD90! An extra legroom seat is SGD45 – worth it for somebody with legs as long as mine!

You can book it directly with Norwegian – make sure to go through the Norwegian Singapore Site to get the lowest price!