UPDATED 2018: HotelQuickly has discontinued operations – read more here!
Recently, I reviewed hoteltonight a last-minute hotel booking app for smartphones that pioneered that idea in the US. Today, I’m reviewing HotelQuickly, an app that was “inspired” by hoteltonight and focuses on hotels in Asia. Read my review to find out if it is worth downloading to your phone.

First off, some might yell “copy cat” when they read this and see the screenshots of HotelQuickly. Clearly, they have closely followed the idea and success of hoteltonight. They do still deserve a review, because hoteltonight has chosen not to operate in Asia, leaving that market to somebody else to address – and HotelQuickly (HQ) has done that.

How does HotelQuickly work? HQ works just like hoteltonight: They present the destinations in a list with beautiful photos. 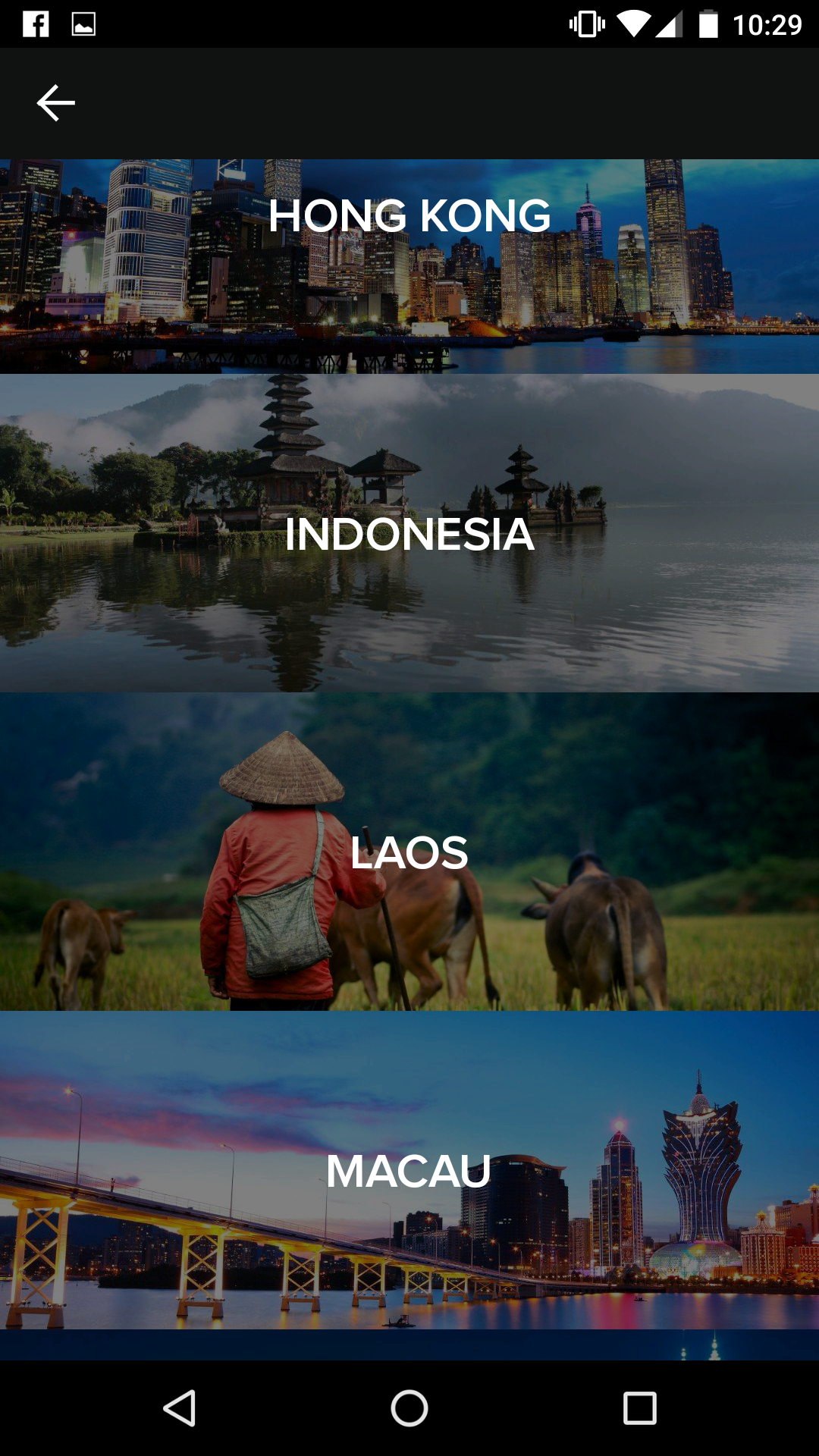 Per destination, you get a small selection of hotels available tonight (or up to a week out) at what is promised to be great discounts. 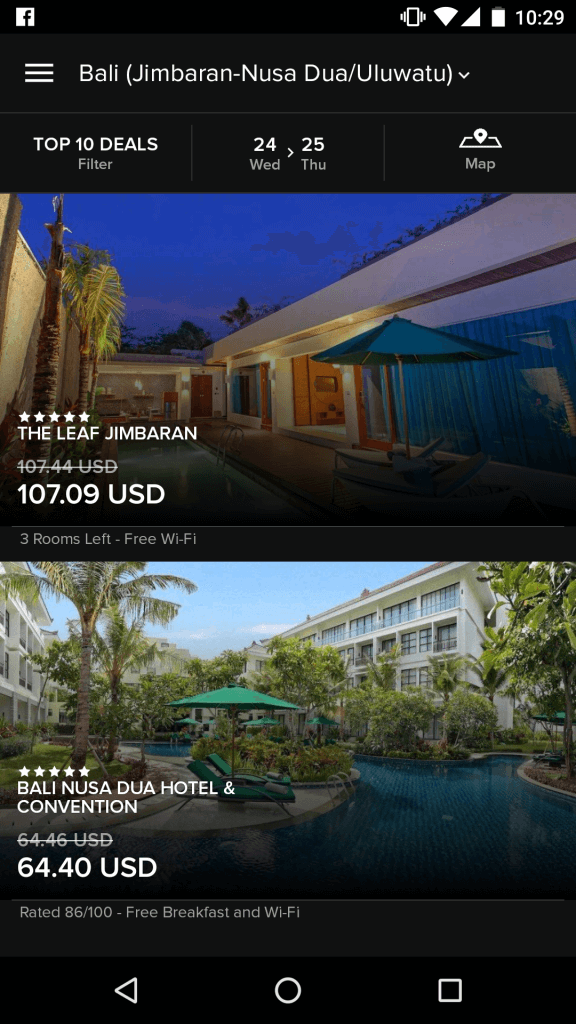 You get some basic information about the hotel, its facilities and the rooms and some photos. Interestingly, HotelQuickly provides a comparison to “lowest rate on the internet” – more on how helpful that is later… 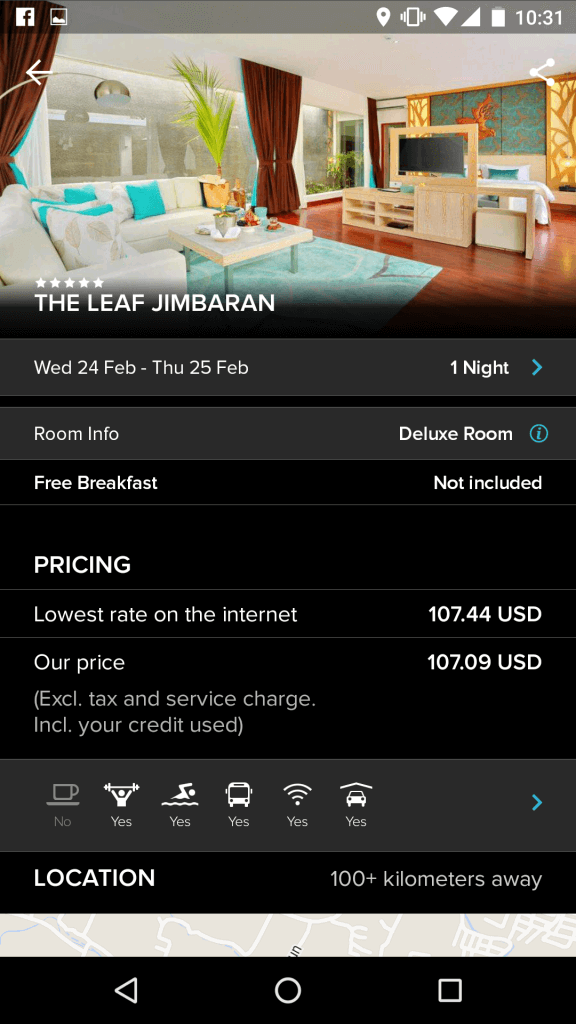 How good is HotelQuickly? I picked 4 hotels in 4 locations HotelQuickly covers for 4 separate dates and compared the rates they offer (and the lowest internet they claim) with the actual rates available at hotels.com and agoda.com, two of my favorite Hotel Booking tools that also happen to have some of the largest inventory worldwide. Here are the rates I found:

HQ focuses on lesser known hotels – I found few chain hotels during my search – and the majority of properties are budget and mid-scale hotels. They do seem to cover their local market well and actually had some hotels not covered by Agoda and hotels.com during my search.
Surprisingly, they were MORE expensive by 6% than the big booking engines when looking for same-day-rates – their declared specialty.
For all searches, they were on average 4% more expensive compared to all three search engines, but HotelQuickly had the lowest rate in half the searches, better than any of the three others alone.
While I was excited to see the “lowest internet” rate as a sign of great transparency, expecting it to be a result of a meta-search similar to Tripadvisor, it is nothing of the sort. Most of the time, it was much higher than other internet rates and on average, their “lowest rate” was 8% higher than Tripadvisors lowest rate, so I’d call that a marketing scam more than a transparency tool.

Who should use it? While I recommended hoteltonight for specific situations, like the last minute travel it was designed for, the case for HotelQuickly is more difficult. While it had the worst rates for same-day searches (and failed its primary mission),  it does deliver very good rates for the hotels it offers a few days out. HQ achieves that by focusing  on a small number of lesser known hotels at the lower end of the market.  If you want the lowest price possible for your hotel, want a larger choice of hotels or prefer name-brands, you’ll be better off to plan ahead and book 4-12 weeks ahead for the best deals, using the big three search engines instead!
BUT, if you are spontaneously traveling in Asia, don’t mind staying at a lesser known hotel and usually just book a few days ahead, download HotelQuickly and give it a try. Just ignore the “lowest rate” they provide, it’s useless, and double check Tripadvisor instead to avoid overpaying.