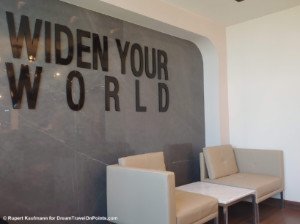 Turkish Airlines just opened a new lounge at Bangkok’s Suvarnabhumi Airport. It’s large, peaceful and service food that’s just as good as what you expect onboard Turkish Airlines. Service is friendly and you can even get a shower to refresh before your flight.  It’s available to Business Class passengers of Turkish Airlines, StarAlliance Gold Elite members departing on a StarAlliance carrier in any cabin and to Priority Pass members. It’s a great addition to Bangkok Airport, not only for Turkish Airline passengers!

Bangkok Airport has a large selection of lounges, including a number of lounges managed by Thai Airways at their hub airport. Eva Air and Singapore Airlines also maintain their own lounges at Suvarnabhumi airport, so it was a little surprising that with all these StarAlliance lounges Turkish Airlines opened their own!
The Turkish Airlines lounge is located at level three (one level below departure level 4) in the central axis of the terminal near the E/F/G end. After going through immigration, go down to level three and head towards E/F/G and you’ll see the lounge on your righ-hand side.
The reception desk processes your credentials quickly and hands you the WiFi code for the lounge. The WiFi was reliable and fast at around 5Mbps.

The lounge has brown hardwood floors and the seating is held in beige and grey tones, looking pretty modern. Near the entrance is typical lounge seating with padded, beige leather chairs and couch tables in groupings of 2 or 4. Near the window are high-back grey, swivel chairs that are very comfortable. 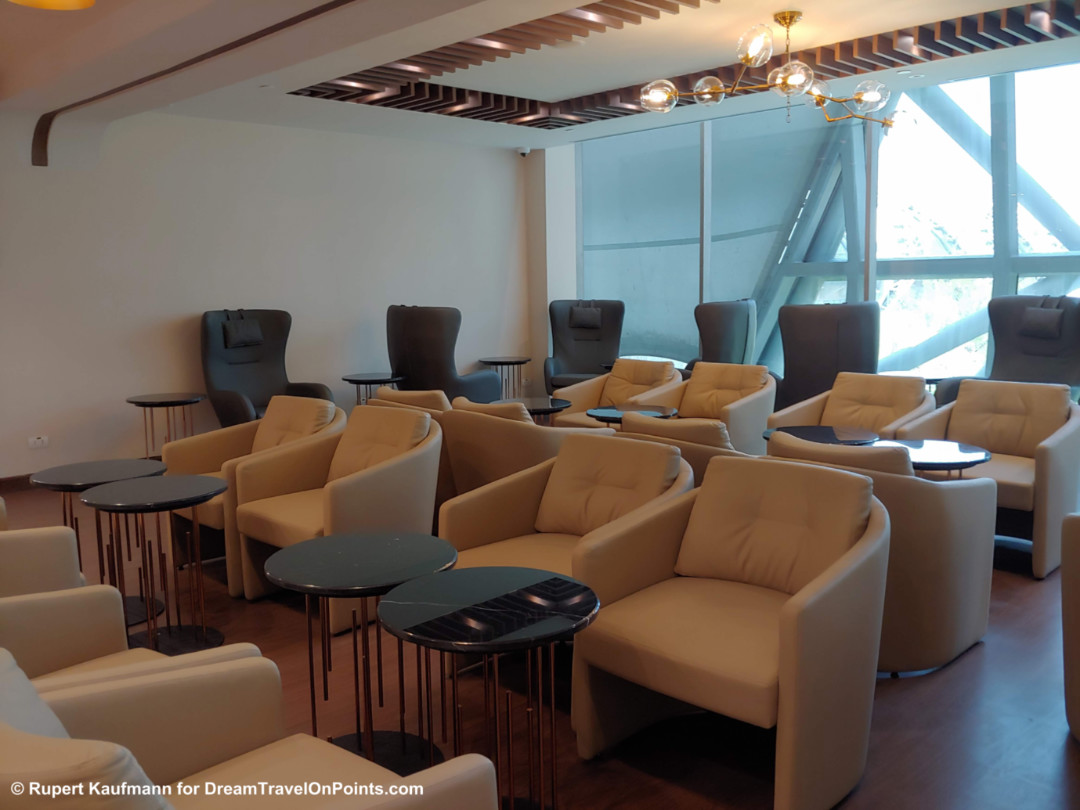 In the center of the lounge is a bar with high chairs, offering drinks including beer, wine and liquor. 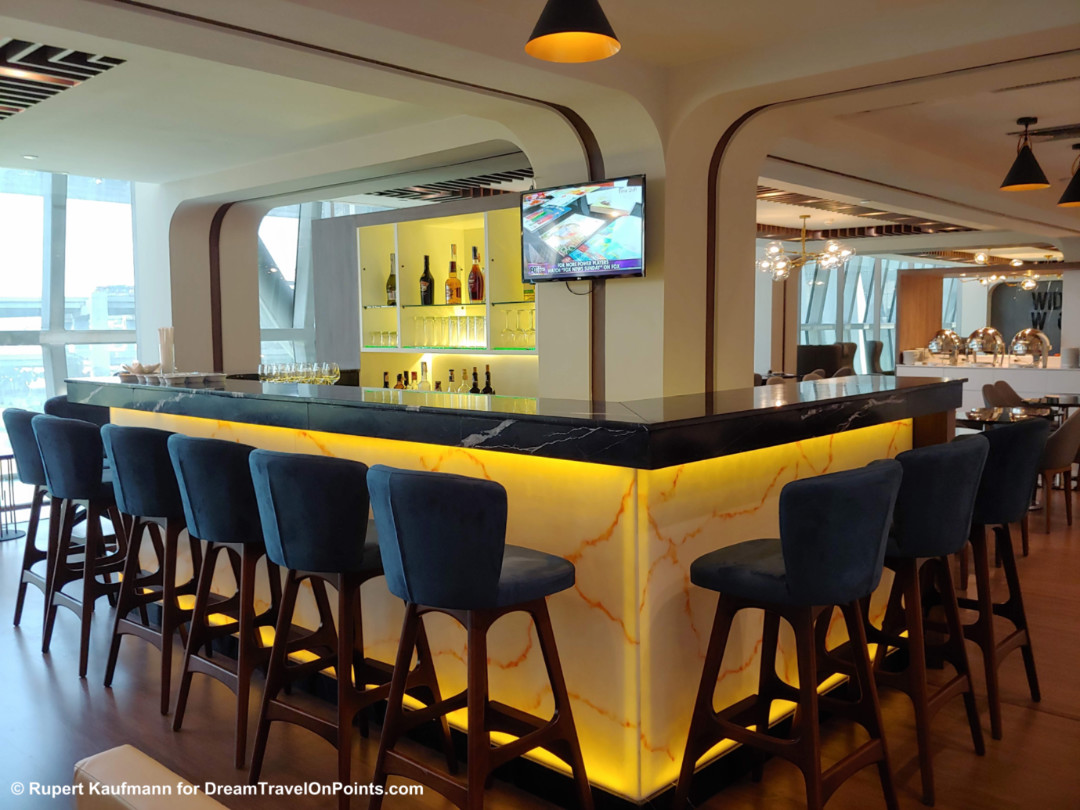 Between the bar, an open kitchen and the food buffet you’ll find bistro style seating with grey-blue chairs and black tables. In the back of the lounge is another seating area with beige and grey chairs. 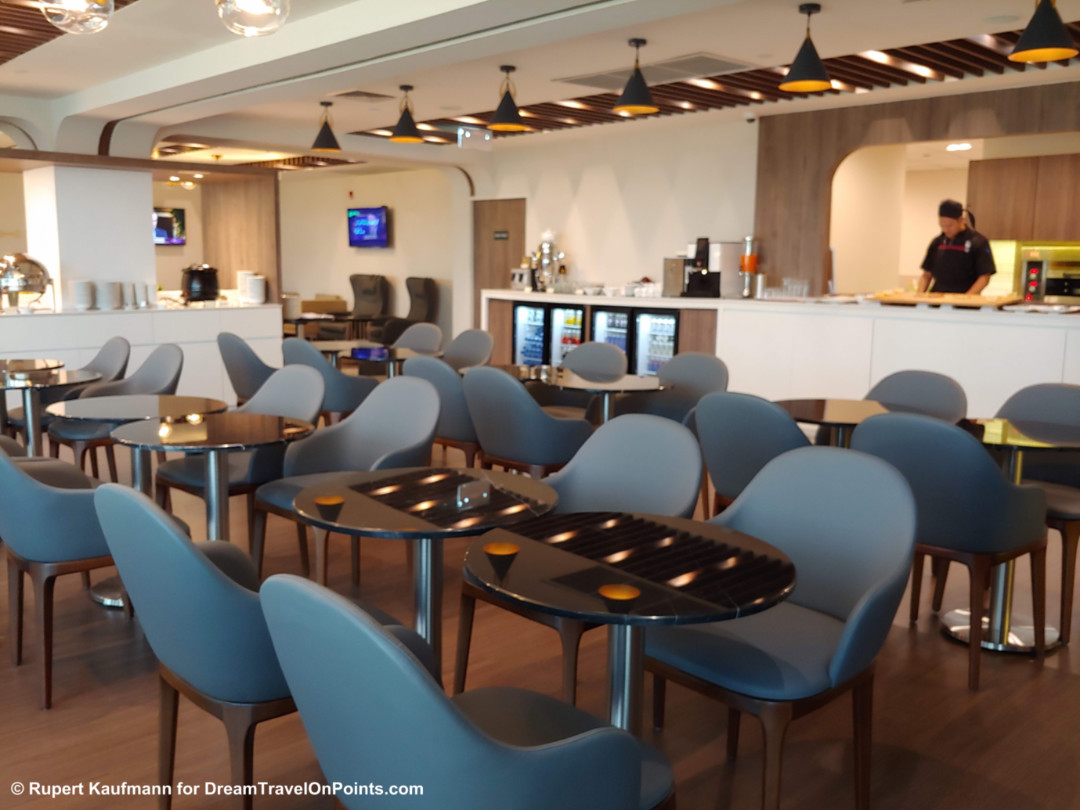 For lunch, the open kitchen offered pizza and the buffet offered snacks, salads and a chicken Stroganoff with rice. It was excellent and some of the best lounge buffet food I’ve seen in awhile. They also had chocolate brownies to die for!

The washrooms and toilets were just as new, nice and clean. There is a single shower room inside the restroom area. It’s locked and you can ask the lounge staff to open for you and provide you with towels and toiletries.
You’ll also have access to a business area, with a meeting table & chairs as well as two computers. 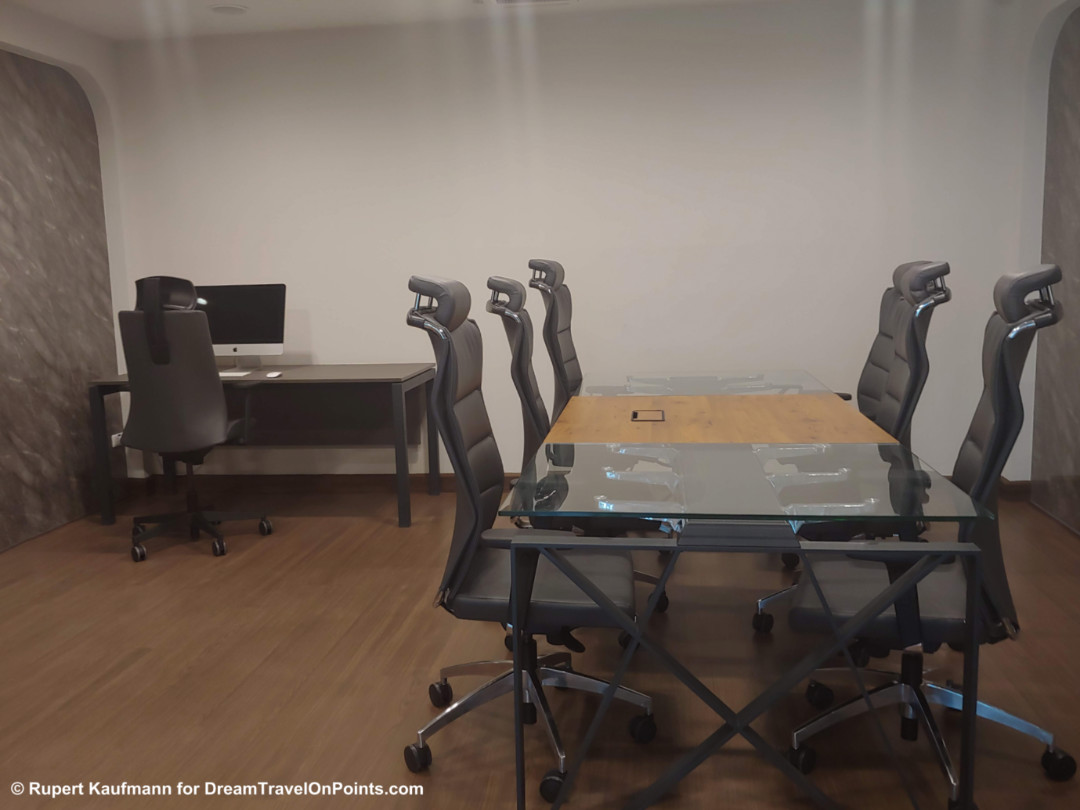 The Turkish Airlines Lounge at Suvarnabhumi airport is a nice addition to Bangkok’s airport. It’s a great alternative to the often crowded StarAlliance lounges of Thai Airways and Singapore Airlines. It’s also a competitor for the best PriorityPass lounge in Bangkok – the Turkish Air lounge is a little bigger than the Oman Air lounge, very peaceful and offers even better food – but it’s a close call! Give it a try on your next trip to Bangkok, I will certainly be back!