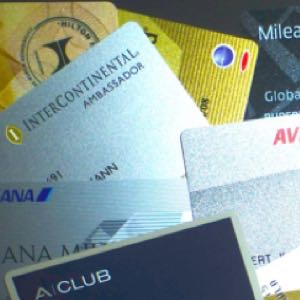 I have previously reported on the power of promotions to earn lots of points and miles (here), save money on hotel stays and gain elite status in hotel and airline frequent guest programs (here) more quickly. My upcoming Baltic Explorer trip is also fueled by promotions to make it cheaper and better by getting the most of the promotions airlines and hotels offer!

Flights: I’m using a mix of sales and miles for my flights on this trip. After Malaysia Airlines cancelled my business class ticket from Frankfurt and was not willing to change it to an alternative (yes, unbelievably bad customer service!), I had to book a last minute ticket. Business Class tickets had doubled in price, so I resorted to a rewards ticket! The flexible Ultimate Rewards points I earned with my Chase Sapphire Preferred and Ink Bold credit cards came to the rescue: I transferred points to Singapore Airlines (SQ) KrisFlyer program and was able to book a First Class ticket to Amsterdam – score! I’m excited to fly SQ First.
I will be connecting to Helsinki on a KLM flight with a ticket bought during a sale. While I’m looking forward to the overland travel in Eastern Europe by bus and train to see more of the countryside, I did opt for a flight from Krakow to Berlin: The ticket for the 1h flight was cheaper than the 8h train ride – courtesy of AirBerlin and their great sale (reported here).

To make the KLM and AirBerlin flights more comfortable, I leveraged the power of status matching! As a United 1 Million Miler, I hold StarAlliance Gold status. AirBerlin (oneWorld) offers to match other alliances and I got Gold in their program (here). And Alitalia is currently running a status match promotion, offering Gold in their program, providing me with status in the SkyTeam alliance (here)! Just by having status in one alliance and asking for a match, I was able to get status in all three major airline alliances! It will provide me with priority check-in and boarding, more luggage and access to better seats, all without charge – awesome!

Hotels: One of the triggers for the Baltic Explorer was the recent devaluation of the Club Carlson program. With the elimination of the 2-for-1 reward night benefit, I wanted to make use of my over 200,000 Carlson points and Northern Europe is a great place for it: Radisson Blu, the upscale brand in the Carlson Rezidor portfolio, is the most frequent chain in the region and I was able to book a few  2-for-1 stays along the way.
I also leveraged another (still available) feature of the Club Carlson program: As a Gold elite member, you can book 2-for-1 weekend stays at their properties in Europe (promo code: RSGP1P1). It’s better than most promotions in that it applies to already low rates and not only sky-high “rack rates”. It works best when booked early and I have a few bargain stays at great hotels to look forward to.
Another promotion courtesy of AirBerlin is their Hilton Fasttrack-to-Gold promotion. You can earn Gold status in the Hilton HHonors program after only 3 stays – it normally takes 20 stays or 40 nights! Hilton Gold is very valuable to me because it includes breakfast, which can be pretty expensive at higher end hotels, as well as internet, lounge access or upgrades!
To find out where else you can get status more easily through a status match, go to StatusMatcher and see what’s possible!

And last but not least, I took advantage of a few Accor Private Sales (as reported here) and booked some very cheap rooms. Based on those stays and a promotion, I should be able to achieve Platinum status in the Accor LeClub program. While the benefits are limited, it’s nice to have as I expect to stay a lot with them in Asia and Europe!

As after my ASEAN Explorer trip, I will post the success of the promotions (hopefully!) as well as the cost of hotels and flights to give you an idea how much (or little) it takes to go on an adventure like this!