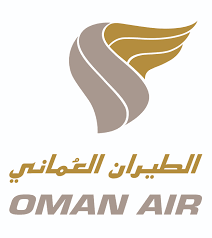 Oman Air is the flag carrier of Oman and started in 1993 with a single Boeing B737. It launched long-haul flights to London and Bangkok only n 2007, making it one of the younger international airlines. Oman Air benefits from a great location, similar to Emirates or Etihad, yet is much less known. Find out all the facts & figures about Oman Air destinations, fleet, safety and quality! 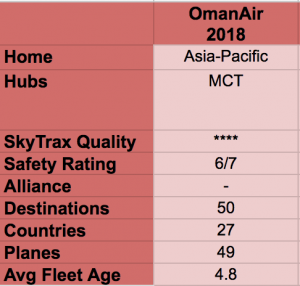 Who are they? Oman Air (WY) started in 1993 with domestic and regional flights. It wasn’t till 2007 that the Omani government started a rapid expansion, following in the footsteps of the Big Middle Eastern 3, Emirates, Etihad and Qatar. Oman Air is based at Muscat International Airport (MCT), the Omani capital, and serves 50 destinations with a fleet of 49 planes. Oman Air offers First Class, Business Class and Economy Class, depending on the planes and destinations.
SkyTrax rates Oman Air as a 4-star airline, on par with popular Emirates.
AirlineRatings gives Oman air a 6/7 safety rating, with one star removed for the ICAO Country Audit for Oman, which is outside the airline’s control.

Oman Air Destinations: Oman Air serves 50 destinations in 27 countries. India is the biggest market with 11 destinations. Oman Air flies to 18 destinations across the Middle East and 6 in Africa. WIth destinations in Europe (including Paris, Frankfurt, London and Rome), South East Asia (Bangkok, Singapore, Manila, Kuala Lumpur) and Guangzhou, China, it can offer convenient one-stop connections similar to the other Middle Eastern airlines.
Oman Air is serving a number of secondary airports not served by other major airlines, for example Manila in the Philippines or Munich in Germany, making them a good alternative to reduce the number of stops for those destinations. 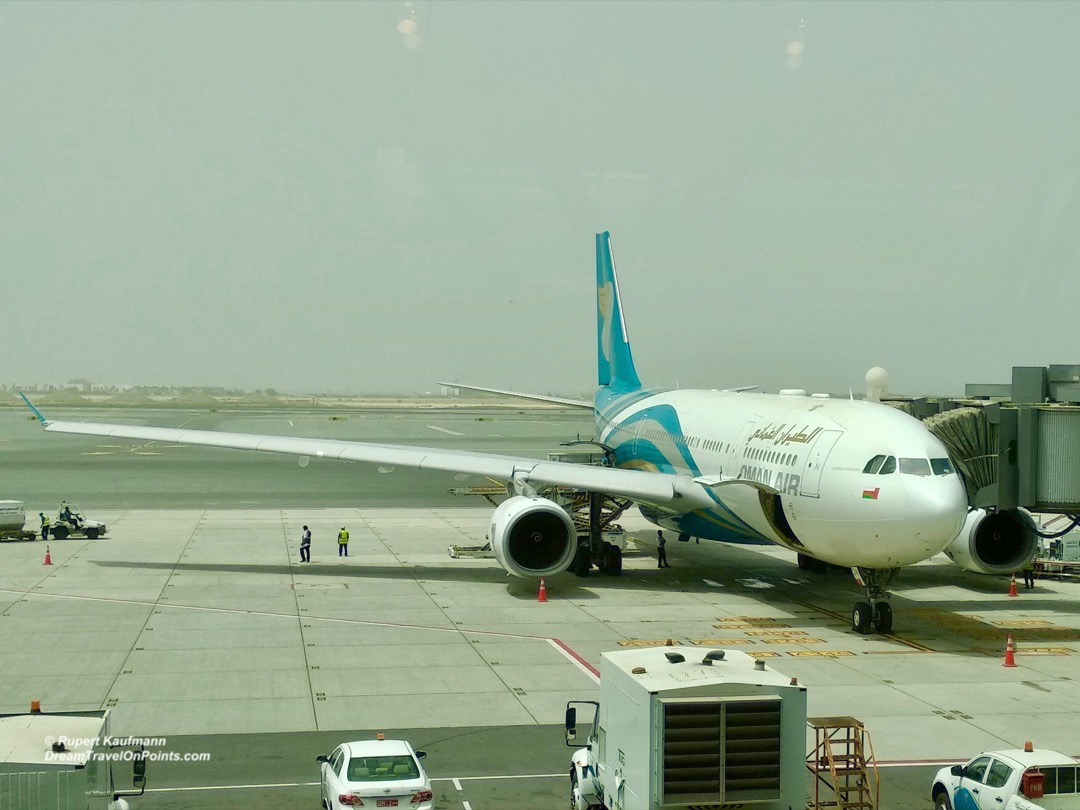 Oman Air Fleet: Oman Air has a fleet of 49 planes with an average fleet age of only 4.8 years, making it one of the youngest fleets in the sky. Long-haul routes are served by Airbus A330 and Boeing B787 planes. Only the largest A330-300 offer a First Class cabin with only 6 enclosed suites. The remaining A330 and B787 offer Business and Economy cabins only. All long-haul business class cabins offer fully-flat seats with direct aisle access, a very high standard few airlines achieve across their whole fleet! Oman Air has announced plans to replace the A330 with the newer A350 planes, despite an average age of only 6.8 years, keeping the fleet very young for the foreseeable future!
Short- and medium-haul routes are served by Boeing B737 planes, all configured with Business and Economy cabins. Business Class consists of recliner seats, comparable to US domestic First Class in a 2-2 layout. Oman Air is planning to retire their remaining 4 Embraer E170/175 by the end of 2018 for a simplified fleet.