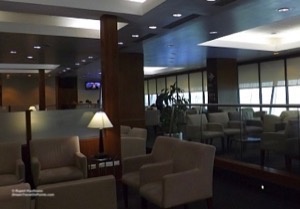 For my trip to South America, I utilized an award ticket from United MileagePlus, flying United and Copa Airlines, a StarAlliance partner. Fortunately, the second stop on that long trip, gave me a chance to freshen up and relax at the Copa Club at Tocumen International Airport in Panama City, the main hub for Copa Airlines. You can get access as a business class passenger, a StarAlliance Gold elite flyer or as a PriorityPass member!

If you’ve read my overview of Copa Airlines, you know that based on their previous relationship with Continental, they are very similar to United Airlines. And you’ll notice that as soon as you step into their main lounge at their Panama hub, the Copa Club. It’s a huge open lounge, with light-wood paneling and beige furniture. There is plenty of seating available, as well as a bar and some work spaces and storage. There are some room dividers for privacy, but it is still a very open lounge. It was fairly empty during my visit and was peaceful enough. The service was another of United – it was professional, but not very friendly.

My most important mission on this second stop was to get a shower to freshen up! Long-haul flights are very tiring and having a shower is a great way to break up the trip and feel fresh. I didn’t have to wait for a shower suite and it turned out to be a very nice set-up, similar to an upscale hotel bathroom. It is held in marble tiles on the floor and walls and has a large vanity area, a big shower with a glass door, a toilet and a bench. 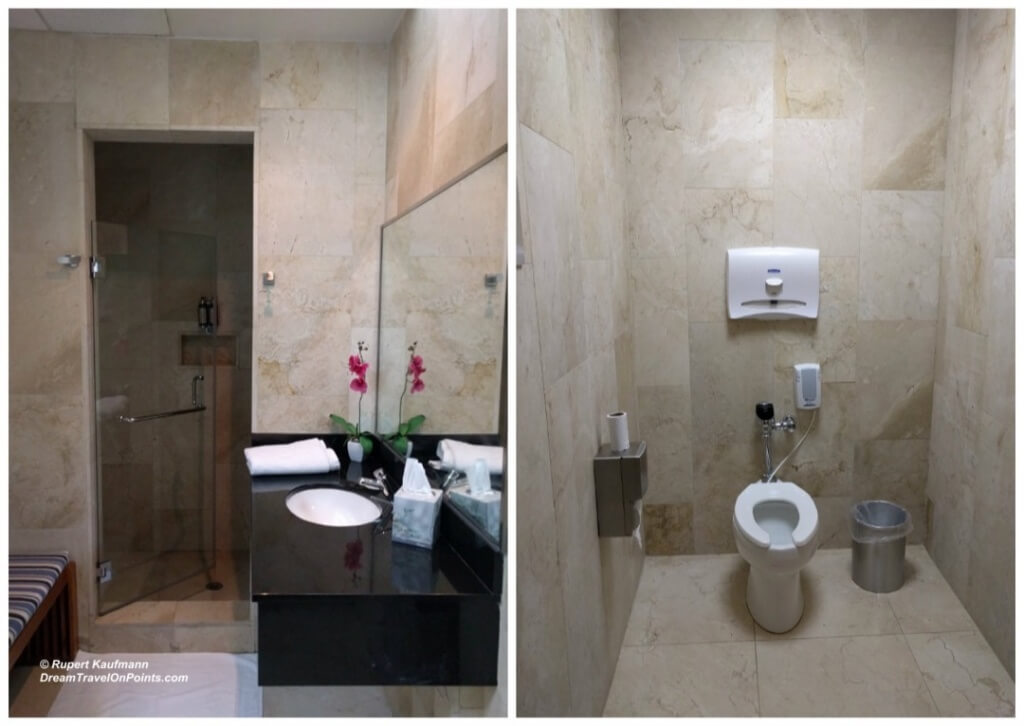 It’s a large room with plenty of space for your luggage and clothes. I like the shower door, helping to avoid getting your luggage wet and the bench to change or put your stuff. Shampoo, soap as well as towels and tissue were provided. There were no dental or shaving kits during my visit, so come prepared! Despite the limited toiletries, it is one of the better shower suites I’ve found in lounges, based on the space, design and decor and I left refreshed! I found it funny that Copa felt the need to point out that the shower is for ONE person only 😉 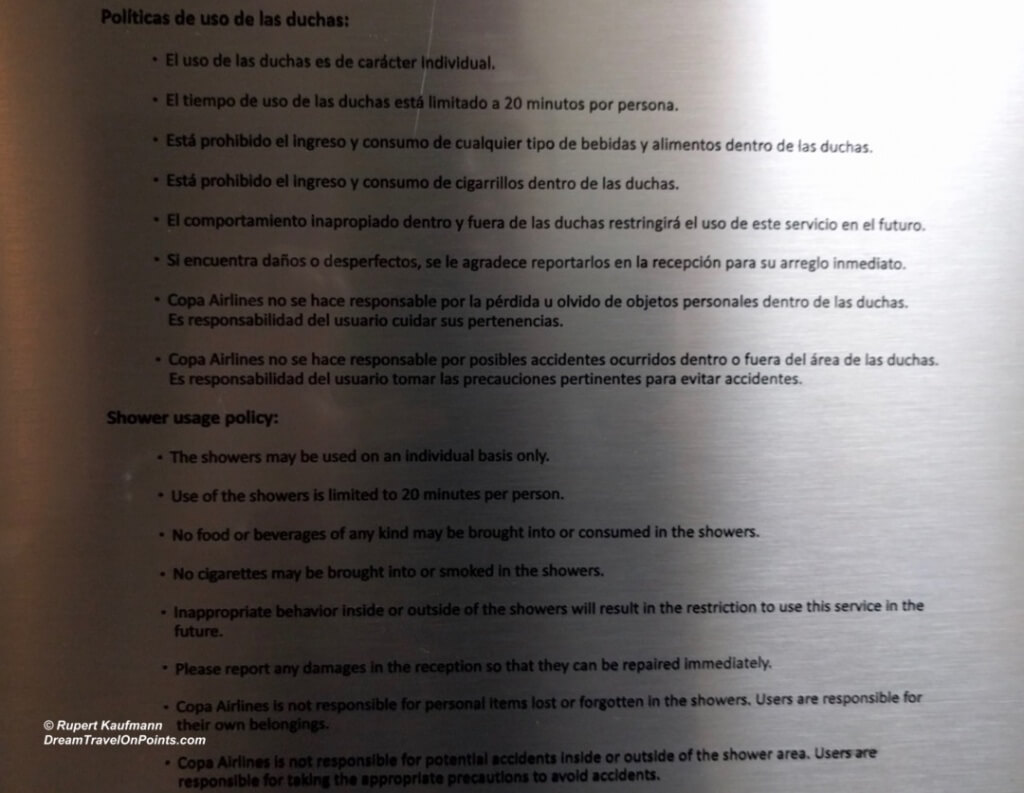 After the nice shower, I was looking for some food – and unfortunately, the similarities with United came to mind again: There was not much food to speak off, just a few sad snacks. If you are hungry, make a trip to the food court before you get to the lounge instead! I’ve been spoiled by the wonderful lounges around Asia and Europe and this type of bare bone offering is just not competitive!

Overall, I was glad to have access to the Copa Club and enjoyed the shower in the very nice suite. The lounge seating, bar area and service were nice enough, but the poor food offering was pretty poor. It’s better than sitting in the busy terminal, but doesn’t much to enhance the travel experience. Copa could turn this into a great experience at their hub airport with a better food offering, let’s hope they do that in the future!