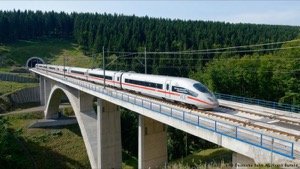 After a 26-year project costing $10Billion, the new train line from Munich to Berlin was opened and the new ICE train made it’s inaugural journey of 4 hours to the German capital at speeds of 300kph, cutting the travel time from 6 hours! Despite the long built, high cost and technical issues, this is a major breakthrough for public transport and great news for travelers in Germany!

This rail project started as part of the unification of Germany after 1990. While faster rail travel came faster to flat Northern Germany with ICE trains linking Hamburg, Hannover and Western Germany to Berlin once it became the capital of the country, the more than 600km link to Munich was a technological challenge. More than 300 rail and 170 road bridges had to be built through the mountainous terrain to make the high-speed rail happen – more than half the route is in tunnels or in valleys! The tracks are no longer on gravel, like others since their invention, but on over 160,000 concrete slaps! This new track will allow the latest generation of ICE trains to reach their top speeds of 300kph. While new transport infrastructure usually comes at the cost of the environment, this new track freed up thousands of acres of land and 600,000 trees were planted! 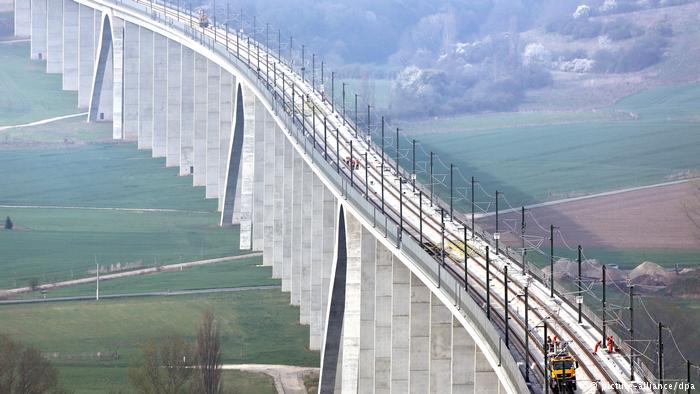 What did all this technology, effort and money bring? The shorter train ride of 4 hours makes it an alternative to airline travel. The ICE trains go city center to city center and have less delays than planes, making it a fast, comfortable and reliable alternative. I generally prefer trains up to 4 hours of travel over planes and the German train company DB expects to drastically grow its market share on the route to Berlin from 20% to 50%.

It couldn’t come at a better time with the collapse of airberlin, Lufthansa is now the main airline serving the route, planes are full and prices are already on the rise! DB is adding up to 10,000 seats per day to this route, which should provide some much needed competition. The new standard price is EUR150, but frequent travelers get discounts up to 50% and I’d expect discounted tickets (Spar Preis) to come to market sooner or later.

Unfortunately, the new train started with some bad PR, when the train had technical issues on the return journey. I’d expect DB to overcome those issues sooner than later. And while many locals complain about how “tardy” DB has become, you need to know that a schedule deviation of more than 5 minutes is considered a “delay” – I wish airlines would strive for that level of timeliness…

I love to travel by train in Europe and can’t wait to give this new route a try. It’ll give visitors a chance to combine Berlin and Munich, two of the most popular cities in Germany into one trip – and do it all in comfort. You can enjoy a meal on the train, work via WiFi or just relax instead of going through security, check in and other “features” of air travel! Give it a try!

If you’d like to get more travel related news like this from around the world, please follow me on Twitter – I’m posting news daily, so you can stay up to date on the world of travel with my Twitter updates! Or, for a weekly update, sign up for my newsletter for a Sunday Summary!
You can find more details and pictures at Deutsche Welle! Photos courtesy of Deutsche Bahn.