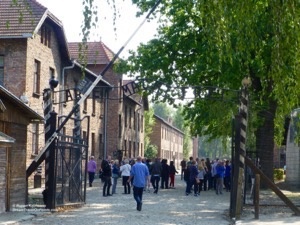 My Baltic Explorer trip brought me to Krakow, one of the most popular cities to visit in Poland, and steeped in history. And part of the reason to visit was a trip to the Memorial and Auschwitz Museum for the holocaust at the concentration camp Auschwitz/Birkenau. It remembers one of the darkest periods of mankind’s history and it should be on the itinerary of anybody visiting Krakow!

Adolf Hitler’s Nazi regime planned the holocaust, the systematic extermination of Jews, gypsies and regime enemies. Starting in 1933, the Nazis built concentration camps to imprison them all over the controlled territory. Starting in 1942, extermination camps were built in Eastern Europe to gas millions of people, mostly Jews. Auschwitz was one of the initial concentration camps, built to isolate them and house them for forced labor. It was even shown to humanitarian organizations as a “model camp”. Starting in 1941, nearby Birkenau was built as an extermination camp, with thousands of people arriving by train daily. Most were taken directly to the gas chambers and cremated, some were kept for forced labor at nearby factories. More than 1 million people were killed at the camp.

While I had studied the holocaust in depth while growing up in Germany and visited camps there, it is difficult to describe the impact of visiting the museum and memorial in Auschwitz – words in a history book cannot describe the horror of seeing the camps and remains of the gas chambers and crematoria. Seeing shoes, glasses and even the hair taken from the victims before sending them to the gas chambers and piled up high is an unfathomable sight, despite having seen the pictures before. 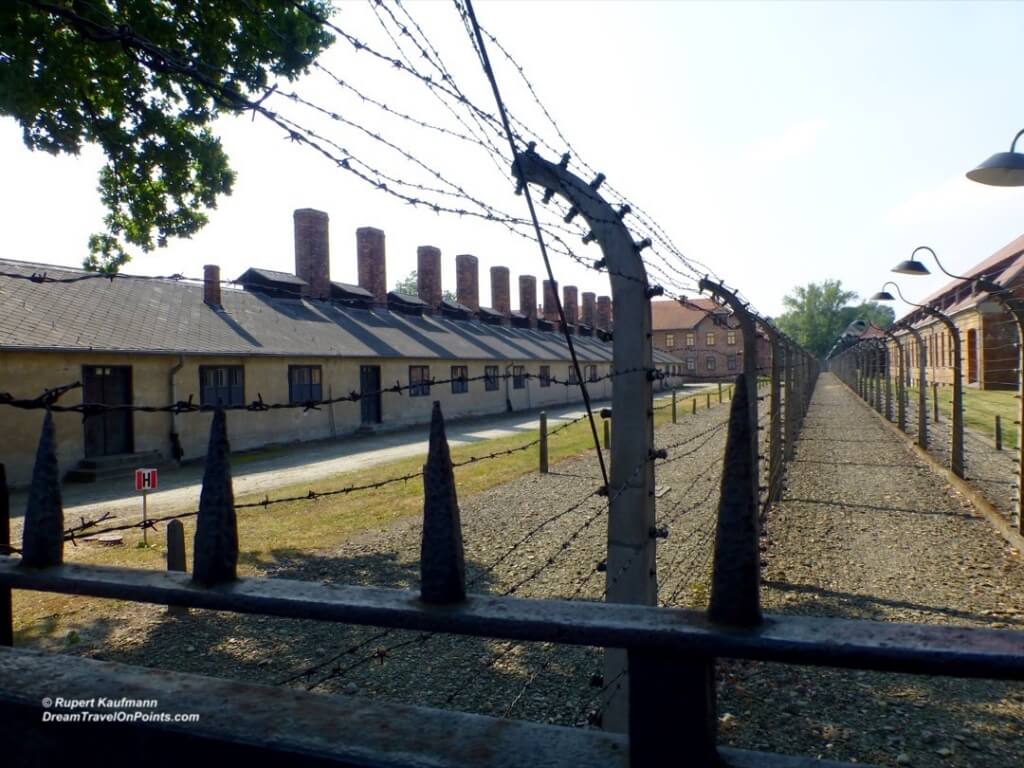 The tour starts at Auschwitz camp and its infamous gate with the cynical sign “Arbeit macht frei” (“Labor will set you free”). It was built from former Polish military barracks and it was not so different from prisons in that era, with each block made up of rooms with cots in three levels, each building having washrooms and toilets. Some of the blocks hold the museum with the shocking history it has to tell. The rooms describe the history of the camp, how people were processed here and the development into an extermination camp. 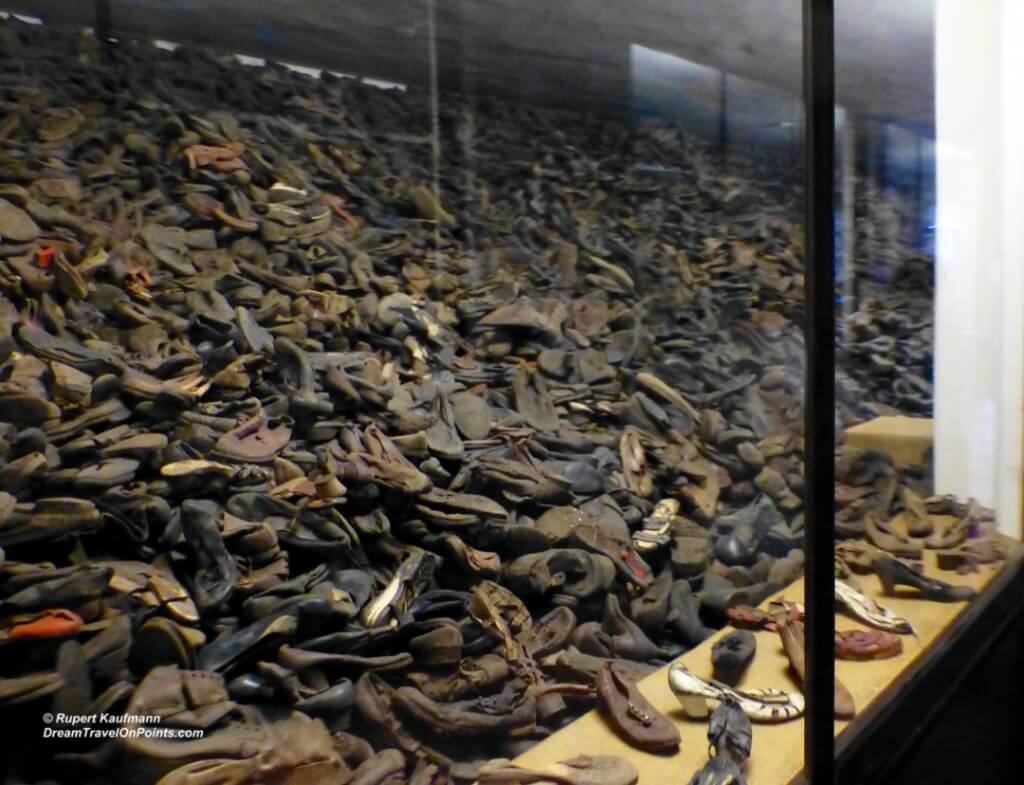 The guides of the Auschwitz museum are providing the grizzly story. The most disturbing sights are the huge rooms filled with the belongings of all the people killed at the camps, from luggages to toys and shoes and glasses and even hair… thousands of them, just representing the people killed in the last few days of the camp… 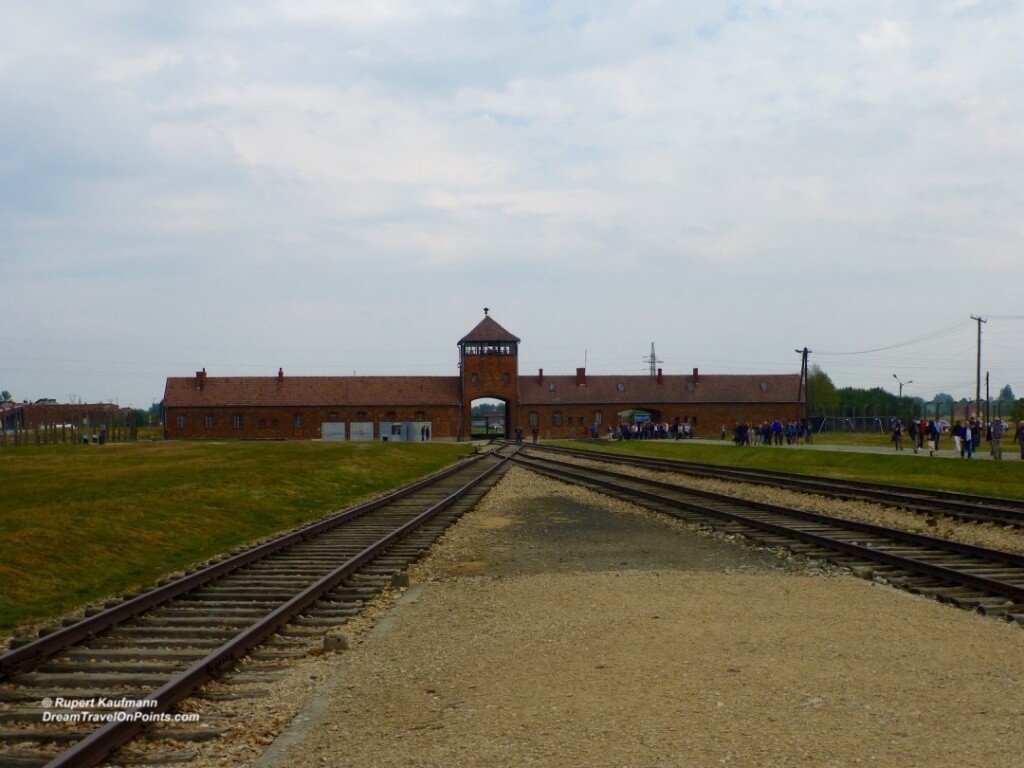 The horror is deepened with the tour to the site of the extermination camp. You see the entrance for the trains through a simple gate to long platforms. There, the victims would be processed and sorted into those fit for slave labor and others to be killed in the gas chambers and burned. 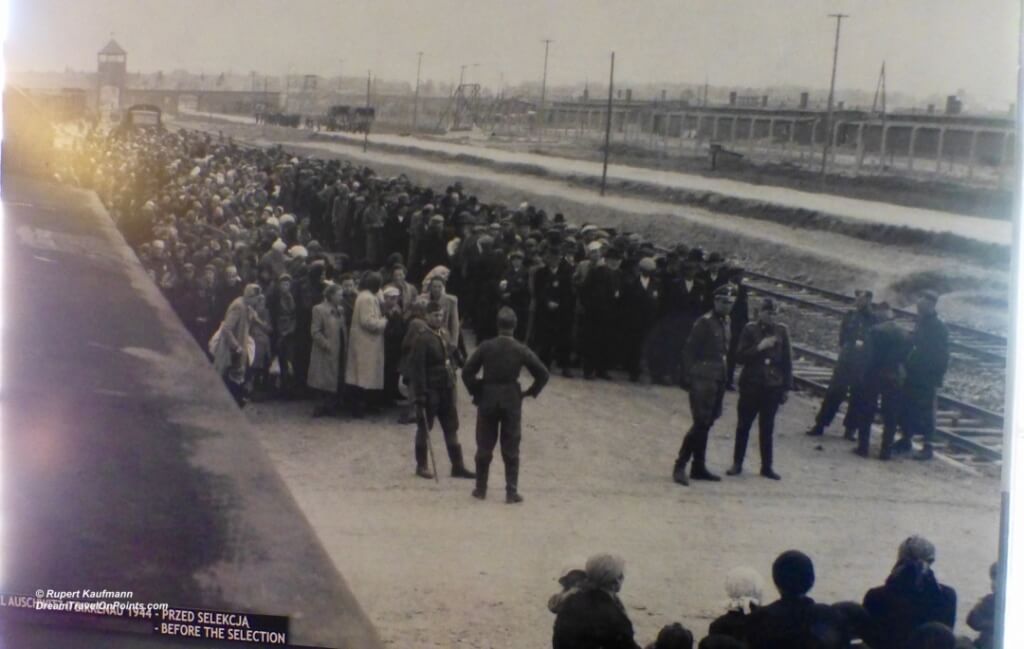 The laborers would be sent to large barracks to stay in horrendous conditions, with people crammed onto wooden planks, separated by brick walls, with little heat or water. They’d have to work until they died of disease, work, cold or lack of food. 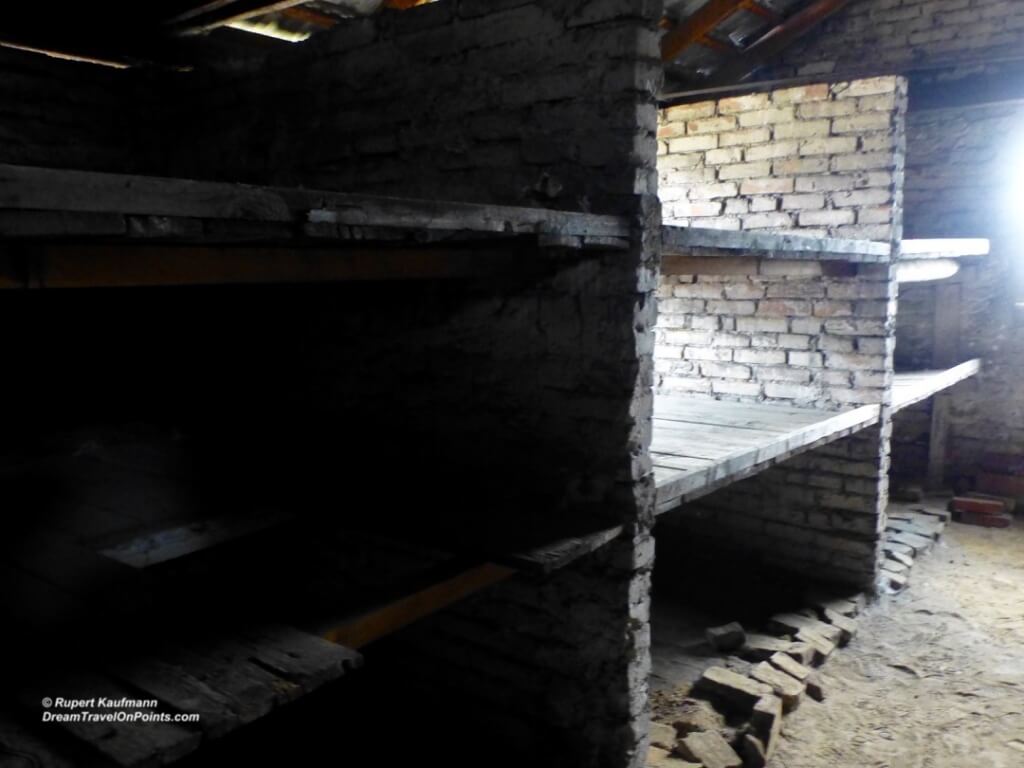 The others would be walked directly to the underground gas chambers and told that they would “take a shower” – cramped into the tigh rooms, gas would be funneled into the chambers to kill thousands at a time, then burned in the ovens right next to them…. 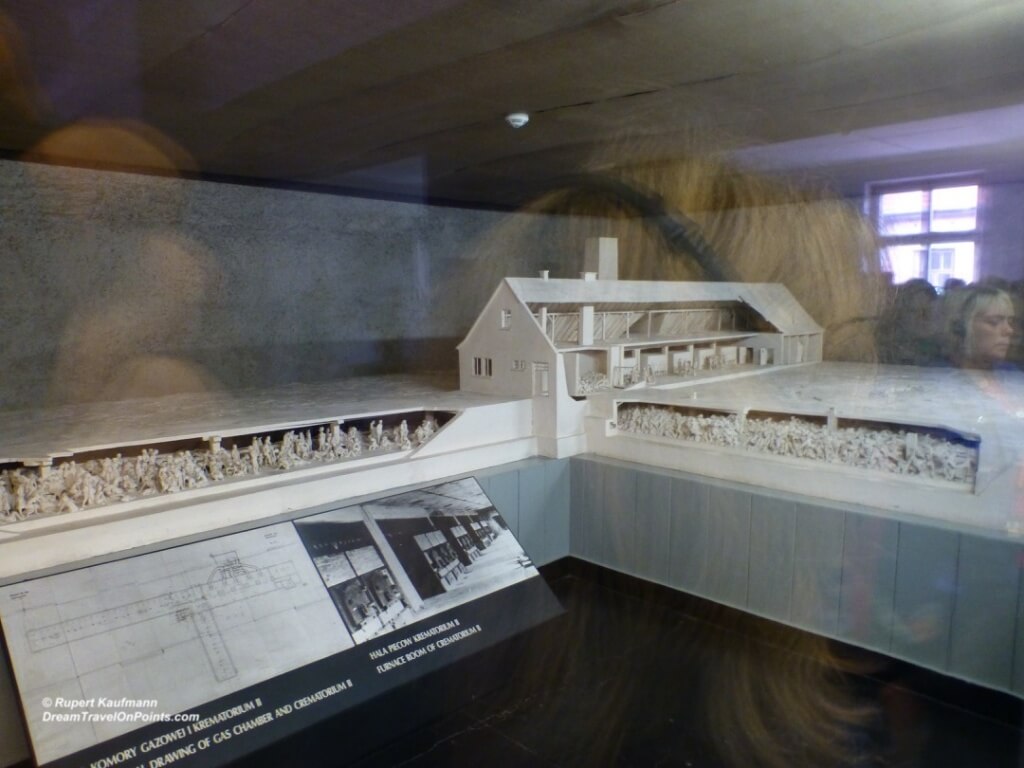 This is the most horrendous experience I have personally seen and despite all my previous study, it’s hard to be prepared for it. Yet despite this, I urge you to visit: The wisdom that “those who do not remember the past are condemned to repeat it” (George Santayana) is true across the generations and while we are not personally responsible for what happened then, we all are responsible to make sure something like this never happens again!

The Memorial and Museum of Auschwitz and Birkenau is about 66km from Krakow or about 1 ½ hours drive. There are a number of tour operators in Krakow, offering day trips to Auschwitz. The drive and tour of the museum and concentration camp at Auschwitz and Birkenau take most of the day, regardless of the operator. The quality of your experience will mainly depend on the guide at the memorial, provided on site, so there is little difference between the operators. While some promise an introduction or video on the bus, my tour didn’t have it and I recommend to view the following video to prepare for the tour. It is a 15 minute documentary, produced by Steven Spielberg in 2015 and narrated by Meryl Streep and you can watch it here!
It is probably one of the most disturbing museums and memorials one can visit, so I recommend that you do take the time to prepare and leave time after the trip to process all you have seen.