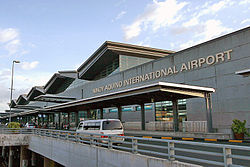 Rumors have been rampant in Manila that the airline assignments to Ninoy Aquino International Airports (NAIA or MNL) four terminals would change this year and now it is official. There will be a big shuffle for many flights starting August 31, 2018, with flag carrier Philippine Airlines moving all international flights to Terminal 1 and low-cost carrier Cebu Pacific moving all domestic flights to Terminal 2. A number of foreign airlines are also moving, so check the new assignments below!

The biggest change is Philippine Airlines (PAL) moving their international flights to Terminal 1, with their domestic flights remaining at Terminal 2, now requiring a terminal transfer for connecting international travelers. Terminal 1 & 2 are relatively close, on he same side of the airfield, and PAL has proposed to build a walkway to connect the two terminals. For PAL does currently not have a lounge at Terminal 1, but several of the old lounges have been closed and I hope that a new PAL lounge will finish in time for the switch.

The second big change is Cebu Pacific moving all domestic flights from Terminal 3 to Terminal 2. In an odd twist, the low-cost carrier operated for a few years out of the newest Terminal 3 that was designed as the International terminal and PAL had exclusive use of Terminal 2. This will make transfers from international to domestic flights a lot more difficult as the two terminals are on opposite sides of the airfield. It’s unclear, if Cebu Pacific will offer an airside transfer (like PAL did for a while) or passengers will be required to exit security and take the public terminal shuttle.

A number of international airlines will relocate from the old international Terminal 1 to the new Terminal 3, a desirable change. To my surprise, Thai Airways is among the airlines remaining at T1, instead of sharing T3 with StarAlliance partners Singapore Airlines, EVA and ANA! Etihad, Saudi and Japan Airlines also remain at T1.

The remaining domestic flights, mostly AirAsia and SkyJet, will remain at domestic Terminal 4, the oldest, smallest and least convenient terminal. You can see the overview in the infographic published by the Philippine Information Agency: 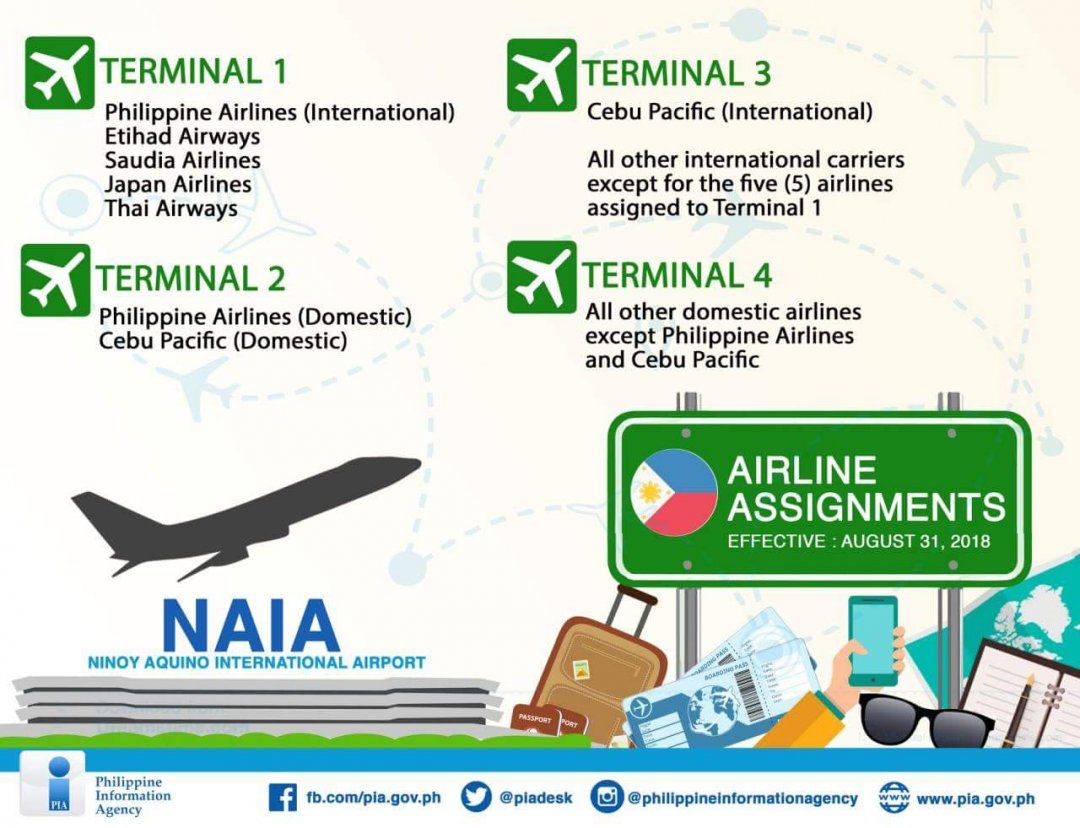 All changes are effective August 31, 2018. If you are planning to travel around that date, I recommend to check with your airline shortly before the departure date to avoid surprisesIf you’d like to get more travel related news or deals like this from around the world, please follow me on Twitter – I’m posting news daily, so you can stay up to date on the world of travel with my Twitter updates! Or, for a weekly update, sign up for my newsletter for a Sunday Summary!