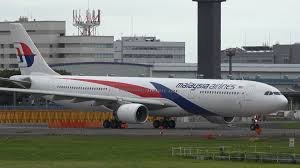 Malaysia Airlines has suffered a string of bad news from the disappearance of MH370 and the shot-down MH7 over Ukraine to the economic spiral the airline has been in for years. Now, they have been caught with a serious safety issue when flight MH134 was scheduled for departure from Brisbane. The ground crew and pilots forgot to remove the covers from the pitot tubes, required to measure air speeds. The plane took off and was forced to turn around and land in Brisbane to address the issue. Fortunately, nobody got hurt!

What happened: The pitot tubes are used to measure air speed on a plane. The airspeed is especially critical to know for the pilot and the onboard computers during take off and landing to ensure the plane is at safe speeds. How important they are become more widely understood when an Air France Airbus A330 had frozen speed probes that delivered false speed data and contributed to the plane stalling and crashing into the Atlantic. 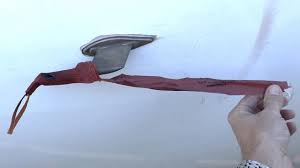 The tubes can be covered on the ground to avoid dirt or insects getting into them. The covers are bright red and have long tags “Remove before flight” to make sure they are not missed. Apparently, neither the ground crew, who is supposed to check, nor the flight crew who is required to do a walk-around as part of the pre-flight check paid any attention and missed them.
As if this wasn’t bad enough, the flight crew didn’t pay any more attention during taxi, as the instruments should have been giving a warning about false measurements, and took off anyway. They climbed to 10,000 feet, before deciding to turn around and land in Brisbane again. The plane landed safely and nobody was insured.

The Australian Transport Safety Bureau (ATSB) called this a serious safety incident and is investigating. They are expected to deliver a final report in a few weeks.

While you could say “no harm, no foul”, I have higher expectations when it comes to air travel safety. And this was not a simple error, but a whole series of them. The first mistake was that the ground engineer didn’t spot it and reported the plane safe to fly, the second mistake that the flight crew either didn’t do a safety inspection outside the plane or didn’t pay attention. The third mistake was that they apparently didn’t pay any attention to the instruments either, as they would have indicated an issue with the airspeed during taxi.
All of this points to some serious problem with the flight crew training and flight operations at Malaysia Airlines.
And that isn’t the end of the story, as the plane was still on the ground in Brisbane a week later, reportedly with mechanical fluid leaks.

What should you do: While airplane accidents are very rare and air planes are the safest way to travel, when something goes wrong, many lives can be impacted. That’s why rules for air plane operations are very tight – and incidents like this are closely inspected. Failure in maintenance, ground or flight operations or a poor attitude towards safety as demonstrated here are serious issues and need to be addressed.
I’ve avoided Malaysia Airlines due to their horrendous customer service, but this adds another layer of concern.  Gaps in pilot training or supervision are serious issues and there is no excuse for disregard of safety procedures I recommend that you consider service quality and safety when choosing your airline, not only price and the most convenient schedule.
After this incident, Malaysia Airlines will stay at the bottom of my list of airlines to consider!