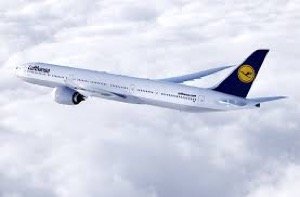 Lufthansa has announced their new Business Class seats that will be installed in their new Boeing B777-9 airplanes and they are finally moving to an all aisle access configuration! The new seats will be exceptionally long at 2.2m and include the option for “throne seats” with plenty of desk space on both sides. The seats will roll out with the new plane starting in 2020.

Lufthansa (LH) was late to the flat-bed business class party, only rolling them out in 2013 to replace their angled-flat seats. I had stopped flying LH in favor of United and other competitors offering more comfortable, fully-flat seats. While I really liked the new seats on their Boing B747-8 in the private upstairs cabin, it still didn’t offer aisle access on all seats, putting it a step behind industry leaders, including their own subsidiary Swiss Air!

Apparently, Lufthansa heard the grumbling and developed the new seat with input from 500 passengers. The new Business Class will feature seats in a staggered 1-2-1 and 1-1-1 layout, with the “standard” seats being 220cm (78In) long putting them at the very top of the industry. There will also be “couple” seats in the center (although not as cosy as “honeymoon” seats on other airlines) of the same length and the single center seats that will be slightly less long, but offer lots of desk space on each side and excellent privacy. A similar, but not as generous, seat on Swiss Air had earned the title “throne seat” and was so popular with passengers that Swiss Air started to charge extra for it! 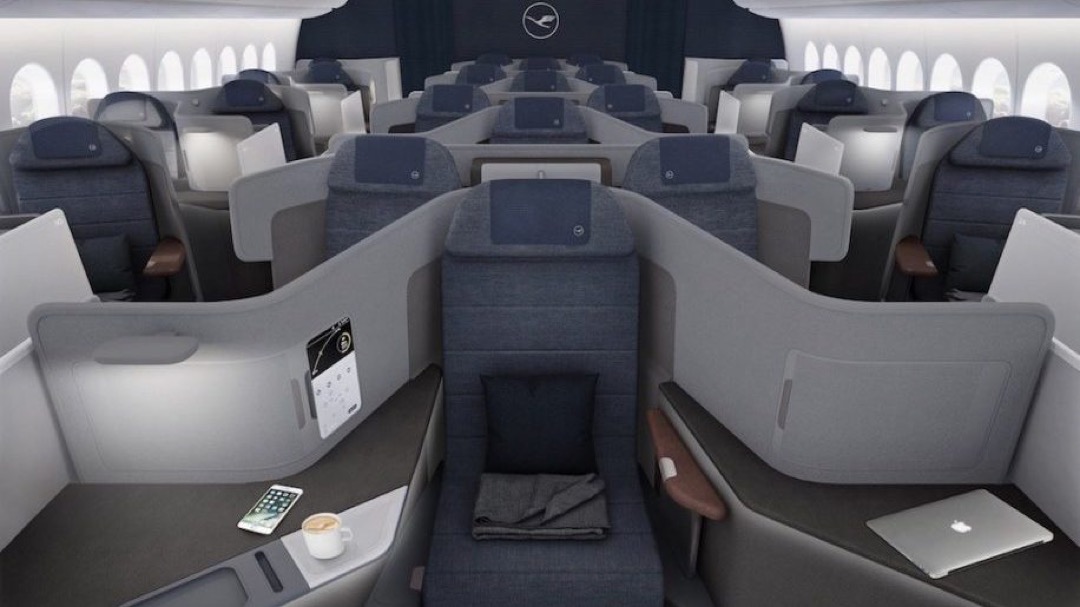 With this significant upgrade to the Business Class layout and seats, LH is eliminating First Class from the B777 that are scheduled to replace existing B747-400 and A340 in their fleet that still carry First Class. Similarly, new Airbus A350 also no longer feature a First Class, making Lufthansa another airline to greatly reduce First Class availability.

Lufthansa previously announced that they are looking to standardize their business class offering across their subsidiaries, so i hope that this seat will also show up on other LH planes as well as at Swiss Air and Austrian Air at some point in the future!