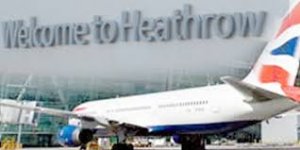 The expansion of London’s Heathrow airport with a third runway has been a never-ending story, going back as far as I can remember. Now, the third runway has been approved by parliament in a decisive vote. But, true to form and history, this is by no means the end of the story: A number of parties, including London’s mayor have already threatened to take legal action in an effort to stop it. What will it look like, when is it likely to happen, how much will it cost – and what will it mean to the traveler?

To understand the controversy, you gotta have a little background: London’s Heathrow Airport (LHR) is quite frankly a mess – opened during colonial times and expanded and renovated in a patchwork effort over the decades, it is one of the least traveler friendly airports in the world. I stopped flying through it after my luggage was lost in the black hole that is LHR baggage operations for a week. Flying in and out of LHR isn’t much better with taxiing and bus rides that feel like you landed in Scotland and outdated terminals, facilities and infrastructure.
It’s also one of the most expensive airports with sky-high departure fees. Because the airport long exceeded its design capacity, the landing slots are just as expensive, making it near impossible for new flights to be launched and giving British Airways & Friends a cosy low-competition environment.

That lack of capacity has led to demand for air travel being re-directed to other airports in the London Metro, including Gatwick, Stansted, Luton and London City, making New York’s choice of three airports look downright paltry. Yet, for anybody who ever had to connect from Heathrow to one of the other airports for a connection sure understands the benefit of ONE large airport for connections.

Hence, the desire to expand Heathrow airport by adding a third runway and increasing the capacity from 480,000 take-offs and landings to 740,000 (54%), enabling passenger numbers to grow to 130 million from 78 million last year.
Countless options have been considered, including extending a current runway, expanding Gatwick airport or even building a new (sixth!) airport from scratch. There was lots of pushback, based on the increased noise and pollution to the immediate neighbors this expansion will ultimately cause, and in the century of NIMBY’ism (Not In My BackYard), that’s not a surprise. But despite the promises of politicians, you can’t have your cake and eat it, too. If you want to travel, grow business and prosper, you need to build the infrastructure to do so – or stay home and stagnate.

So, what will the Heathrow expansion actually look like? It will add the third runway parallel and to the North of the existing runways, linking it with taxiways to the current structures. It will require infrastructure investments as well, for example the nearby highway to be put into a tunnel underneath the runway. You can see the masterplan below: 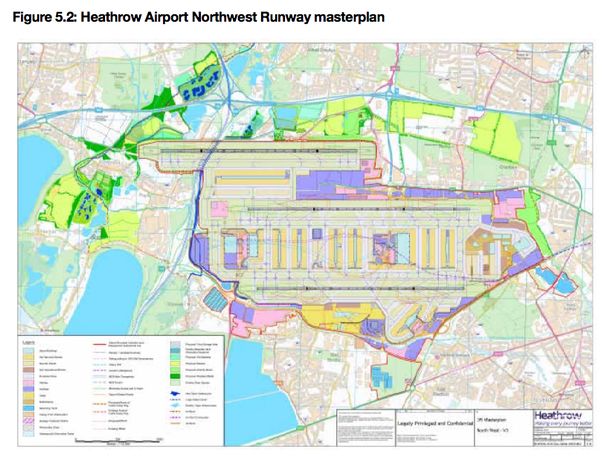 It will also force the sale of some homes (at up to 125% of market value, and airport fences to closing in on other homes. While the increased number of flights will increase the noise, new planes create much less noise than before. I’d venture a guess that most people living near the airport moved their when planes were already flying overhead their homes…

The project would cost the staggering sum of  GBP14 Billion, all privately financed, without cost to the tax payer. While that might be true on paper, I’d expect the infrastructure needed to get millions of extra travelers to and from the airport will require investments by the government. The project is supposed to start in 2021 and finish in 2026, but I would expect some sizeable delays, given the history to date, even if it wouldn’t be as catastrophically managed as the new Berlin Airport…

For travelers flying from, to or through London, the expansion will offer more choices and likely lower costs and more convenience. New landing slots would encourage more competition on existing routes and new airlines serving new destinations, increasing choice. For British and International travelers, this development is mostly positive as far as I can tell and I am glad to see this expansion go ahead.

For more maps, photos and details (as well as snarky British commentary), you can check this article!
If you’d like to get more travel related news or deals like this from around the world, please follow me on Twitter – I’m posting news daily, so you can stay up to date on the world of travel with my Twitter updates! Or, for a weekly update, sign up for my newsletter for a Sunday Summary!