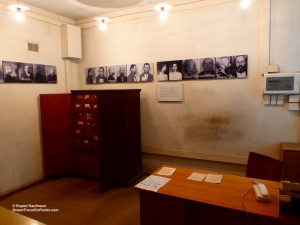 If you want to learn about Riga’s and Latvia’s modern history (and I did), there are a few museums that will provide you with a lot of information. Latvia’s history since independence after World War I to occupation by the Soviets in 1940, Nazi Germany in 1941 and again by the Soviets in 1944, until independence in 1991 is a tough story to take in, but it’s a story worth hearing and well worth the time!

A good place to start is the Museum of Occupation. While it was historically on Town Hall Square (and there still is a small exhibit), the main exhibit is now in a newly opened museum on Raina Bulvaris, between the canal and the Radisson Blu Ridzene. The small museum does a great job describing the history from the initial Soviet occupation in 1940 until independence in 1991. For each phase, there are a number of wall panels providing an overview of the key events, places and the impact on Latvia. What brings the story home though and really gets under your skin are videos with excerpts of hundreds of interviews with people who share their horrific experiences. Hearing from people how they were pulled out of their homes and deported to Siberia, seeing their little brother or sister die from hunger on the trains or cold in the Soviet Far E 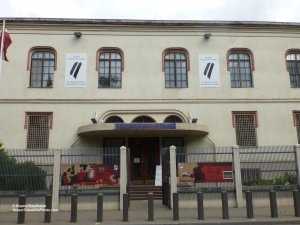 ast is shocking. Seeing old videos and personal accounts from men being sent to the Russian GULAG for nothing more than being a church member, and enduring the freezing cold and hard labor in mines or on railroads and street, with only 100 grams of bread, makes the history uncomfortably real! The period of Nazi occupation documents the cold, hard numbers of death to the local Jewish community and gypsies. Hardest to learn for me was that the terror continued for decades after the war, throughout the Soviet period, all the way to 1991! There is no entrance fee, but donations are appreciated. 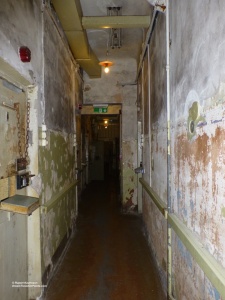 To really understand how the Soviet system worked, it is helpful to visit the KGB Corner House and Museum. It describes how the KGB or Cheka enforced a system of terror, spying on the population, isolating anybody perceived as a threat to the Soviet regime and using psychological and physical torture to extract confessions and condemning the “guilty” to execution, prison or deportation to Siberia. The museum is located in the very building that housed the KGB for five decades. In addition to the museum rooms that provide an overview of the history of the KGB in Latvia (no entrance fee), there is also a guided tour (5 EUR) available that I highly recommend. The guide will take you through the actual rooms somebody who had been arrested would be taken through: From the registration to the interrogation rooms, the cells for groups and solitary confinement, the courtyard and, for many, the execution room! Our guide was able to not only talk about the building and history, but describe in frighteningly real terms how the KGB would conduct the interrogations and use torture in the pre- and immediate post war era, as well as how the approach changed later, yet continued all the way until the end of the Soviet regime in 1991! While it certainly is not a “fun” place to visit, I think it’s important to understand the darker periods of mankind’s history to ensure it doesn’t happen again! The museum facade is currently under renovation, making it hard to find the entrance: It’s on the South-West corner of Brivibas Iela and Stabu Iela. The English language tour is at 10:30am and, despite the large group, well worth it and key to the experience!

The last part to this history tour is the small 1991 Barricades Museum in Old Riga near the Dome. It describes in a few rooms how the Latvians fought for their independence. While the Iron Curtain fell mostly without violence, the Soviet regime did not let the Baltic republics go quietly. Troops tried to occupy Riga after the declaration of independence in January 1991 and again in August 1991. 10,000s of Latvians took to the streets and built barricades around key buildings in Old Riga and the city center to prevent Soviet shock troops to take them and re-instate Soviet power. In the ensuing struggle, a number of locals died for the independence of their country! Unfortunately, the information panels in the museum are only in Latvian, but there are English information sheets available and I’d recommend to watch the movie. Even without English subtitles it gives some chilling insights how much the independence of Latvia was on a knifes’ edge for a while! There is no entrance fee, so I’d recommend to poke your head in and watch the movie for a while to round out this tour of recent Latvian history.

I realize that for many people a museum is the last place they want to be on their vacation, especially if the history is such a tough story to hear. Yet, it is this very history that shapes any place we visit and if you want to understand a place better than studying its (recent) history can certainly contribute to it! You can find the locations on my Baltic Explorer Map!