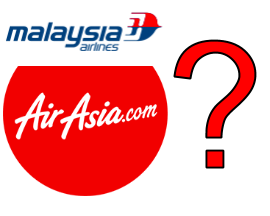 Over the last year there have been 3 tragic air plane disasters, with the – still unexplained -disappearance of Malaysian Airlines flight MH370 a year ago, the shooting down of MH17 over the Ukraine and the loss of Air Asia Indonesia QZ8501. And people are concerned about flying Air Asia or choose other airlines over Malaysian Airlines, despite higher prices. Yet, here I am, having bought 11 tickets on Air Asia as part of my ASEAN Explorer and two round-trip flights to Nepal and Europe on Malaysian Airlines later this year – have I gone crazy?

No, I think I’m perfectly sane – at least with regards to my airline choice! After every tragic air incident and the inevitable coverage in the media, there will be studies that show that air travel is still the safest way to go. According to an MIT study, you could, statistically, fly every day for 123,000 years and still be safe. Your chances of dying on a bus are 16 times higher than on a plane, 20 times higher on a train and 200(!!) times higher in a car. Even biking is more dangerous and so is walking (and it’s the pedestrians fault in 80% of the cases!)! You can check out this article on Business Insider for some of the numbers or google it for countless other studies. 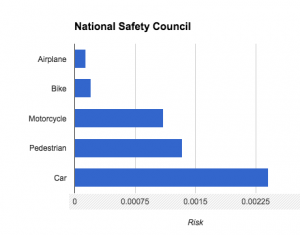 Ok, so flying in general is safe, but what about flying with these two airlines? Some reporters made the link from the incidents to the regional air traffic control and administration: In the case of Air Asia, there seemed to be issues with the flight plans and necessary approvals and in the case of MH370 the warning that it was off course was delayed. The region is made up of developing countries, growing rapidly and lacks some of the coordination across countries you find in Europe. They also lack the experience, funding and maybe discipline you find elsewhere. While these issues need to be addressed, they didn’t cause or contribute to the accidents and they apply to all airlines, whether it’s Lufthansa, United or Air Asia. I’d consider that a marginal risk you will encounter as soon as your travel takes you outside the most developed countries.

Whenever these tragic accidents happen, of course the question is asked, could the airlines have avoided it? Looking at what is known about the accidents, so far there is no indication that they could have. The terrible shoot-down of MH17 over Ukraine could have happened to any airline. While there is still no cause for the loss of MH370, there is no indication of technical problems, weather issues or, based on the recent report, psychological issues with the crew that Malaysian Airlines could have foreseen. For Air Asia QZ8501, weather has been identified as a contributing factor so far, but pilot error or technical issues have so far not been ruled out. And, thankfully, these tragic accidents do contribute to improvements in overall air traffic safety, as new issues that are discovered are addressed. 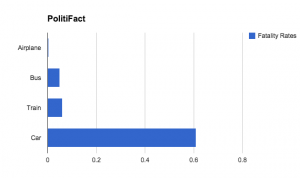 Are some airlines safer than others? You can check out AirlineRatings.com for their assessment of the safety of airlines – I feature their ratings in all my airline overviews (see examples of United, Cebu Pacific and Philippines Airlines). While Air Asia and Malaysia Airlines have relatively low ratings, they are in the company of Southwest, Ryan Air and easyjet – airlines millions of passengers would never think twice off flying! Maybe Lufthansa or Quantas are 10% safer than Air Asia, maybe 20%… even if in your estimation, they are twice as safe (which there is no data to suggest so), you could fly daily for over 60,000 years and be 100 times as safe as in your car on the way to work – and that sounds pretty good to me!

With the risk of a deadly accident less of 1 in 45 million flights, and the causes of airline accidents in the past being so diverse, the chances of any of us “picking” the right or wrong flight are immeasurably small. And considering how very, very small the risk is overall, I don’t want to let it cloud my travel plans – I’d rather worry about how to get safely from the airport to my hotel or just across the street! If you feel more comfortable picking a highly rated airline with an 8 out of 8 star safety rating over others, please by all means, do so! These tend to be the large network carriers and I have spent most of my millions of flight miles with them! I’d take an economy seat on Singapore Airlines over Air Asia any day. But I’d also take 11 flights on Air Asia over 1 flight on Singapore Airlines and I wouldn’t let it stop me from reaching a beautiful destination, because it is outside the big guys network or the fare is beyond my budget! If you want to manage your transportation risks, your best bet is still to focus on the highest risk: Be careful as a pedestrian and biker, or when in a car, bus or train – just a little more attention and care will make a bigger difference to your safety than any airline choice ever can! So, watch where you are going, wear a helmet on your bike, buckle up before you drive – and enjoy your next vacation flight! Regardless of airline, you will be as safe as you can be – once you get out of the taxi and make it across the road…