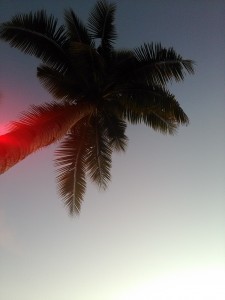 Boracay is famous for it’s soft, white sand beaches and clear warm water and has won plenty of “best island” awards. It’s the most popular tourist destination in the Philippines and has welcomed millions of visitors! I’ve been to Boracay several times and found it to have some of the finest sand, warm water and friendly locals to greet you. But there are problems in paradise and Philippine President Duterte, known for cursing out everybody from the Pope to President Obama, called Boracay a “cesspool” – he stated “You go into the water, it’s smelly. Smell of what? Sh**”. Is it really that bad? Should you cancel your trip?

The Philippines are an island paradise with more than 7,000 islands. And Boracay is still a beautiful island with some of the softest, whitest sand you’ll find anywhere, and, to say it upfront, you shouldn’t cancel your vacation over the ruckus.
But the Philippines are also a developing country with weak rule of law and systemic corruption. A small bribe can get you out of small trouble – and a bigger bribe out of most problems, if you are well connected. And that has left many towns or islands with plenty of problems, and that’s unfortunately true for Boracay as well.

With the media fame and popularity came a growing number of visitors – and the need to provide more hotels to house them, more businesses and staff to serve them and more infrastructure to support them. And as much as Filipinos are known to be gracious hosts, they are not known for following rules and regulations strictly.
Apparently, hundreds of small businesses and informal housing for workers was set up and connected to a storm drain, instead of the sewer system, resulting in the waste water running straight into the sea.

This is certainly an environmental problem and an embarrassment for the Philippines and its government. And the handling of the situation by the President is not what a PR agency or tourism board would recommend. But the public shaming had an immediate effect: The government is now moving to shut down the offending businesses, to remove illegal housing and to stop the pollution. It’s likely to force some of the lowest-paid workers off the island as the housing is removed and to close some of the smallest businesses.

Most visitors to Boracay will not be impacted by this. The run-off is to the windward side of Boracay and Bulabog Beach. It’s popular with Kite Surfers and I’d recommend to staying on White Beach and skipping the surfing until the situation is resolved. White Beach is not hit by the pollution, the water and beach are clear.

If you have already booked or planned a trip to Boracay, I’d recommend to stick with your plans. While this is an unfortunate situation, there should be no direct impact on your vacation, as long as you stick to White Beach and the Western side of the island, with hotels like Friday’s, The Strand, White House or Uptown!. If you absolutely don’t want to go, there are plenty of alternatives in the Philippines, like Coron and Palawan!

You can read local news coverage (in English) here! If you’d like to get more travel related news like this from around the world, please follow me on Twitter – I’m posting news daily, so you can stay up to date on the world of travel with my Twitter updates! Or, for a weekly update, sign up for my newsletter for a Sunday Summary!