I have used TripAdvisor for years and have mentioned it many times on this blog, mostly for its reviews of hotels around the world. I have used TripAdvisor to find hotels at new destinations for years, have read hundreds and written quite a few. TripAdvisor has helped me found some great hotels – but it also has let to some surprises and disappointments. Today, I’ll review what’s great about TripAdvisor – and what some of the problems to look out for are, when looking for a hotel!

What’s great about TripAdvisor? What made TripAdvisor popular and makes me going to the site is the pure number of hotels reviewed and the number of reviews provided. I found this especially helpful in these situations:
You are traveling off the beaten path: Many expert reviewers tend to stick with the top destinations. For example, many points & miles bloggers don’t seem to venture past Hong Kong or Singapore in  Asia – try finding a review of hotels in Laos or Cambodia on these blogs. TripAdvisor has more than 400 lodging options in the small town of Luang Prabang, Laos – one of the most relaxing towns I’ve been to! The top 10 hotels have between 280-700 reviews each! That certainly is more than enough critical mass and more than any other review site! 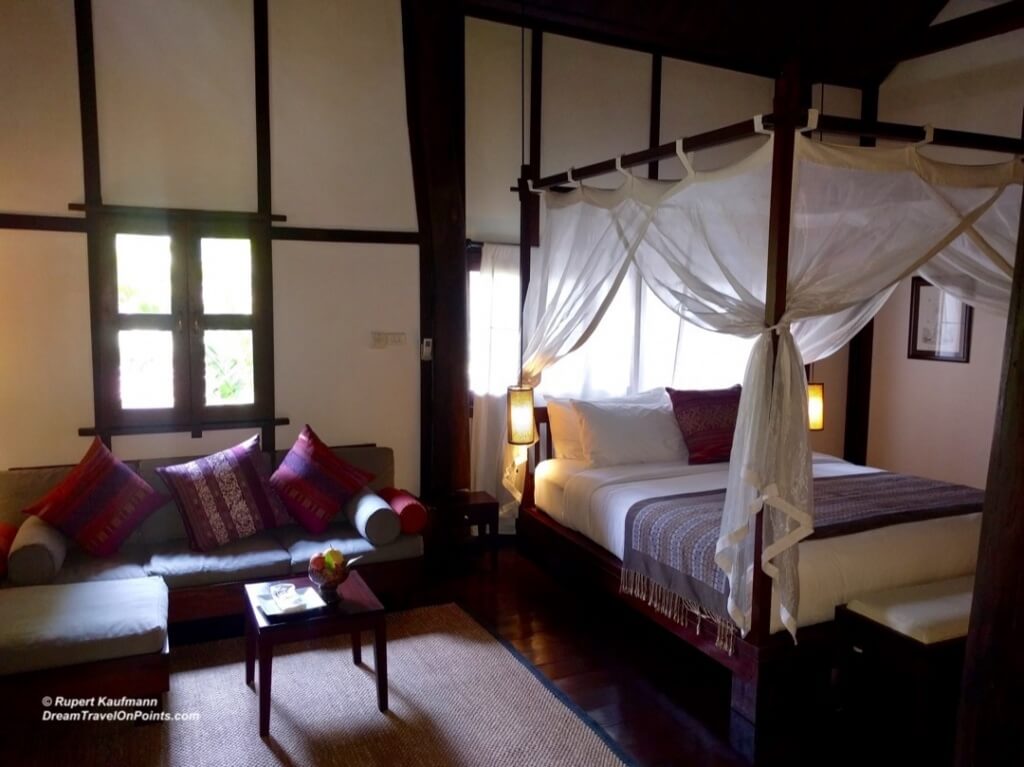 You like independent hotels: The US market has a higher percentage of chain hotels than other regions, making it easy to have a reliable and familiar experience in new places. TripAdvisor is great to take the risk out of staying at independent hotels you’ve never heard of. You can try a more unique hotel with personal service without risking a disappointment. And I found independent hotels to often be a little cheaper than a comparable chain hotels – those marketing fees have to be paid somehow!

You have very specific preferences, likes or dislikes: If you need something very specific for your stay or you have pet peeves that can ruin your trip, TripAdvisor is your friend. Among the 100s of reviews per hotel, chances are somebody has mentioned what you like or hate in their reviews. You have to work and can’t afford bad wifi? Do a quick search among the reviews and you’ll know if people rant or rave about the wifi! Traveling with your four-legged friend? Search and find out how pet friendly the hotel really is!

Fake reviews: You’ll frequently read reports of fake reviews on TripAdvisor, sometimes estimating that as much as 40% of reviews on the site are fake. Some hotels pay outright for reviews and have staff, family members or hired help on online contract sites write them. Others incentivize guests to leave 5-star reviews: Once, I saw a number of reviews for a hotel praising it – but it wasn’t even open yet! Or on a trip to Mexico, I had booked at a relatively new hotel that had shot up to the top of the TripAdvisor rankings for the town. I was disappointed as the hotel didn’t offer anything that in my eyes justified to high ranking. On my departure, the owner offered me a free night stay, in return for leaving a review  – that certainly explained the high ranking as plenty of people seemed to have taken him up on the offer! Other hotels try to guilt guests into leaving 5-star reviews by suggesting that customers contact the front desk if there is anything preventing a 5-star review. Even if a hotel was just mediocre, it might not have anything that the hotel staff could fix, like a bad location or the need for a major renovation, but some people might feel like they are obligated to give a 5-star rating because they didn’t voice any specific complaints. While TripAdvisor is trying to filter out fake reviews, you have to expect some of them to be less than genuine.

Service Issues: Hospitality industry research repeatedly has shown that most travelers value location, price and room quality most when booking a hotel. Yet when you read hotel reviews on TripAdvisor, especially 1-star reviews, you’ll frequently find complaints about rude staff as the main or only reason for it. Often, it is a single interaction with a staff member that doesn’t go well that results in the searing review. A rude waiter, a slow check-in or a denied upgrade or late checkout can all result in a 1-star review. And while those situations have spoiled some of my hotel stays, sometimes it’s not at all the hotel’s fault, for example reviewers changed their mind and were upset they didn’t get a refund (after booking a non-refundable rate) or they didn’t get an room upgrade (when the hotel is full or they don’t have elite status). When I read the most recent 1-star reviews and they include only issues like this, I typically dismiss them.

Location issues: Sometimes hotels get penalized for issues that really don’t have anything to do with the hotel experience or are not differentiating it from others. Examples of this are complaints about homeless people near hotels in San Francisco or noise in city hotels – any hotels in those destinations will have those issues and the hotels can’t do much about it. It’s often people who are not familiar with those cities that leave the bad reviews.

Expectation mis-match: Also often related to inexperienced reviewers are bad reviews given when expectations were not matched, but I’d not consider it the hotels fault! This is frequently related to the price of the room, for example in expensive destinations or during peak season. A mid-scale hotel in San Francisco can easily exceed $300/night these days. While that is outrageously expensive, it’s not really the hotels fault – other hotels in San Francisco are just as expensive. Or frequently American travelers complain about small rooms in Paris. Yet they are all small – you won’t find the generous rooms you find in Texas there!

You’ll find the mirror image of this problem at the other end of the spectrum: Sometimes in South East Asia, the top rated hotel will be a $10/night hostel. I’m sure it is a nice hostel with friendly staff, clean sheets and maybe even hot water, earning it the raving reviews from backpackers – but for less budget-minded travelers, it won’t qualify as the “best” hotel in town.

And that leads to the last category of issues I’ve found with TripAdvisor reviews, how representative the reviewers really are for YOUR needs. Different people have different things they look for in hotels, so it’s important to understand if the reviewers are representative of your needs. While TripAdvisor doesn’t publish the demographics, there is some information available. For example, US residents are a large percentage of users. I found that that leads to poor reviews in Asia compared to reviews on Agoda which is the leading booking engine in Asia and has lots of reviews by locals who understand the local markets much better, resulting in more helpful reviews. Or, in general, women tend to write more reviews, and might have other preferences than guys.

Conclusion: TripAdvisor has plenty of problems with their reviews, yet I will continue to use them to find good hotels. I do recommend to look beyond the ranking and take some extra steps to avoid disappointments:

Filter the results to match your needs. At a minimum, you can specify your budget or hotel category and narrow the location to what you need. Read some of the best and worst reviews to see if best and worst things about the hotel are important to you. And, lastly, check another site before you book to avoid becoming the victim of fake reviews. You can check Trivago for an evaluation of hotels or read expert reviews on travel sites and blogs for a more in-depth look at hotels, something you won’t find on any crowdsourcing review site that relies on quick, no-cost reviews!