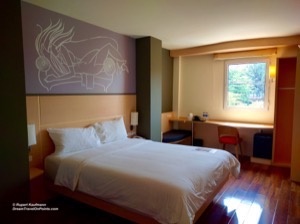 After almost 15 years, I planned my return trip to Vientiane, the capital of Laos. It’s a small and very walkable city, so I was looking for a reasonably priced hotel in the heart of the city and the ibis Vientiane fit the bill. It turned out to be as good as the Number 8 ranking on Tripadvisor promised! 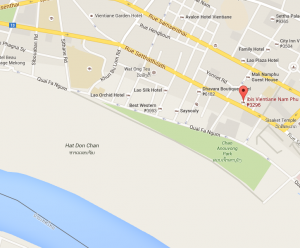 Location: The ibis is in the historic heart of the city on one of the two main roads that form the inner circle. You have a number of popular cafes, bars and restaurants within an easy 10 minute walk and can also see the main sights on foot or go for a stroll along the Mekong river front in the evening. The airport is only 4km away from the city center, a quick 15-20 minute drive.

Service: The front desk was friendly and found a room for me despite the early check in. English, similar to many of the local restaurants and shops, is spoken but limited. I’d consider 1-2 of the staff to be fluent and the rest to speak enough to assist with standard tasks and requests. The restaurant staff was equally friendly and attentive. While the breakfast is mostly buffet style, they’d bring made-to-order eggs, coffee or bread I’d put in the toaster when finished. They’d clear tables quickly and the restaurant always looked clean and inviting. Housekeeping did their job well, yet I never heard or saw anybody during my stay, so you can sleep in or work from your room in peace. 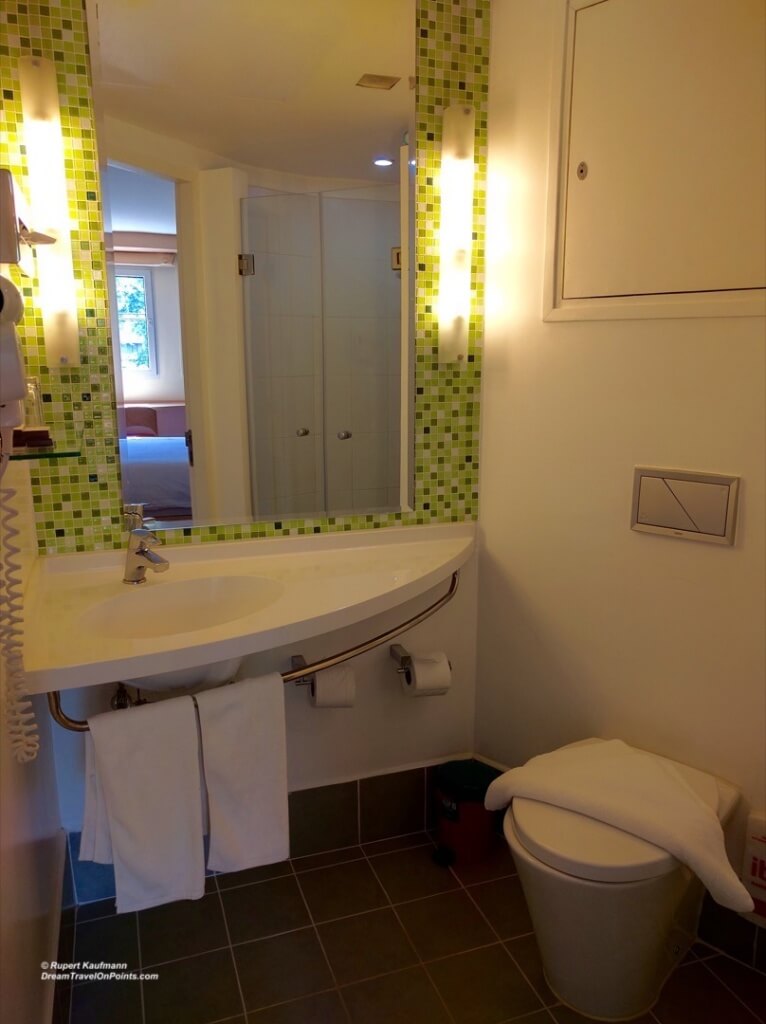 Room: The rooms are comparable to other ibis hotels in South East Asia. They are slightly larger, have beautiful, dark hardwood floors (instead of laminate) and larger artwork. They have a small safe (a 11in laptop fits), TV, fridge and tea/coffee kettle. The bathroom is compact, but functional. The shower tiles in both rooms I saw had some stains and bad grouting, but it was in overall good condition. The internet at the ibis was surprisingly fast at an average of 4Mbps and reliable – something I did not expect necessarily in Laos, so you are in good hands for work or casual use. 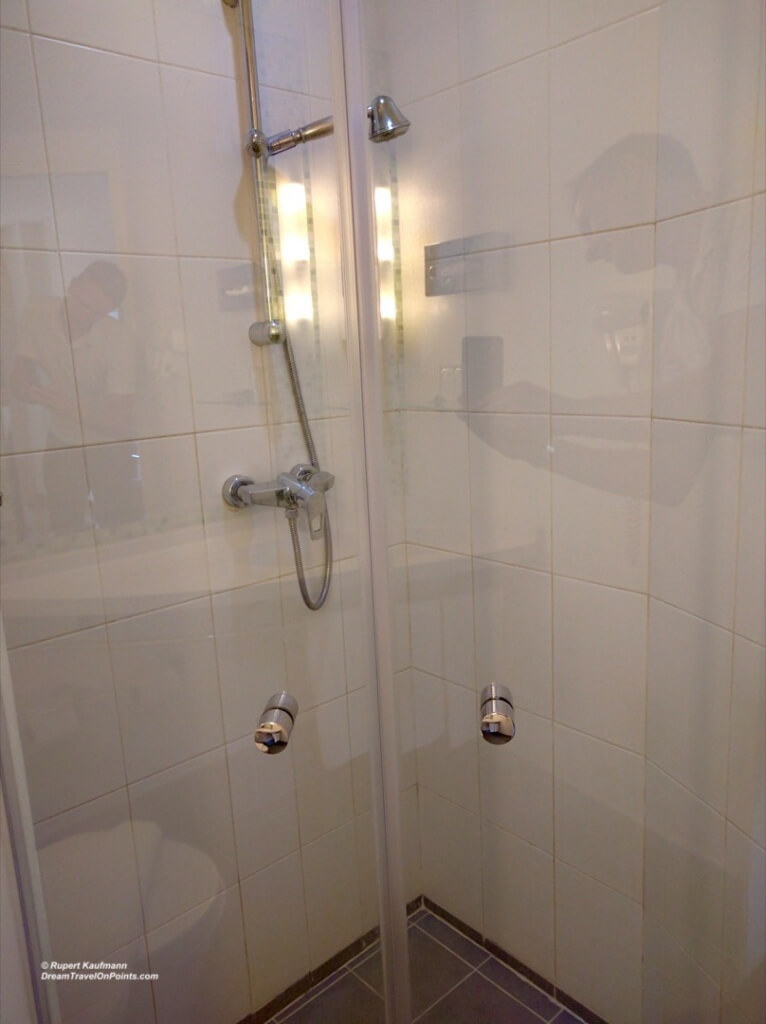 InsiderTip: The ibis is on one of the two main roads and has a lot of traffic flowing by. The rooms to the front (x11-x15) are very noisy day and night. I asked to switch to the back (rooms x01-x08) and was moved. While my room’s window looked on other buildings nearby and there was some noise from a nearby bar at night, it was much quieter and I slept without noise issues! 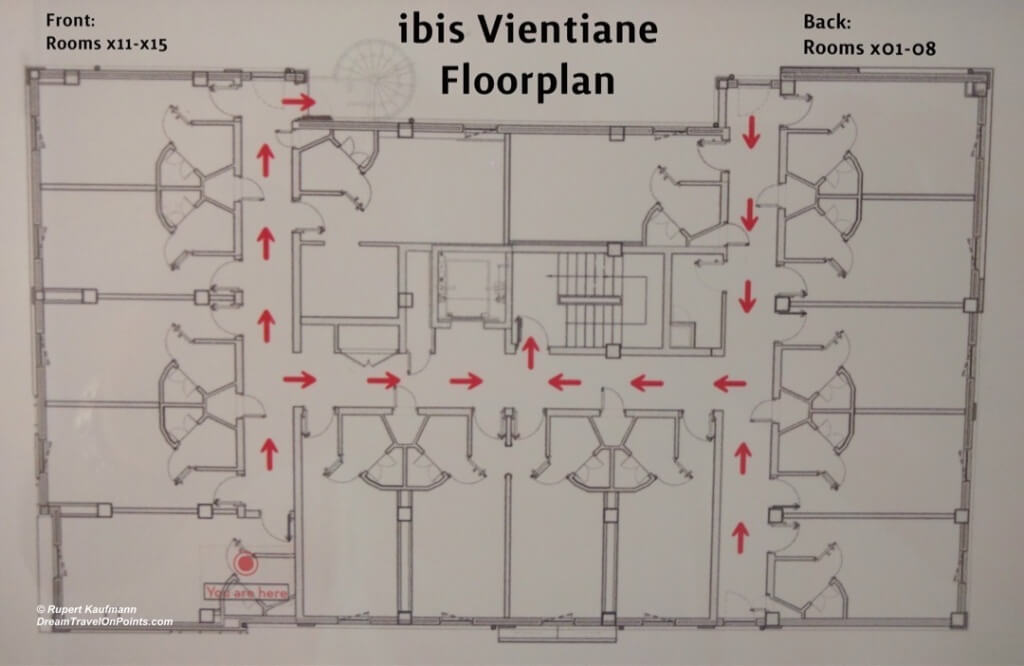 Amenities/Restaurant: The ibis Vientiane has a small bar and all-day restaurant. I had breakfast every morning and the buffet consists of a small selection of bread and croissants, fresh fruit, homemade yogurt  and cereals and coffee and juice. There are a 6-8 hot Asian dishes available and you can order more, including made-to-order eggs, from the cook. The selection of Western dishes from the buffet was smaller than other ibis hotels I’ve stayed at, but the make-to-order counter made for a satisfying breakfast. The quality was also not as good as ibis hotels in Bangkok, which was a surprise considering the many nice restaurants and awesome bakeries available in town!
The ibis doesn’t have a pool or fitness center. There are three computers in the lobby for your use and the front desk can print documents for you. The hotel’s email system must have some aggressive filters – I couldn’t print a boarding pass because it suppressed the images on it!

Conclusion: Vientiane is a walking town and the ibis has one of the best possible locations to see the city, sights and restaurants. The rooms are very nice, service is professional and the price is good value at $72/night (room only). Several new local boutique hotels, as well as the Mercure further out of town and the Best Western on the river are much more expensive – I’d happily stay at the ibis again on a future visit to Vientiane!