EVA Airlines was only launched in 1989 and has gained a great reputation as a 5-star airline in the short time since! While it has grown quickly, it is still somewhat of a hidden gem few American or European travelers know about. Find out what destinations EVA Air serves and what planes they use – maybe they can earn a place in your travel plans? 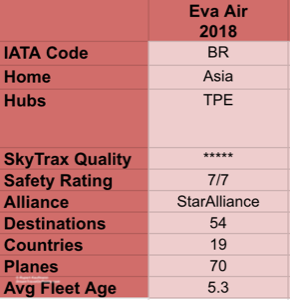 Who are they? EVA Airlines (BR) was founded as a private airline in 1989 by the Evergreen Group and their name stands for Evergreen Airways (officially pronounced E-V-A, so don’t call them Eva!) They are based in Taipei (TPE), the capital of Taiwan. They made a name for themselves as the first airline to introduce a Premium Economy cabin in 1992 – more than 25 years ahead of the US carriers, and also innovating services, resulting in the favorable rankings!
SkyTrax rates EVA Airlines as a 5-star airline, putting them in exclusive company with Singapore Airlines or ANA! EVA Air has been in the SkyTrax Top 10 consistently since 2015.
AirlineRatings gives EVA Air a perfect 7-out-of-7 star rating for airline safety, same as other premium airlines. They have met all applicable audit requirements and never had a fatal crash.

EVA Airlines Destinations: EVA Air serves 54 destinations in 19 countries, a much smaller footprint than its Asian competitors. The majority of destinations is in Asia, with a strong focus on China. Domestic airports in Taiwan as well as a number of destinations in China are served by EVA’s short-haul subsidiary UNI Air.
EVA Airlines has been very successful on routes to North America, now serving 8 airports in the USA and Canada, including San Francisco, Los Angeles, New York and Toronto.
In comparison, the network to Europe is still very thin, only including Amsterdam, London, Paris and Vienna. To my personal surprise and disappointment, Frankfurt and Munich in Germany, the largest hubs of StarAlliance partner Lufthansa, are not served by passenger planes!
And equally surprising, only Brisbane is served in Australia. I would guess it has to do with route overlap with their domestic rival China Airlines, also based in Taipei.
You can see their current route map below, courtesy of the EVA Airlines website: 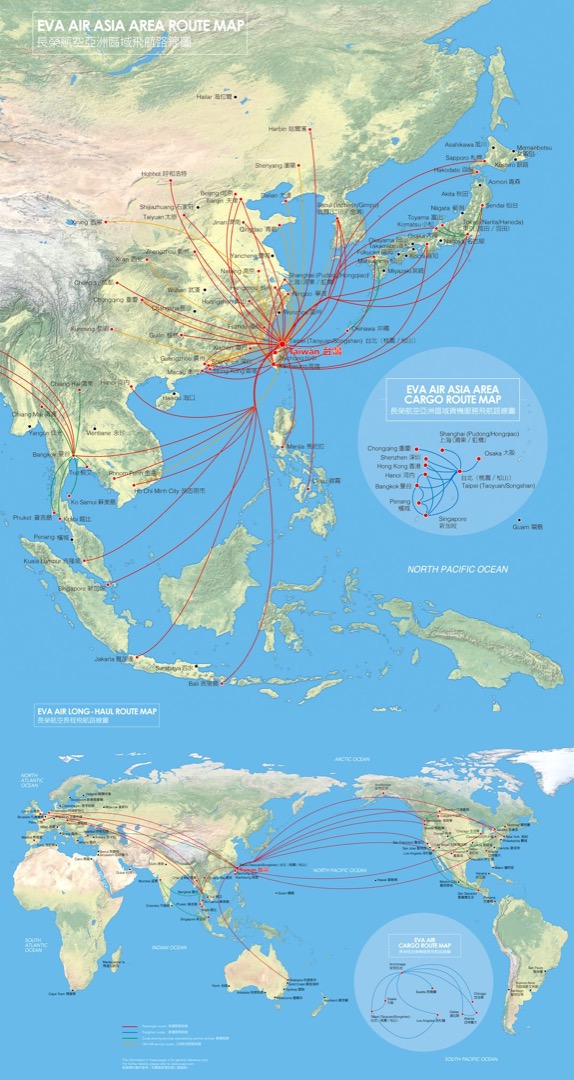 EVA Airlines Fleet: EVA Airlines operates a very young fleet of 70 passenger planes with an average age of 5.3 years only. Their flagship plane is the wide-body Boeing B777, with new Boeing B787 entering the fleet and a number of Airbus A320/321 and A330 also in the fleet.
EVA Air offers Business Class, Premium Economy and Economy cabins in different configurations across their fleet. To keep travel bloggers on their toes and passengers confused, EVA Air has three different business class products. Their flagship Royal Laurel class offers flat-bed seats with direct aisle access on their Boeing B787/B777 long-haul planes. On Airbus A330 planes used for mid-haul flights, Premium Laurel (business) class is offered, with angled-flat seats in a 2-2-2 layout, so . you are missing out on direct aisle access. And on the narrow-body A320/321, Business Class is fitted with recliner chairs for short-haul flights. 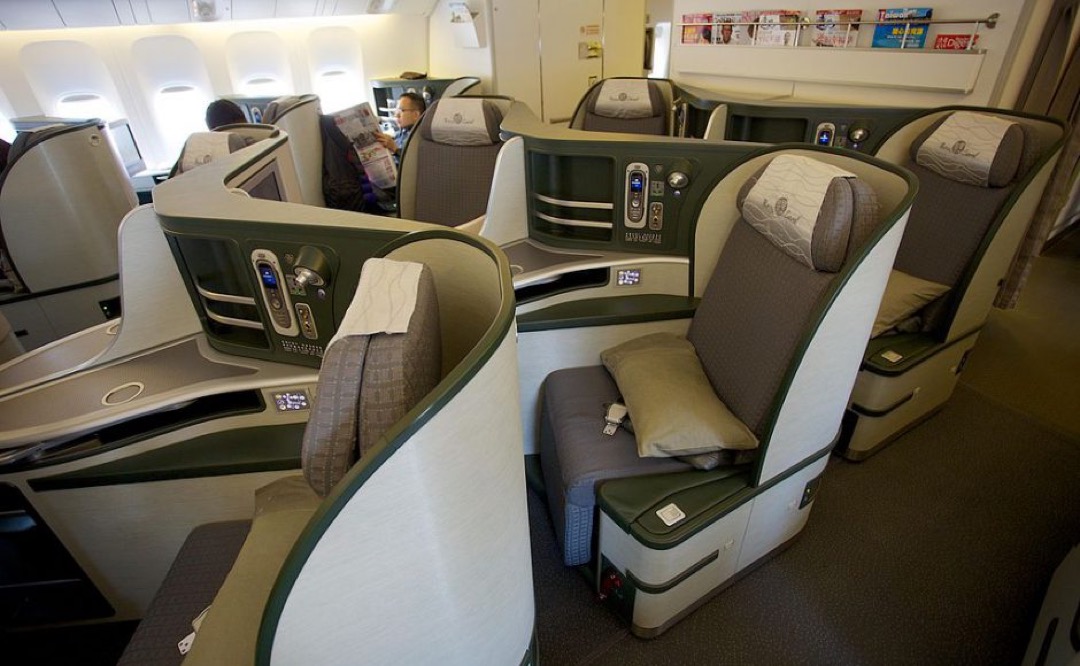 The world’s first Premium Economy class is only offered on their flagship Boeing B777 planes, with more spacious seats and larger video screens. The basic Economy Class is offered on all planes, but differs in amenities. The short-haul Airbus A321 don’t offer personal video screens, while the long-haul planes do. 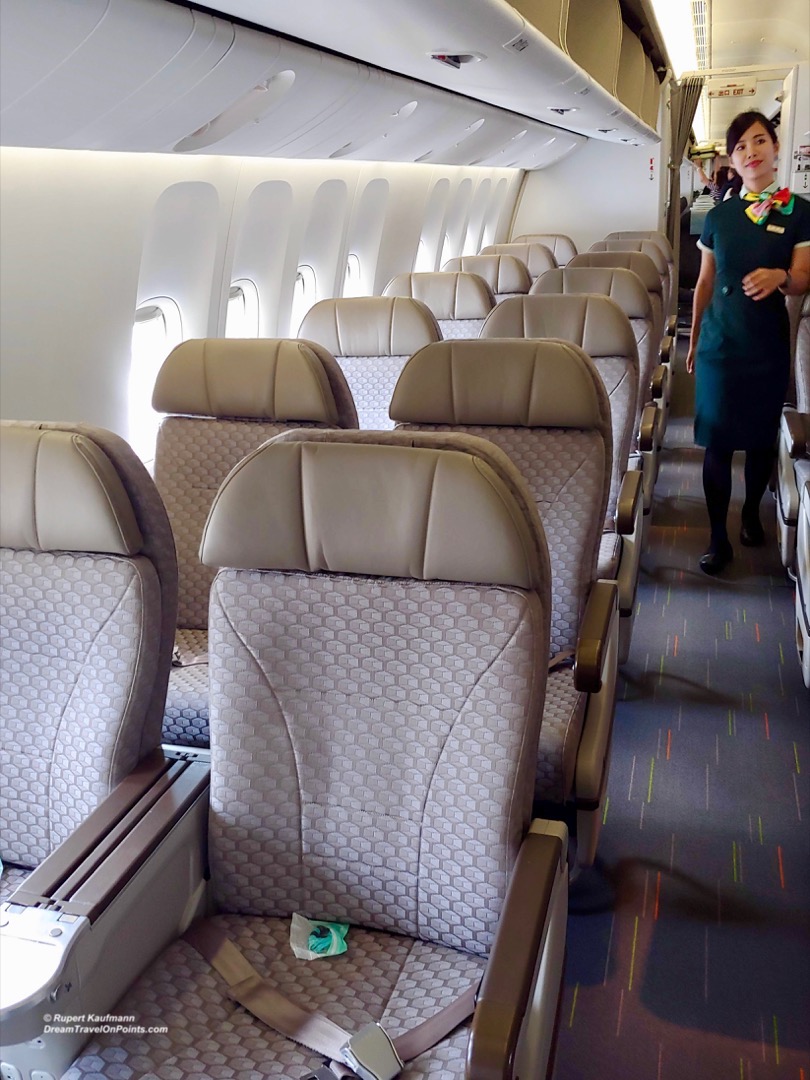 The mixed fleet and configuration of planes makes for varying experiences on EVA Airline flights, so check out my reviews of the different cabins before you book to make sure it meets your expectations.
For a premium airline, I prefer Singapore Airlines approach to offer a consistent experience across different planes, so regardless of wether you are just on a short hop or a connection on a long day of travel, you’ll have the same seat. And a last-minute swap of planes won’t drastically change your travel experience.