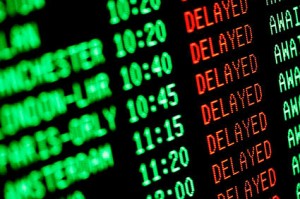 The European Union has some of the strongest consumer protection with regards to flight delays – you can get up to EUR600 for flight delays. Now, a European court has ruled that this also applies to international flights were a second flight, operated by a non-EU airline is delayed. That further strengthens passenger rights and limits the excuses airlines can make to avoid payment! Find out the details below!

EU regulation 260/2004 defines that if you are denied boarding, your flight is cancelled or arrives more than 2-4 hours late on arrival at the final destination stated on your ticket, you are entitled to compensation depending on destination and distance:

EU courts previously clarified that mechanical or staff issues are the responsibility of the airline. Only issues outside of the airline control, like the volcano outbreak in Iceland, qualify for an exception. 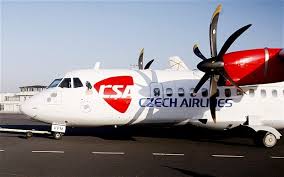 In the most recent court case, travelers had booked a ticket with Czech Airlines from Prague to Bangkok. The Czech flight from Prague to Abu Dhabi arrived on time, but the connecting flight to Bangkok on partner airline Etihad was delayed by more than 8h.
Czech Airlines had denied the delay compensation because their flight was on-time and the delay of the Etihad flight was outside their control.
The court now ruled that when a traveler purchases one ticket that includes multiple segments, the carrier selling the ticket is responsible for the full trip, regardless of who it utilizes to deliver individual components of the trip.

This is another important clarification for consumer rights – carriers can’t reap the benefits of airline partnerships and then shirk the responsibilities. So, if you are purchasing a ticket on an EU airline that involves flights on non-EU airlines, you still have a right to the full compensation under EU260/2004 from the EU airline that sold you the ticket.

You can find more details on EU260/2004 regulation and how to make your claims here!