Eithad Airways is the flag carrier of Abu Dhabi and only launched operations in 2003. In only 15 years they have become a 5-star airline known around the world for their premium cabins and great service. Find out all the facts & figures about Oman Air destinations, fleet, safety and quality!

Who are they? Etihad Airways (WY) was launched in 2003 as the second airline in the tiny United Arab Emirates, following in the successful footsteps of Emirates to build a global hub in Abu Dhabi. Etihad is based at Abu Dhabi Airport (AUH), just an hour South of Dubai.
Etihad has grown rapidly and now serves more than 80 destinations around the world with a fleet of 112 planes. 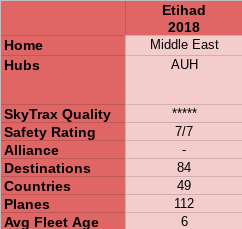 SkyTrax rates Etihad Airways as a 5-star airline, ahead of local rival Emirates (4-stars).
AirlineRatings gives Etihad a perfect 7-out-of-7 star rating for airline safety, with no fatal incidents in its history.

Etihad Destinations: Etihad Airways serves 84 destinations in 49 countries on all continents, leveraging its location to offer one-stop service via Abu Dhabi around the world. Some of the longest flights include Sao Paulo, Brazil, Sydney, Australia and Los Angeles, USA, all served non-stop from its hub. They still serve a number of secondary destinations, like Belgrade, Serbia, or Dueseldorf, Germany. Recent financial challenges have forced Etihad to terminate some routes and it’ll be interesting to see how they handle their vast network going forward! 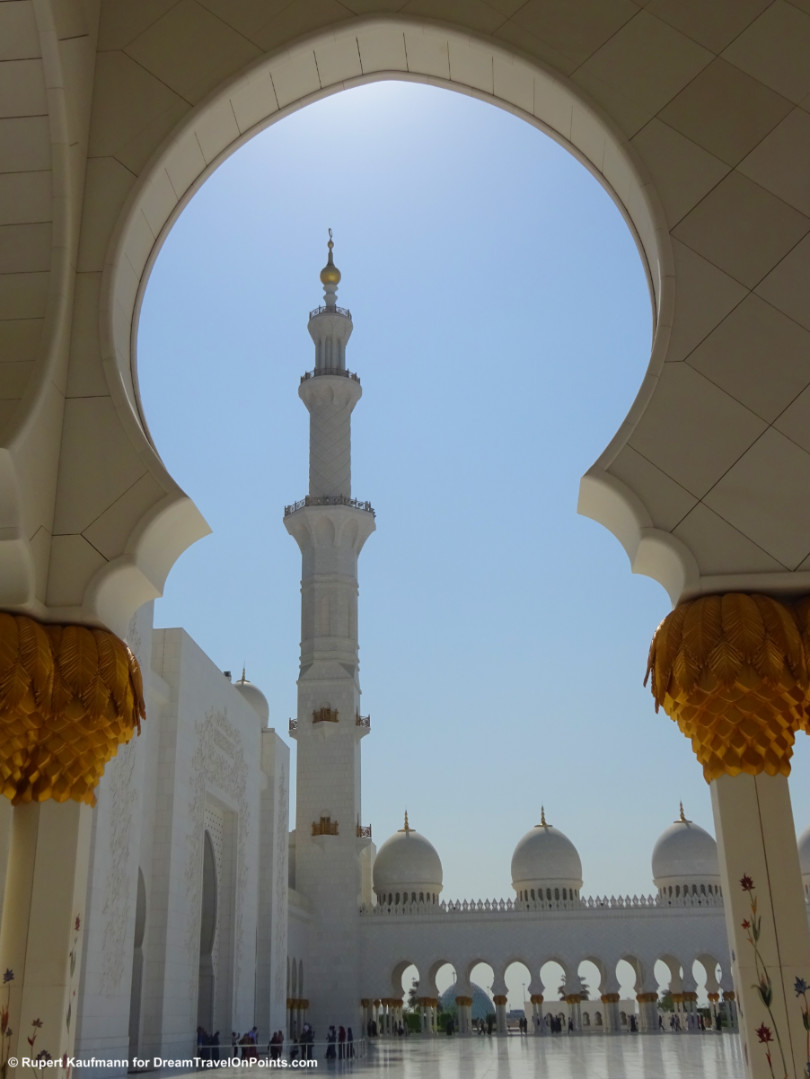 Etihad Fleet: Etihad Airways has a fleet of 112 planes with an average age of 6 years, one of the younger fleets in the sky. Only 32 of those planes are single-aisle Airbus A320/321 planes for short- and medium-haul routes. The majority (80 planes) are widebody planes from both Airbus and Boeing, including Airbus A330 and super-jumbo A380 as well as Boeing B787 and B777. Despite having only been in business a short time, Etihad has retired a number of older planes, keeping their fleet fresh!
Short- and medium-haul routes are served by Airbus A320/321 planes, configured with Business Class offering recliner seats (similar to US First Class or International Premium Economy) and Economy Class in a standard 3-3 layout with a generous 32in seat pitch.
Widebody planes used on long-haul routes offer Economy Class and fully flat seats in Business Class. Some planes also have a First Class cabin configured with enclosed Suites and onboard showers. The flagship Airbus A380 offers “The Residence”, a unique three-room  suite with its one shower that made headlines when it was launched and has no competitor to date – unless you count private planes!

The Residence Shower, photo by Etihad