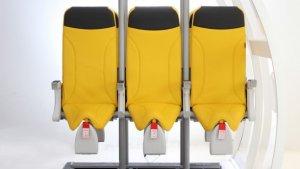 If you thought that airline travel in Economy Class couldn’t possibly get any worse than today, with 28 inch seat pitch, no recline, no luggage, no food and no seat assignment – you could be wrong. At this year’s Aircraft Interiors Expo 2018 in Hamburg, Italian seat manufacturer Aviointeriors introduced the second iteration of their saddle seat, offering a standing-room subway experience on an airplane. According to the company, interest at the trade fair was strong, so brace your knee caps!

Economy Class on many budget carriers and increasingly on legacy airlines (hello, American Airlines) has shrunk to a seat pitch of 28-29 in – the distance between two seats. That’s a tight fit for somebody of my height (1.89m/6ft3) – I have my knees firmly pressed into the seatback in front of me for the duration of the flight.

But with travelers constantly clamoring for lower fares and airlines targeting higher profits, apparently there is still room to squeeze more passengers into planes: Aviointeriors introduced the second version of their saddle seat that offers a saddle seat with an upright back, forcing the passengers to rest on the saddle in an almost standing position. The seat pitch is only 23 inches, allowing for 20% more seats to fit into the same space. The seat weighs 50% less than standard economy seats, saving fuel on the flight. The seat doesn’t have any under-seat storage, so don’t expect to bring any carry-on luggage! 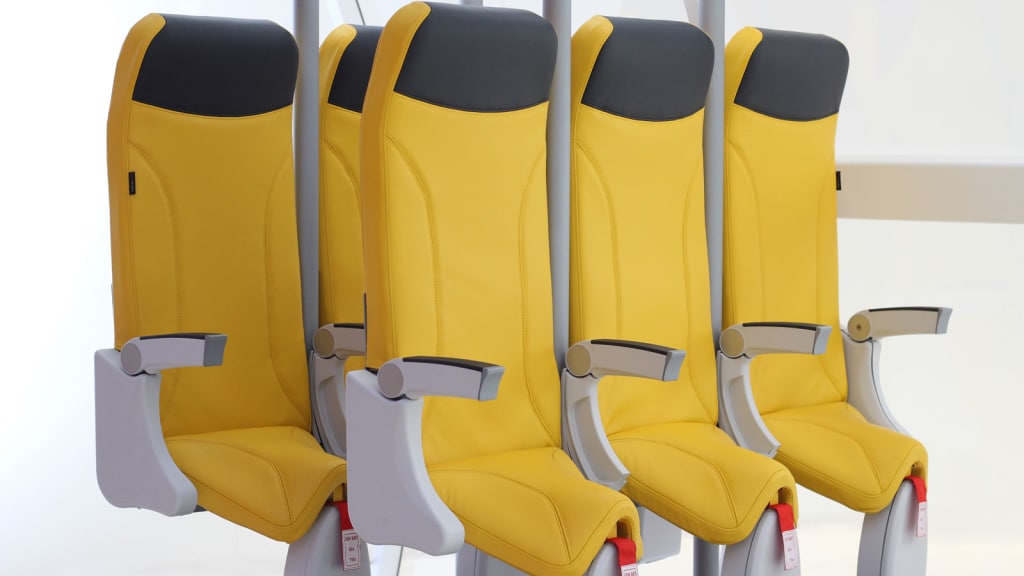 Aviointeriors suggests that cowboys spend up to 8 hours comfortably in their saddle, so a short flight in one of the SkyRiders 2.0 would be just fine. The best use case I can see would be for very short flights of 1 hour or less on inexpensive, high-frequency routes, like Singapore to Kuala Lumpur. If you are paying less than $50 for a flight of under 1h, this seat might be bearable.

But to me, this sounds like a horror trip and I sure hope no airline is desperate enough to install these seats on their planes. There is some hope: The SkyRider 1.0 seat was introduced in 2010, but found no buyers at the time. The FAA also decided not to approve it. And because the number of passengers for a plane does have a limit, most likely and airline that chose this seat would only install some of them, with Premium Economy or Business Class making up the rest of the cabin.