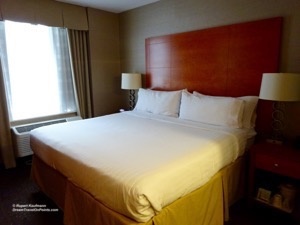 We picked the Holiday Inn Chelsea as our second hotel in New York mainly based on the location – it’s a short walk from the Hotel Indigo we stayed previously and in the neighborhood we wanted to be in. While I was expecting to get less for less in comparison to the Indigo, I was surprised how much less the Holiday Inn offered – it’s about as budget a Holiday Inn as I’ve seen it lately! 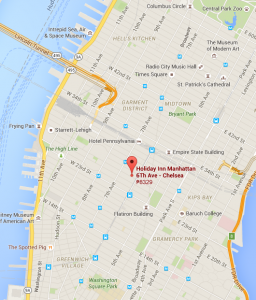 Location: The Holiday Inn Chelsea is located in mid-town, on 26th Street, between 6th and 7th Avenue. It’s 6 blocks from Penn Station with train access to Newark and JFK Airport and 3 blocks to two subway lines, making it easy to get to the hotel from the airport and anywhere around New York. You are also walking distance to the Empire State Building, lots of shopping around Penn Station and all the bars and restaurants of Chelsea! In addition to the Indigo, there are 2 Holiday Inn Express in the neighborhood, at least one is in slightly better locations.

Service: Our check-in at the hotel was quick, though service was perfunctory. While our status was acknowledged, there was no effort made to find us a nice room. Check out was similarly quick. Staff throughout our stay did there job, but made little effort to go above the minimum required.

Room: The room was very small, even by New York standards with very little room to walk around the bed or place your luggage. But what really surprised me in comparison to other Holiday Inn’s I’ve stayed at was the bargain basement furniture used – it looked very ho-hum compared to other hotels in this price class, especially in New York where even mid-scale chain hotels are usually a little stylish, like the Four Points Chelsea. There was a very small closet and small desk, with a TV and coffee maker, but there was no safe in the room, a minimum requirement in this price category! Our room was pretty dark withe no view, making it feel even more glum.  The bathroom was equally small and uninspired, with 80s-style sliding shower doors and a beige’ish color scheme.
Overall, the room was very disappointing and I would have never guessed that it was “newly renovated”. The web site photos are misleading, both in terms of the size (wide angle lens) and lighting (artificial) you will actually find – something I rarely find with large chain hotels these days! 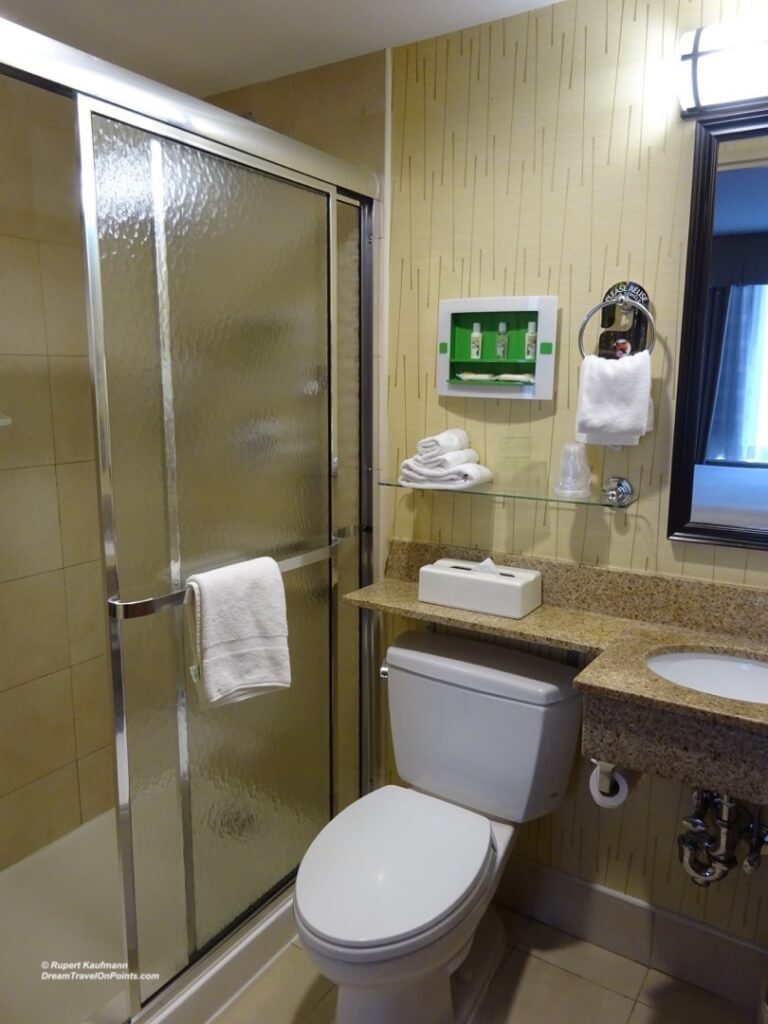 Amenities: There is an Italian restaurant in the hotel, which we skipped with so many options in the neighborhood. You’ll also have access to a business center and a tiny gym, we didn’t use either.

Conclusion: After the very nice stay at the Hotel Indigo, I was disappointed with the Holiday Inn. From the perfunctory service to the small, basic rooms it was certainly not worth the 35,000 points (now 40,000) or $329 cash rate at the time of our stay. Unless I can get a great rate at this hotel, I’d try one of the many alternatives in the neighborhood instead.