Despite the summer busy season approaching, there are still plenty of good international fares to be had: This week’s Deal Dispatch brings you bargain fares between the US and Japan, US and many cities in Europe as well as a business class bargain between Thailand and Australia and New Zealand. Find out all the details below!

Delta and United are in a fare war between US cities and Tokyo, Japan. Tokyo has been United’s hub to Asia for many years and it looks like Delta wants a bigger slice of that pie. You can get your piece from only $372 round-trip! This fare sale includes many East Coast cities that often are not included in discount fares to Asia, like Boston, Philadelphia, Charlotte and Miami! Find all the details at Secret Flying! 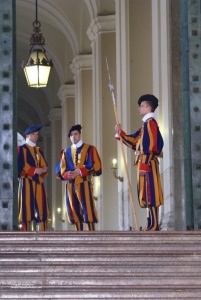 And the fare wars between the US and Europe, all started by Norwegian and Wow Air, are continuing with great fares on United, Delta and American Airlines, with round-trip fares from US cities to many European cities starting at $524. While recently this has been mostly to Scandinavia, Ireland and Turkey, you now have cheap tickets to many popular destinations like Paris, London, Rome, Munich, Budapest and more! You can find more details and tips at TheFlightDeal!

If you are looking to fly between Australia and Thailand, you can do so now in style for less! You can currently buy round-trip fares between the beach destination Phuket, Thailand, and Perth, Sydney, Melbourne or Auckland starting from only $587 in Business Class! Granted, you are stuck with Malaysia Airlines, which I’m actively avoiding after horrible experiences with their customer service. But at those rates you might want to chance it – it’s a fraction of what my preferred airlines Singapore Airlines or Thai Airways charge for Business Class to Australia! You can find more details here!